Kawasaki Brave Thunders, President Nobuo Motosawa’s determination to carry out various initiatives “If it is flat, it will only decline, and we will take risks and attack” –Basket Count | Basket Count 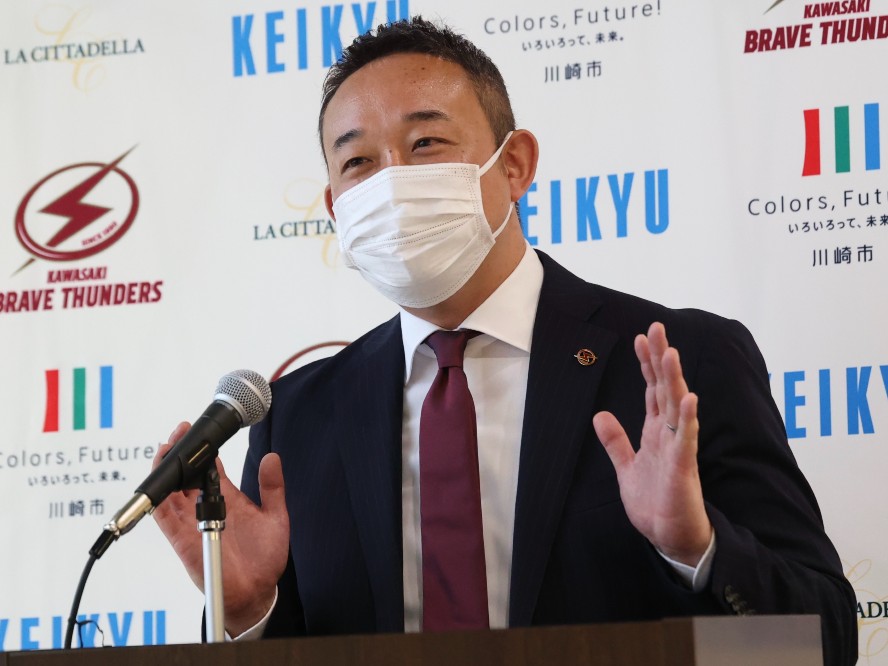 The other day, Kawasaki Brave Thunders announced two major projects. “Kawasaki Cultural Center”, a complex cultural facility with a team office in the building adjacent to Keikyu Kawasaki Station, and “KAWASAKI BRAVE THUNDERS COURT”, a basketball court directly managed by the club, will open in his Chittadella, a commercial facility near the station this fall. do. Not limited to this time, Kawasaki has been engaged in various activities with local governments and partner companies. Although there are some unpredictable parts, I asked President Nobuo Motozawa what kind of strategy he would like to use to further grow the team as the world progresses toward after-corona.

――The social situation regarding the new coronavirus has changed, and we are now in a situation where we can announce a business like this one that we could not do a year ago. How do you feel about this?

Since it is now possible to send events and transmissions that were not possible with Korona-ka, I would like to speedily execute them within a limited time. I’m happy to finally be able to do that. Also, there is almost nothing we can do on our own, and we can’t do it without working with our partners. And because the city of Kawasaki has a culture that supports entertainment, we are more than grateful for that culture and our partners, rather than doing well.

――In addition to these two projects, Kawasaki has the impression that there are more community-based initiatives than other teams. Are you quite aware of this as a team strategy?

Originally, when participating in the sports business as DeNA, it is of course important to win and increase the number of customers and sponsors, but it is not the only purpose. Creating a city is an exaggeration, but how much can you blend into the city using sports? I started with the intention of not only playing basketball but also doing a business to improve the area through sports, so I always have this kind of story as a strategic concept, and I am working on various things.

――I think it is a big decision to move the team office to the Kawasaki Cultural Center. Inevitably, it is expected that there will be more opportunities to interact with local people and fans other than home games.

First of all, I don’t think basketball will grow as a business unless it grows as a culture. We want all of our staff to experience this, which is related to the relocation of the office. Brave Thunders aims to be a club that not only plays basketball, but also plays a role in various elements of the city. It’s easy to say this by mouth, but it also has an effect that there are some parts that you can’t understand without actually experiencing it.

――In the past two seasons, there were various restrictions such as admission restrictions due to the Korona-ka. What was the harvest and knowledge gained in this adversity?

Paradoxically, I think that more various projects and events were sharpened because of the restrictions. What I had done somehow before the Korona-ka, I absolutely have to proceed, and if this is not the case, I can make more accurate choices.

Also, I think that SDGs and digital marketing have become synonymous with Brave Thunders. With regard to digital, by creating many touch points, in addition to cultivating a new fan base, existing fans are also enjoying it. The SDGs were able to do a lot of activities even in the Korona-ka, so I was able to connect with companies that I had no contact with before.

――Audience restrictions have been lifted since the end of last season, but it wasn’t as full as it used to be. What was your frank impression of the number of spectators?

When the restriction was lifted, it was a time when the number of infections with Omicron strains was increasing, and although it was unavoidable, everyone was careful and I felt that the seats would not be filled more than I expected. However, on the contrary, the audience returned from there in April and May, and even though it was a special stage of the championship, I feel that the tickets were sold out. Still, I don’t think this will sell out every game from the start of the new season. In order to fill the arena like before the Korona-ka, we are commanding the staff that management efforts must be considerable.

To that end, first of all, it is necessary to raise the satisfaction level of those who come. It is a big mistake to think that the core fans who are always supporting us will definitely come next time. And since you can’t control the content of the match, you have to increase your satisfaction outside the match. This is a very high hurdle. The other is to discuss and develop on a zero basis what means to have people come to the match. Customers do not come at all just by digital measures. Even if I know Kawasaki’s existence through digital, I don’t think that it will reach the point where I will like the team. We have to satisfy our core fans and develop new fans. It’s really difficult to do this on both wheels, but you have to do it as a professional sports club.

“To build a strong organization, it is important for us to work hard and earn money.”

–I have a question not only about the business department but also about the basketball department. Over the last few years, the league as a whole has seen an increasing number of large companies buying teams and investing large sums of money in acquiring players. As a result, even though sales of the league as a whole are declining due to the Korona-ka, labor costs are rising. How do you see this trend?

We operate a sports club as a DeNA group on an independent basis. It is still sometimes misunderstood that DeNA does not put a large amount of sponsorship money into Kawasaki as a parent company. It’s a team policy that doesn’t shake.

It’s great that the parent company invests a lot of money because it makes basketball so attractive. On the other hand, my idea is that in order to build a strong organization in the medium to long term, it is important for us to earn the annual salary of the athletes by ourselves. Of course, there are many mistakes in taking on challenges, but if you don’t have the hard time thinking and moving in that way, you will not be able to become a strong organization that runs a professional sports club. And I think that a cycle will be created in which people with such experience will support not only basketball but also the Japanese sports world in the future. I would like to create an organization that can nurture people who will support the sports world in the future.

――A major feature of Kawasaki is the continuation route, which is the same for coaching staff. Did this happen as a result, or was it intentionally organized?

I talked with GM Kita (Takuya), who is in charge of the organization, and agreed with him. First of all, the current team staff may have excellent human resources. Also, we call it a family, including our fans, and I think this sense of family is an important factor in determining victory or defeat. I think that the members may change significantly in the future, but it is not the time now. The relationship of trust of the team now is really great and it’s not easy to make it. “What if I can’t win this club? I have a good atmosphere that I can think of, and I don’t want to break it.

――Please tell us your business attitude toward the new season. Is it a cautious stance that the threat of Corona is not completely gone, or is it going to attack more and more?

We will continue to firmly protect what we should protect, such as measures against corona, but basically it is definitely an offensive. We don’t have a big foundation like professional baseball, so if it stays flat, it will just decline. You must always take risks and attack.

――Finally, do you have a message for Kawasaki fans?

As a team, we will fight to win the title. In our business, we will create an environment where baskets will develop. We will make Japanese basketball more exciting on both sides, so I hope you will enjoy it together. 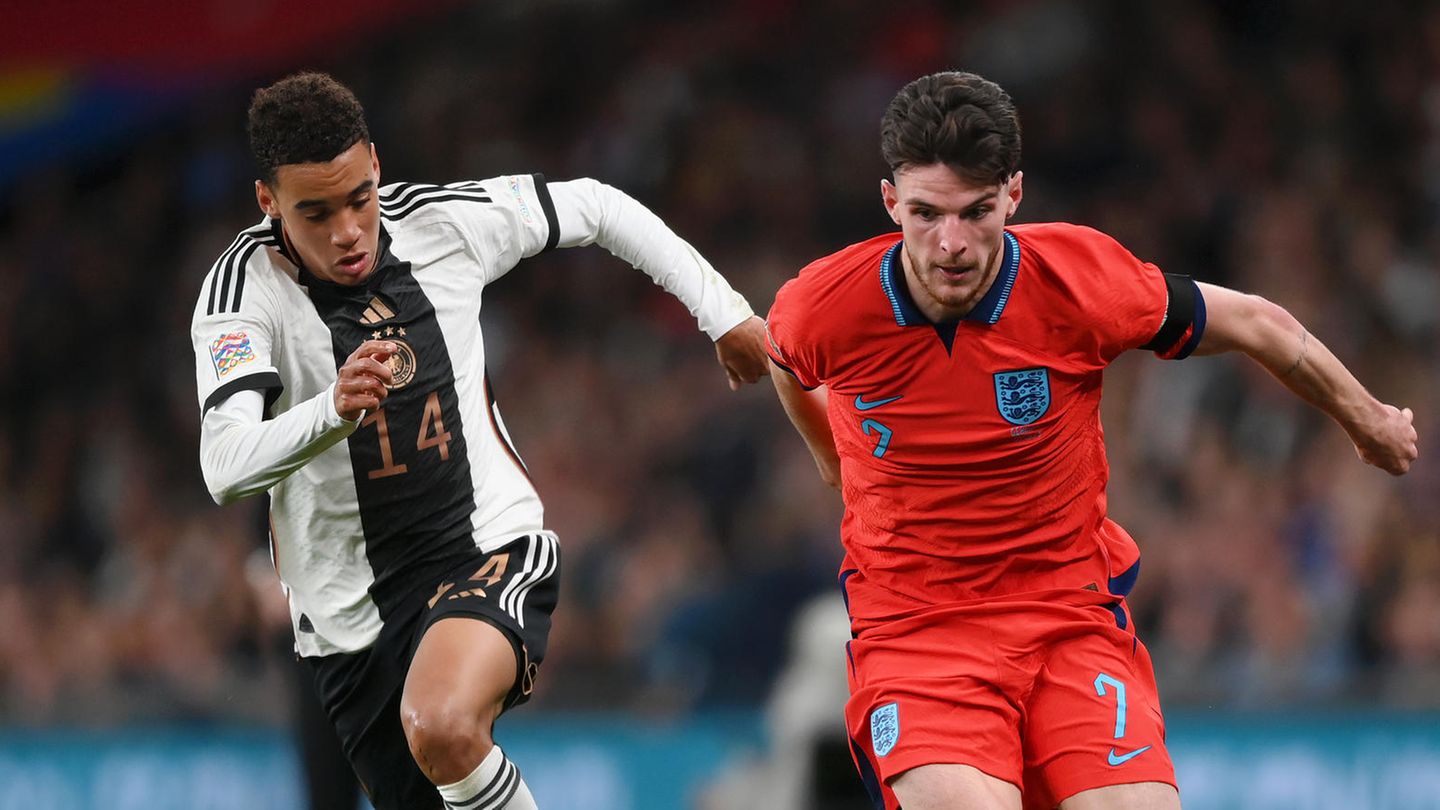