«I wanted to continue, but I can’t risk being out for two months» 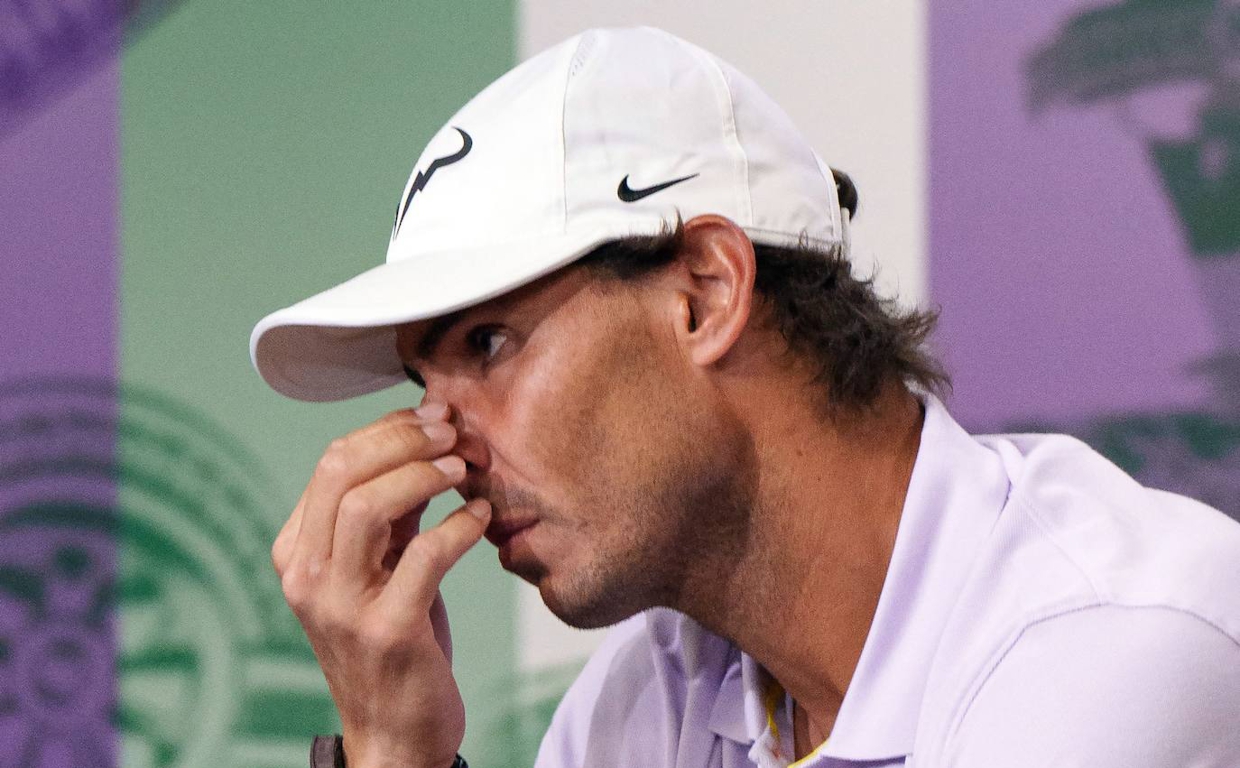 He tested himself until the last moment, spoke with his entire team and decided with happiness as a priority. “Unfortunately I am here to announce that I am withdrawing from the tournament. I have been suffering with abdominal pain and it has been confirmed that I have a tear in the muscle. The communication is now because I have been thinking all day about the decision I had to make. It is a complicated situation but the injury could get worse, “explained the Balearic, between sadness and resignation.

He had done his best to continue, to train gently for an hour in the morning, to think and rethink the tests he had done, the movements, the options. «I imagined how I could win two games like that and to respect myself I didn’t want to go out there if I wasn’t fully competitive to reach my goal; and, in addition, there was a good chance that the injury would get worse », he continued in his explanation. “I thought about it a lot all night yesterday and today, but you come to the conclusion that you want to win the matches, and now it is practically impossible to win two matches at this level with a torn abdominal. A very unlikely thing to beat Kyrgios, was also to think how he would have gotten to Sunday.

He does not regret the decision made, although it hurts, nor does he regret not stopping in the match against Taylor Fritz, when the pain paralyzed him for a long time and prevented him from playing with ease, especially with the serve. «The decision to continue against Fritz was correct because I continued and won. I am not a person who regrets it if he makes a decision. You learn from mistakes and try not to make others, but I didn’t want to walk off the court in a quarterfinal match. The possibility of retiring was on my mind for five or six games. I found a way to come back and win the match, something I’m proud of.” But then he knew the dimension of the break: “I had abdominal problems during the week, but it was more or less under control. In the match it was the worst moment. And a decision had to be made regarding health.”

He had made, he indicated, a great effort to reach Roland Garros, which had meant great physical and emotional wear and tear, and had raised the bet to be in this Wimbledon, from which he leaves without playing the semifinals, which gives the decision one more load of suffering for him: «I assume that I am leaving one of the best tournaments in the world in a privileged situation because I was playing well and had options. I played very well, with a very, very high level. And that makes me feel even worse, because at this level I had opportunities.”

Fly over that regret of losing another train in a Grand Slam, so close to Sunday. And that there have already been many gaps to which the injuries have forced. It is the fifth time that Nadal has retired during a major event – the 2010 Australian Open quarters, the 2016 Roland Garros third round, the 2018 Australian Open quarters, the 2018 US Open semifinals – but there are many more who suffer from pain. have even prevented him from participating in Wimbledon is one of the ones he has had to skip the most: 2004, 2009, 2016, 2017 and 2021. The knees, the wrist, the foot, now, the rupture of the abdominal muscle, which he already suffered in 2009 and from which he learned, again the hard way: «The experience I have, from the 2009 US Open, is that the break started with one size and ended up multiplying by eight. I couldn’t compete in the semifinal against Del Potro. Here I had an intuition that he had broken me, but I didn’t know it. There was a small edema, very small, but yesterday it was already seen that it had increased ». And there, from the fear that forcing the machine will bring more problems in the future, this decision has also come: “People may think that I play to the limit out of ambition and that is not why. I do what I feel like, and with the conviction that I am doing it without putting my future or my health at risk. And here I do feel that I am putting my health and my happiness at risk. Stopping now for a few months would be very hard for me.

Now, he pointed out, it will be between three and four weeks of recovery, because this problem is cured by time. Therefore, he stressed, his schedule does not change too much: «It will be seen week by week. My intention is to be in Montreal (from August 7 to 14)». Nadal says goodbye to Wimbledon, before the semifinals, beaten by his own body.