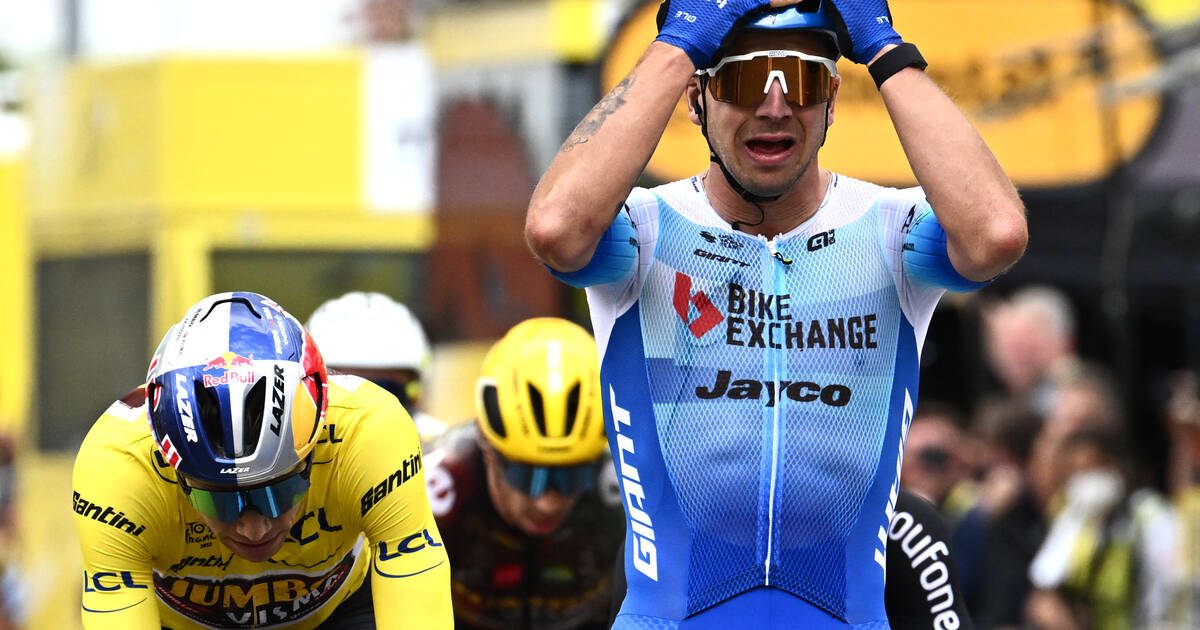 The Dutch sprinter from the BikeExchange-Jayco team won by a hair’s breadth in front of the yellow jersey Wout Van Aert, at the end of an apathetic stage.

On August 5, 2020, at the finish of the first stage of the Tour of Poland, the Dutchman Dylan Groenewegen caused a monstrous fall, with terrible consequences for his compatriot Fabio Jakobsen, plunged into a coma for several days. Saturday, after two years of reconstruction, the Quick-Step sprinter raised his arms on the second stage of the Tour de France. This Sunday, it was the other protagonist of the drama, Groenewegen (BikeExchange-Jayco), who won the sprint at Sønderborg. A victory with the taste of redemption for the one who was suspended from the pelotons for nine months, in tears on arrival.

The yellow jersey, Wout Van Aert, for his part, signs his third second place in two days. Frustrating, of course, especially since the victory was decided at the photo-finish with Groenewegen. The other Belgian rocket, Jasper Philipsen, took third place of the day. Less than ten kilometers before this sprint, a minor fall split the peloton in two and lost precious seconds for some riders who are fighting for the general classification. Damiano Caruso, Rigoberto Uran or Michael Storer are among the unlucky of the day.

Before that, the race will have been marked above all by the apathy specific to the flat stages. The only spark in this long procession, the solitary breakaway of Magnus Cort Nielsen, who reinforced his polka dot jersey thanks to three 4th category passes crossed the first. Before being picked up by the peloton 50 miles from the goal, he will above all have tasted the cheers of a Danish crowd that has remained as dense as ever since the start in Copenhagen, acclaimed like a king in each locality crossed. A stage experienced in Cort and cris.

On Monday, the peloton takes a break. Even. It will mainly be a question of transferring by plane from Denmark to the north of France, where the race will leave from Dunkirk on Tuesday. The finish of the fourth stage is fixed in Calais and the day is, once again, promised to the sprinters. Especially since the wind is not expected to be stronger along the Opal Coast than on the shores of the Baltic.