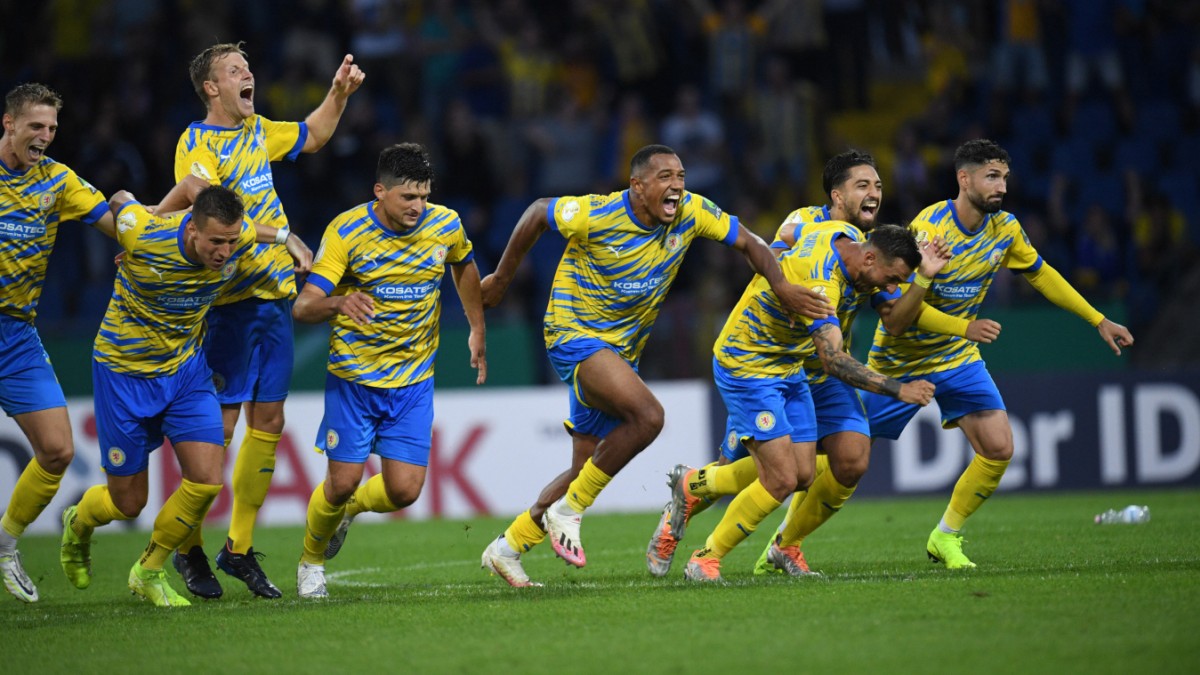 Bundesliga club Hertha BSC lost in the first round of the DFB Cup and were eliminated at Eintracht Braunschweig despite an early 2-0 lead. The capital club lost 5: 6 on penalties at the second division promoted team on Sunday. After extra time it was 4: 4 (2: 2, 2: 0).

With a roaring crowd behind them, the lower-class team took control of the spectacular game more and more in the second half and deservedly trumped the first division team in front of 14,126 spectators with a double strike, goals in extra time – and finally threw the Berliners out of the competition on penalties. Berlin’s Marc Oliver Kempf missed the decisive penalty. “Extremely annoying that we showed such a dominant game over long stretches in the first 90 minutes and then left the field as losers today,” Hertha coach Sandro Schwarz summed up after the game.

“I’ve had goosebumps since the final whistle – my whole body is tingling,” said Bryan Henning – one of the Braunschweig penalty takers. “I can’t even realize it yet. We’ll see when it happens.” It is not the first embarrassing bankruptcy of Berliners in Braunschweig. In 2020, Hertha also lost to Lower Saxony in the first round 4: 5 in regular time. Eintracht coach Michael Schiele had longed for the surprise before the game: “We will definitely leave our hearts on the pitch.”

Braunschweig didn’t lack the passion in the first round, but the ideas and courage in front of the opposing goal. But later it got much better. With goalkeeper Jasmin Fejzic, Braunschweig had the best player, who was celebrated with chants. In extra time, the home side deservedly punished the first division team, which had become more and more reserved. Pherai slotted the ball easily into the Berlin goal after a clever pass from Lauberbach. The stadium raged. But it got even more exciting.

Substitute Tousart equalized with a deflected shot from 20 yards out for the Berliners and at the start of the second half of extra time Lukebakio lobbed the ball over Fejzic to put them 4-3 ahead. But Braunschweig did not give up. On the other hand, Henning made a draw again. He forced the penalty shootout, which Braunschweig won.