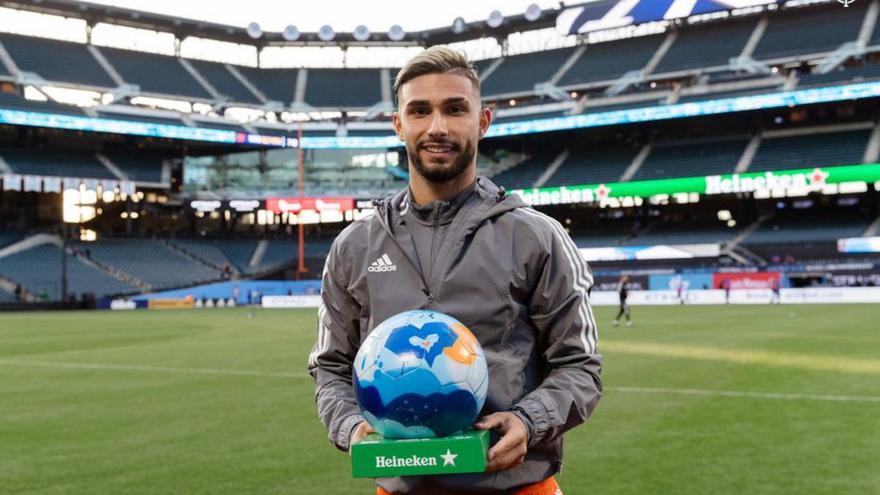 Valentín Castellanos is counting the hours to come to Girona. | TWITTER

Valentín, Taty, Castellanos play this morning (1:00) their last match with New York City in the MLS before making their transfer official to play for Girona this season. It will be against Inter Miami, which comes after a resounding defeat against Barça (0-6). New York City has three straight wins and five consecutive games without defeat. Much of the attention in the MLS these days is on Castellanos, top scorer in the competition with 13 goals and the announcement of his arrival at Girona is a matter of a few days. The Argentinian forward will join the white-and-red team on loan from New York City, as Míchel Sánchez acknowledged on Tuesday at the end of the game against Peralada. Castellanos had the interest of powerful European teams who were even willing to pay a transfer fee to sign him. However, the group has decided to come to Girona to taste the First Division.

In this way, the announcement of the transfer of Castellanos to Girona could happen tomorrow, or at the latest on Monday, once New York has played against Inter Miami. In this sense, the arrival of Yan Couto could also be unsettled in the next few hours. The Brazilian full-back will return to Montilivi a season later, having played last season, also on loan from Manchester City to Portuguese side Sportig de Braga. Castellanos and Couto could be ready to face Andorra.