The Rinconada Badminton Club has been defeated this Friday in the quarterfinals of the European Club Championship. The rinconeros did not have special luck in the crossing since, together with the BC Chambly Oise, the KB Litpol-Malow He is the favorite to reach the grand final and showed his quality to end up winning (1-3).

The order of matches was not unfavorable for the corner players, but they knew that the first point would be key to the future of the match. The mixed doubles, which opened the duel, would already be a final for both teams. This meeting began with the couple Cybulski and Augustyn taking the initiative against the cornerbacks Rory Easton y Laura Molinawho did not find their game during the entire first set.

To all this we must add the fever that Rory Easton has suffered throughout the championship and that this Friday has made a dent in the English player again. After an unequal first set in favor of the Poles, in the second it was the corner pair who tried to enter the match from the beginning, but again Polish quality came to the fore to end up giving the first point of the day (14-21, 12-21).

Rinconada did not give up and managed to tie the game thanks to a tremendous effort by Carlos Piris, who won Danylo Bosnuik in three sets, in a superb match by the corner player who, after winning the first set, gave up the second and pulled hard to lift the third set and tie (21-12, 19-21, 21 -18).

In the women’s individual turn, Nerea Ivorra could not face the 49th in the world, the Ukrainian Maria Ulitinawho beat the corner player in two sets despite the fact that Ivorra was about to win the competitive second set (9-21, 19-21).

With all this, Badminton Rinconada was on the ropes. He couldn’t give up any more games. The decisive was the men’s doubles and the cornerbacks Jaume Perez and Rory Easton they ended up losing in straight sets to Robert Cybulski and Przemyslaw Szydlowski (13-21, 20-22), thus ending the tie with a pass from KB Litpol.

At the end of the match, Antonio Molina made the following assessment of the quarterfinal match: «We have given in for too many details in the mixed doubles, which has been key to elucidating the winner of this tie. Rory was feeling bad today as he did at the start of the championship and he wasn’t able to give it his all as we expected. From there, we cannot deny the tremendous potential that the Polish team has. It has world-ranked players and has been seen on the track. It only remains to congratulate Litpol for the pass to the semifinals and wish them the best for the semifinals this afternoon«.

The corner coach also took the opportunity to make a broader assessment of the entire championship by his squad: «We thought that our season would end in April and here we are, among the top eight in Europe. I believe that any assessment beyond this is not worth it. Feeling important again in Europe is an award for our trajectory, because we only value what we do when we stop doing it. This European Championship has been very special because after ten years we have been there againand it has been nice to see how people in Europe know who Badminton Rinconada is«.

♥️ THANK YOU for the delivery in this European Club Championship.

We have returned through the big door to a championship that we love so much, and you are to blame 🔝#RinconadaEnEuropa🇪🇺#Let’s go to Nougat🏸 pic.twitter.com/57chvXGalZ

The corner set Thus ends the 2021-2022 season. A campaign that has meant the return to Europe thanks to the League runner-up achieved in April, a goal that will be that of next season, reach the final of the Spanish Championship and get the coveted title. Now, Badminton Rinconada will have just a month off to start planning the next season in the elite of Spanish badminton. 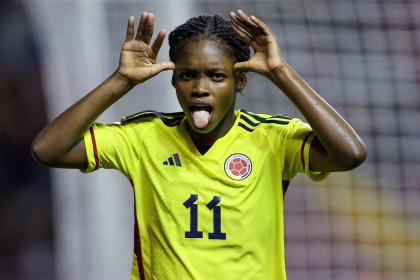