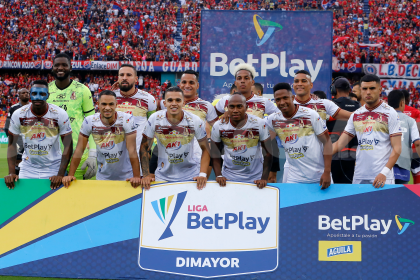 The BetPlay Dimayor League continues to develop, starting in its second semester with some surprises at the level of the clubs that are in it. There are barely three days to start drawing conclusions, taking into account that there are another 17 dates left to define the classifieds, eliminated and relegated for 2023.

The level of Colombian soccer is something that worries in its environment, since the performances at the international level are a reflection of it. The elimination of Tolima, with a landslide against Flamengo included, marks a giant turning point between the teams, due to investment, infrastructure, payroll and other factors.

Recently, the IFFHS, took out the ranking of teams worldwide, according to their sporting situation, to determine which are the best clubs on the planet. It should be noted that Colombians have previously led this select list.

The current one is commanded by Palmeiras, current two-time Libertadores champion. They are followed by clubs like Flamengo, Atlético Mineiro, Livepool, Chelsea PSV and Real Madrid.