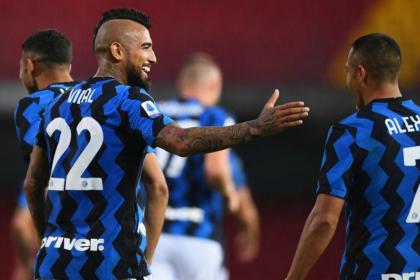 In the last few hours, a bombing in Argentina in relation to Chilean midfielder Arturo Vidal. According to the media in that country, Boca Juniors would have made a formal offer and he would have launched himself with an offer that he could hardly resist, especially when he is looking to be a protagonist in the club he is at.

Although at Inter Milan he has a contract for one more season, he is not very satisfied with being a “supporting actor”. What Xeneize would have proposed to him is a contract for three seasons, that is, until December 2023, renewable for another year and a half.

The journalist Leandro Aguilera assured this Thursday that “it is formal, Boca made a formal offer to Arturo Vidal and they are close. It is 3 years in total: divided into two. Until 12/31/2023 and then renewable for one year and half more. And he’s not the only player they’re talking to in the Xeneize transfer market.”

The media in Argentina assure that “King Arthur” is very close to playing in Boca Juniors, and they also mention that they go with everything for the Chilean who is also wanted in Brazilian soccer. Flamengo would be the other interested in the continent.

The truth is that the Chilean who was recently on vacation in Colombia with his partner, did not get the prominence he wanted in the last season with Inter, where he played just 8 games as a starter in the 38 days of Serie A, and scored three goals.