Analysis: What is the easiest rival for the Colombian National Team in the semifinal? | Colombia selection 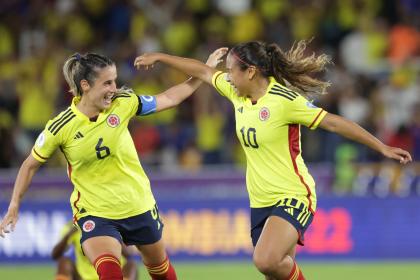 Argentina and Venezuela could be rivals of the Colombians. The outlook is not easy at all.

In any scenario, Colombia could meet either with Brazil, Argentina or Venezuela. The ideal thing for any national team is to avoid the ‘Canarinha’, because the fear and fear that impregnates their rivals is noticeable, and that was noted in the confrontation against Vinotinto on the fourth day of the Copa América. Much was expected of the Venezuelans, but they were left to their duty against the overwhelming, Debinha, Bia Zaneratto and Ary.

Argentina and Venezuela will have a very tough heads-up that, as Pamela Conti, Italian strategist for the Venezuelans, maintained, this will be the final for them. Here the team that will accompany Brazil is defined, and the loser will have the opportunity to fight for the World Cup qualification facing the third team in Group A in search of fifth place and scratch the international playoffs.

There is so much at stake and so few details that can truncate Colombia’s qualification that they need only add, be it one unit or three against Chile to ensure their qualification as first in Group A and thus avoid Brazil. On the other hand, if Chile beats the Colombians, they will be second and will have to risk it against ‘Canarinha’.

The other scenario is that Chile beats Colombia by more than two goals, and that Paraguay beats Ecuador, results that would eliminate Nelson Abadía’s team from the semifinals and they will have to play the match for fifth place. Whatever the scenario, they will have to face at least one from Group B that the aforementioned fight, Brazil, Argentina and Venezuela. Thus the things, it is necessary to analyze the selections to win.

Brazil: The one that nobody wants to face, the one that scares any rival, and the one that you always want to avoid in any circumstance prior to a hypothetical final. The favorites who are in their comfort zone and who have only lost one of the eight Copa Américas that have been played. Now they want to get their eighth title on the South American continent.

Without a doubt, Brazil arrives as favorites, beating all their rivals in the three games they have played in the absence of playing against Peru. They are a brave thing when Debinha, Bia Zaneratto and Adriana get together, in addition to the attacking Tamires who always give something to talk about contributing with centers that their teammates finish with a goal.

Brazil has the experience in its technical director who already knows what it is like to play World Cups with the United States, such as the Swedish Pia Sundhage. The virtue that she has is that what she generates, she successfully defines in the rival goal, but she has also left one or another doubt in the still balls where she appealed to Venezuela to attack.

Uruguay also played a good game despite the result with shots at the post and the combination between Leicy Santos, Mayra Ramírez and Linda Caicedo could be the difference. However, the countenance is negative. Colombia have never beaten the Brazilians, they have tied one game and lost eight.

Argentina: the albiceleste began the tournament with a very tough defeat against Brazil. From the second game against Peru, they began to raise their heads with a fearsome Estefanía Banini who was not a starter in the first game. The Atlético de Madrid player formed her tandem with Mariana Larroquette, Florencia Bon Segundo and Yamila Rodríguez, the most dangerous players.

On a defensive level, Aldana Cometti is security, and Eliana Stábile, both with a past at Atlético Huila, winning the Copa Libertadores, is vital to accompany the attacking front with completion. He has scored two goals in the competition. It is a team full of figures that will also make it difficult for Colombia, but perhaps it can be an easier rival due to the combinations and the Colombian collective game.

In the last Copa América, Colombia faced Argentina in the final phase, who beat them with a convincing score of 1-3. As if that were not enough, the history supports the albiceleste that in 12 games they have won four times, lost two and drawn six.

Venezuela: On paper, due to history and direct results between the two, the Venezuelans are the simplest. But don’t rely on the individual factor of Deyna Castellanos who has a punch and a lot of goals at her feet. In addition, the defense knows the Colombians very well because María Peraza plays in Atlético Nacional, Nairelis Gutiérrez in Santa Fe, Yessica Velásquez, goalkeeper of Santa Fe, Yenifer Giménez, Ysaura Viso and Oriana Altuve who played in América and Santa Fe both Viso and Altuve respectively.

Without a doubt, this previous knowledge of the Vinotinto to the game of Colombia conditions. Venezuela also kept a clean sheet in the first two games they played against Uruguay and Peru, which is why it is not easy to score against them either. It is perhaps the best generation of Venezuelans and they have a great international coach like Pamela Conti. It is not enough just to mark Deyna Castellanos well, because there is also the talent of Gabriela García, Michelle Romero, Lourdes Moreno in midfield and in attack, Oriana Altuve accompanied by Ysaura Viso.

There is no way to define which will be the easiest rival or which one is preferred, because they are three national teams that are very difficult to beat due to their defensive and offensive virtues and their fearsome attacking power. But perhaps Venezuela is the easiest going by history. They have met 16 times, 14 victories for Colombia, a draw and a fall. However, it is reiterated that the last time they met in a competition was in 2018, when the coffee growers won 3-2. In four years, the Venezuelans have improved a lot with a base very similar to the one that played in the U-17 World Cup in 2014 and 2016, finishing fourth in both editions. Conclusion, there will be no easy rival. 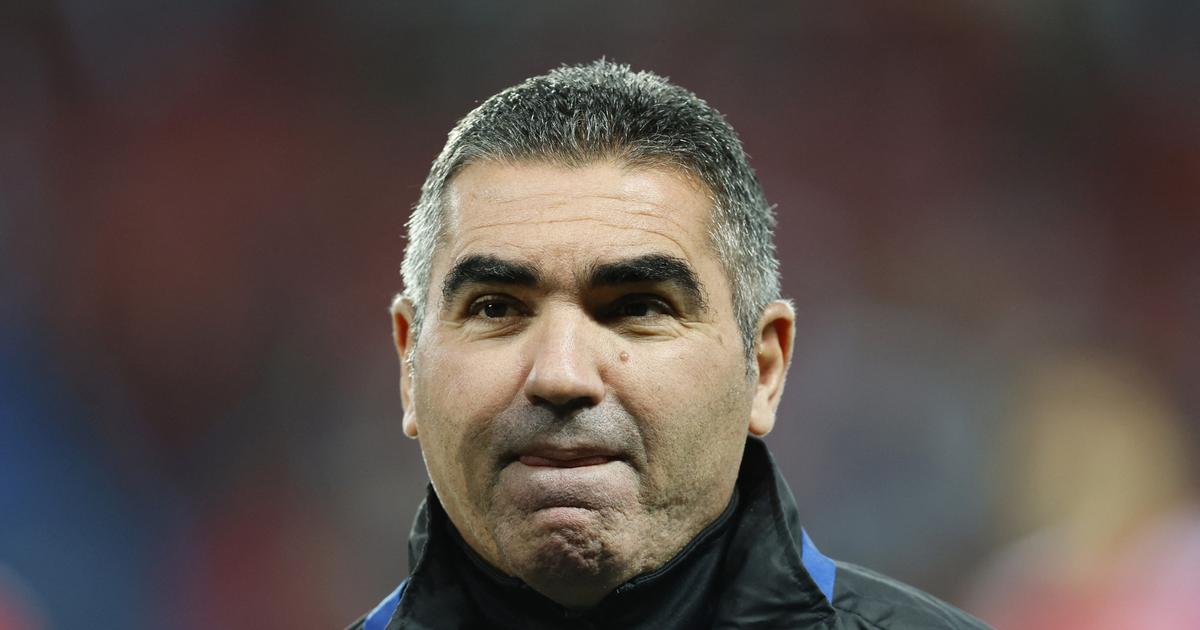 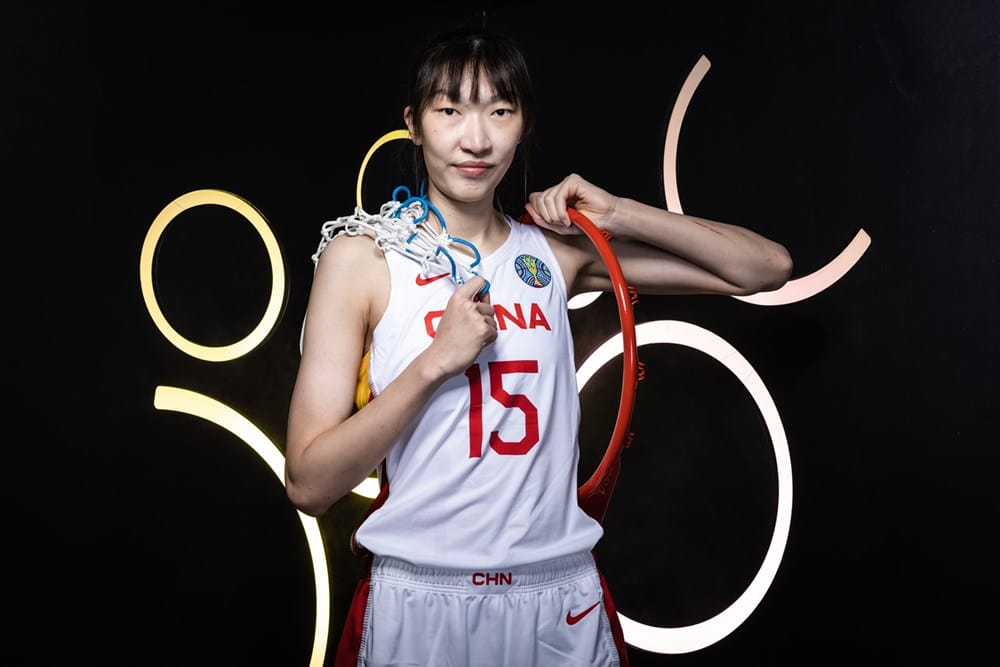 Les Bleues will have to attack the Chinese Han Xu (2.05 m), the highest point in world basketball 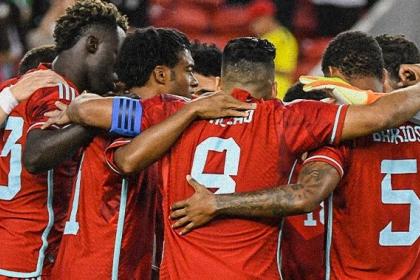