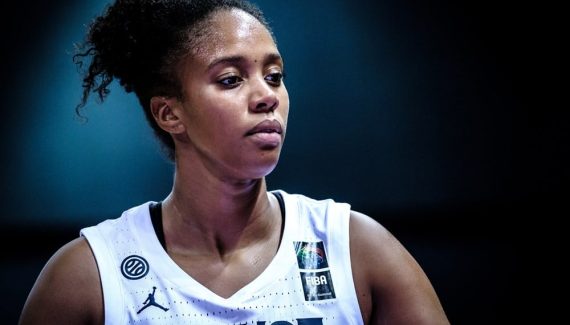 Leaders of the WNBA with 15 wins in 17 matches, the Las Vegas Aces have announced the arrival of Iliana Rupert (1m94, 20 years old), who has just won the French championship and the Eurocup under the colors of Bourges.

The Frenchwoman, selected in 12th position in the 2021 Draft, was even on the match sheet for Sunday’s meeting against the Lynx, won by her teammates on the wire (96-95).

Daughter of the late Thierry Rupert, and best hope of the Euroleague in 2020, Iliana Rupert was elected MVP of the French championship, then of the Final Four of the Eurocup in 2022. After the WNBA season, which she will perform under the orders of Becky Hammon, she will join the Virtus Bologna in Italy.

In the WNBA, she joins the other pearl of French basketball since Marine Johannes has found the New York Liberty for four matches, where she teams up with Sabrina Ionescu.