“Without this long Covid, Ugo would be Top 15”: Humbert, a year in hell deciphered by his coach Thierry Ascione

Ugo Humbert has just left the Top 100 and had a difficult year. How do you explain this first setback in his young career?

Thierry Ascione : You have to try to be as factual as possible about what happened. Everything was going well until last August (after his quarter-final at the Olympic Games, editor’s note) and the vaccine, then the Covid in January, reached him. He had two long Covids. Unfortunately, there is no other explanation. He takes his vaccine, he doesn’t feel well, he stops his season in September because he is tired and hurts everywhere. Behind, he is resting, he is doing a great winter preparation, a great Hopman Cup, he beats (Daniil) Medvedev, he is not far from beating (Matteo) Berrettini. And in Melbourne, he’s still taking the Covid, he’s stuck in a room for ten days, and he’s only starting to feel good today.

Beyond the Covid, has the fact of chaining defeats this year (15 for 5 victories) reached it?

T. A. : Yes, there is a loss of confidence, but you have to take a step back… He wanted to ‘match’ and he made his matches. The goal is to take a little height and be as lucid as possible and tell yourself that you lose confidence when you are at 100% of your means and that you lose, but when you are at 50-60%… The most important thing for him will be to start from scratch in work, in energy. There is a staff that will arrive and a new coach who will be with him and with me in the coming days.

I’ve been training champions for some time. And I can tell you that without Covid, without a vaccine and all that – and there are plenty of people who are in the same situation, Jérémy Chardy has not played for two years for example -, Ugo should be between 12 and 15 in the world . He couldn’t for medical reasons and there was a little pause in his development. He will work again and it will serve as his experience. And I hope for him that in a few months, he will laugh about it. But it’s true that he took it very badly. That’s why his communication was very neutral, he didn’t know what he had.

Nicolas Copin will therefore no longer be part of his team, right? And who is his new co-trainer?

T. A. : Yes, they stop together. It is to make a fresh start. And you won’t have the name of the new coach yet, sorry. (Laughs.)

A blockage in Grand Slam? Do not create fake stories

He had even decided lately to chain the tournaments alone, without a coach. Why ?

T. A. : He wanted to be alone to take his time, because he didn’t feel like he was in control of his body. He made that choice. It made him sad, but he loves tennis so much that he preferred to continue playing, especially in Montpellier and he injured his adductor and it went on. And today, he can start working again. I want to say that it’s a bit bad luck’s fault… At Roland, he also suffered from his left shoulder because he was training less than usual, because his body was starting to recover. energy little by little. And there, he feels really good and he asked to have a team around him at Wimbledon because he feels like working again.

Even before his Covid, Ugo still had some difficulty in passing a Grand Slam course, right? Since his round of 16 at Wimbledon in 2019, he has not passed the 2nd round in a Major…

T. A. : So, there were these five sets against Nick Kyrgios in Australia and at Wimbledon (defeats in the 2nd and 1st round in 2021, editor’s note), but behind at the US Open (beaten by Peter Gojowczyk again in five sets), he couldn’t play. In Australia this year he had the Covid and at Roland he was not well. Don’t create fake stories. When a kid is able to beat a Top 10 one time out of two, there is no psychological problem in a Grand Slam. It’s just bad tricks, bad draws, a lack of opportunism, of commitment, a forehand he shouldn’t have missed… When he loses against Kyrgios having a break lead with a short ball in forehand and he gets it wrong, it’s just a bad choice.

So there is no best-of-five blocking for you?

T. A. : At Wimbledon, over three days, this end of the match was roulette, it could go both ways. When you lose 9-7 in the 5th, it’s not psychological. Kyrgios, nobody wanted to play him in the first round last year, and it will be the same thing this year on grass. When you are able to win three tournaments so young in your career (Humbert is 23, editor’s note), including an ATP 500 by beating three Top 10 (in Halle in 2021), to make a big splash at Bercy (quarter-final in 2020 after beating Tsitsipas in particular, editor’s note), there is no blockage. On the other hand, he has a real specific job to do on clay, because it is a surface on which he can be surprising in fast conditions like at Roland.

At Wimbledon and on grass to give yourself a new impetus

He was not far off against eventual winner Hubert Hurkacz last week in Halle. What does he need to find his best level?

T. A. : Keep working, be more precise in your work, free yourself in your head. I’m talking about a new start, he’s lucky because he’s not very old. (Laughter.) To leave with good energy, also to protect himself so that he does not have the feeling each time he meets someone that he is a failure or of not achieving what was expected of him. It’s important to do all that.

Without being protected by seeding status, what is the objective for Wimbledon?

T. A. : You obviously have to manage to have this notion of pleasure. But the objective is to win as many matches as possible. Continue to put his tennis back in place. In the standings, it will not be better after Wimbledon anyway because there are no points, but behind it plays Newport. Before, he plays Eastbourne this week. The idea is to rebuild your tennis and get back on the path to where it needs to be. His game goes particularly well with grass.

Humbert resisted before cracking against Hurkacz: video summary of his match

Mentally, is Ugo ready to climb the slope?

T. A. : Yes, it’s been better for some time, he has found a personal balance. Now, we have to rediscover this professional energy to go after the objectives, because Ugo is a very ambitious person. Since he feels fit to return to combat, he has asked those close to him to be ready and to renew the challenges.

Before this difficult year, he hoped to enter the Top 20. In the medium term, is he aiming for the second weeks of the Grand Slam?

T. A. : It’s complicated to be Top 20 without a second week in Grand Slam. But for the moment, he has physical, tennis and game goals and the ranking and the results are the consequences. We must not immediately aim for the consequences, it will be a daily job. Given his level of tennis and his qualities, it can quickly take from one week to another. You just have to give yourself the opportunity every week to win big matches and tournaments. Physically, he is now 100% to rework and rebuild his body, that’s the main thing. 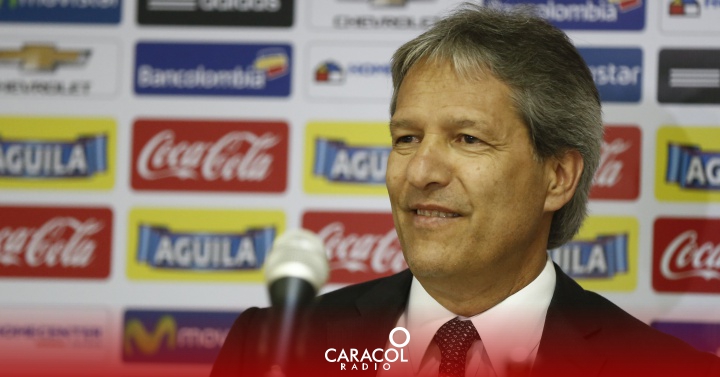