Wimbledon started with rain, a new Djokovic record, some scares and a surprise 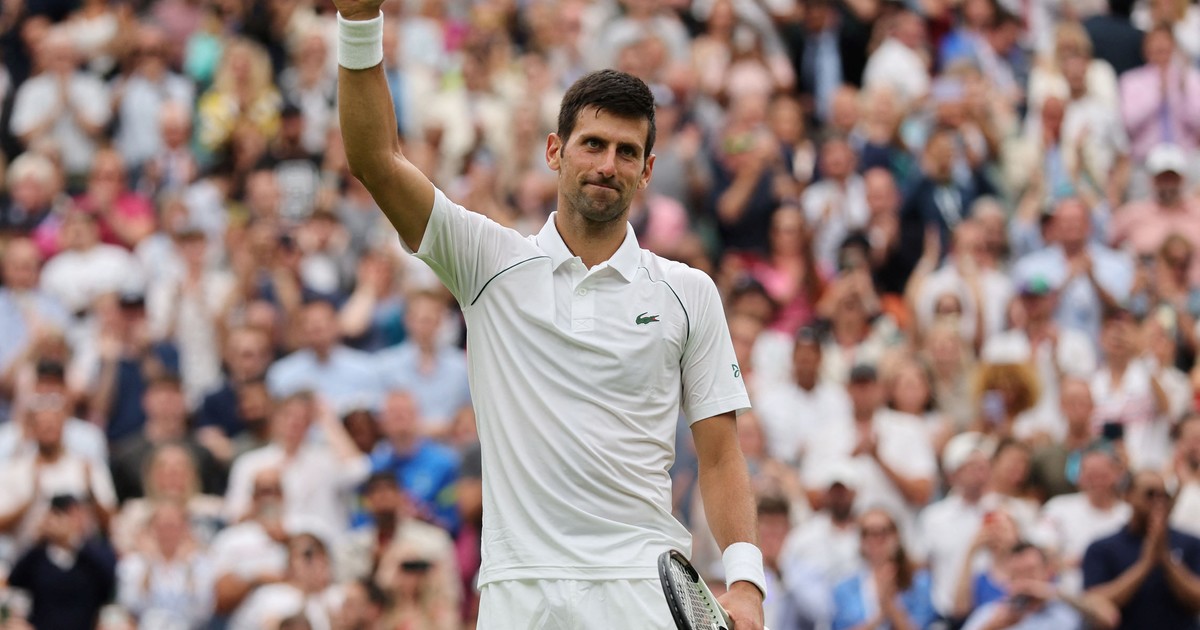 The special 2022 edition of Wimbledon -without Russian and Belarusian players, without ranking points to share and without Roger Federer, absent from the tournament for the first time since 1998- got off to a rocky start. The first day of competition in the All England Lawn Tennis Club It was marked by rain, which forced the action to stop on a couple of occasions and ended up causing the postponement of fifteen games. And also for a surprise and some scares, like the ones that starred Novak Djokovic, top favorite, and Carlos Alcaraz, the great protagonist of the first half of the season.

Djokovic, who is looking for his fourth title in a row on the London lawn, had on paper a fairly simple debut against the South Korean Soonwoo Kwon, 81st in the ranking. But he had to work harder than expected to win 6-3, 3-6, 6-3, 6-4 in almost two and a half hours of play.

The triumph -which put him in the second round, where he will collide with the Australian Thanasi Kokkinakis– it was the 80th for him in the English Grand Slam (the last 22 consecutive). And now andhe Serbian is the only player in history – male or female – with 80 or more wins in each of the “big” four. He has a record of 82-8 in Australia; 85-16 at Roland Garros; 80-10 in London and 81-13 at the US Open.

“I didn’t play at my best, but when he had to find the shots, I did.. And the service got me out of trouble at decisive moments. It was a good victory against a talented player, who has a lot of quality with his forehand and backhand. He made me work for the win. In the end, I am happy. But I know I can do better.” Nole after the match.

The celebration on the court after sealing the victory reflected the effort he had to make against Kwon. Because beyond the big smile he gave the public and his box, where his son Stefan was, his body language showed a certain degree of relief at having gotten rid of the pressure of the debut.

“I arrived without previous tournaments, without a good preparation, so it’s logical to be a little rusty in the first games, but I’m happy with my victory”, he commented. “On all surfaces, but especially on grass, you need to play to find the rhythm of the match. Training is not the same as playing an official match on a court like the Central. Nerves play tricks on you and in the first rounds, the rivals have nothing to lose and go with everything, believing they can win”.

The Serbian is looking for his 21st Grand Slam at Wimbledon to get closer to the absolute record of Rafael Nadal, who has 22 after his consecration in Paris. And the seventh British Major trophy. And he has extra motivation for this tournament.

“I am aware that after Wimbledon, I probably won’t be able to play another Grand Slam until after 2023.. I hope that some things will change and I can go to the US Open this year, but today that is not a possibility. It’s not something I’m thinking about all the time, but it does motivate me to do my best in this tournament”, commented who, although he shouts champion, will lose the 2,000 points from last year’s title and fall to the seventh step of the ranking.

The Spanish, fifth favourite, still left satisfied with his victory. And it is that despite the fact that many pointed out him as one of the candidates for the title for his great present – he is “the player” this season after winning four titles (including the Miami and Madrid Masters) and breaking into the top 10 with only 18 years old -, his little experience on grass courts sowed uncertainty about what he was going to be able to do.

“I didn’t expect to move as well as I did, I felt great on the grass. I still don’t know how I was able to serve like that, it was my best serving game. That was my best weapon today. I feel pretty good. It is spectacular to get the victory after this incredible match. Although it is also true that my level has to improve”, analyzed the Murcian, who before this Monday, had only one tournament played on this surface, Wimbledon 2021, with a victory and a defeat.

He added: “I don’t feel the pressure because I don’t consider myself one of the favorites to win the tournament. If I play well, I have the level to win it, but there are many more experienced players on grass who play better. I just want to gain experience on this surface. and enjoy every game.

What Andy Murray (52nd) experienced was not a scare, but the Scotsman started a set down against the Australian James Duckworth (77°). However, with the support of the entire center court crowd, he turned the match around and ended up winning the match 4-6, 6-3, 6-2, 6-4. He will now go to John Isner.

The former world number one and All England winner in 2013 and 2016, who is making up ground after several difficult seasons due to injury, commented: “I think I did well to recover after the first set. James likes to play in grass and I was playing very well. But when I started hitting my returns, I felt more comfortable. There are always nerves, pressure and butterflies in the stomach before debut. It’s great to have won. Hopefully I can play better from now on”.

The big surprise of the day was starred by the Pole Hubert Hurkacznumber ten in the world, seventh seed and one of the players who had arrived at Wimbledon with high confidence, after beating the Russian Daniil Medvedev, number one in the world, in the Halle final two weeks ago.

But the Pole, a semifinalist in London in 2021 after defeating Federer in the quarterfinals, was defeated by an inspired Alexander Davidovich Fokina, who knew how to lift the English Grand Slam trophy as a junior. The Spaniard, 37th in the ranking, won 7-6 (7-4), 6-4, 5-7, 2-6 and 7-6 (10-8) and advanced for the first time to the second round of the tournament, where he will clash with Jiri Vesely.

Hurkacz was one of the candidates to go far in the tournament, after his consecration in Halle a few weeks ago. Photo Glyn KIRK / AFP

Who asserted logic and his status as favorite was Casper Ruud. The Norwegian, third-seeded, beat the Spaniard 7-6 (7-1), 7-6 (11-9) and 6-2 Albert Ramos Viñolas39th in the ranking, and will now collide with the French Ugo Humbert. It was his first win in the Wimbledon main draw, as he had lost on debut in his two previous appearances, in 2019 and 2021.

Argentine tennis could not celebrate on the first day of Wimbledon. Because the three Albiceleste representatives who jumped onto the field were eliminated. And Sebastián Báez, seeded 31st, couldn’t even start his match against the Japanese Taro Danielwhich was postponed to Tuesday due to delays caused by bad weather.

Thomas Etcheverry he played a very good match in what was his absolute debut in the main draw of a competition on grass, but he could not beat the Frenchman Ugo Humbertwith a little more shooting on this surface.

The platense, 22 years old and 79th in the ranking, fought for three hours and 28 minutes and in some sections of the match he showed competitive tennis. After losing the first set and winning the second, and a long rain break, he returned to the court motivated and took the third set. But from the fourth, the European let go and ended up winning 6-3, 3-6, 4-6, 6-3 and 6-4.

Coria won a dust challenger in Milan on Sunday and lost in the London grass debut on Monday. Photo EFE/EPA/TOLGA AKMEN

Federico Coria had a special challenge, because he had come to the tournament with zero preparation on grasssince on Sunday he was crowned champion in the Milan Challengerwhich was played on brick dust, after beating the local Francesco Passaro. And that sudden change of surface was noticeable in Rosario’s debut, 70 °, because he fell 6-3, 6-2 and 7-6 (7-3) against the Czech Jiri Vesely (68 °) in one hour and 47 minutes of play.

Federico Delbonis, 85th in the ranking, could not advance either, who lost 7-6 (9-7), 6-1 and 6-2 against Tim van Rijthovenone of the great surprises at the start of the lawn tour.

The Dutchman, 25 years old and 105th in the ATP, surprised a few weeks ago by winning the final of ‘s-Hertogenbosch Medvedev, leader of the ranking, and lift his first trophy in the major circuit, in which he had never won a match before. Thanks to that performance, she received an invitation to play Wimbledon and, at least in her debut, she did not waste it.

Delbonis lost in his Wimbledon debut for the seventh time and is still unable to get past the first round. Photo EFE/EPA/TOLGA AKMEN

Delbonis, who had just lost last week in Mallorca, was left with the desire to overcome the first round of the English Grand Slam in his seventh appearance in the main draw. And he extended his negative record on this type of court: in his career he played 12 games and did not win any.

This Tuesday, in addition to Báez, Diego Schwartzman, 12th seed, will face the American Stefan Kozlov, 107th and who entered the draw as a lucky loser. Francisco Cerúndolo, 42nd, will have a very complicated test against Rafael Nadal, the second favorite. And Facundo Bagnis, 110th, will face the Austrian Dennis Novak155°.

No big surprises in the women’s draw

Jabeur, seeded third, is the big threat to Swiatek, number one in the world. AP Photo/Alberto Pezzali

Ons Jabeur y Emma RaducanuMonday’s two big draws from the women’s side had no trouble getting through their debuts.

The Tunisian, number two in the world and recent winner in Berlin, beat the Swedish by a clear 6-1 and 6-3 Miriam Bjorklund125th in the ranking in just 54 minutes of play.

“I’m happy, it’s a great start for me. I want to go as far as possible in this tournament and to start losing only four games is very good,” said Jabeur, the third seed.

Raducanu, meanwhile, prevailed 6-4 and 6-4 to the Belgian Alison van Uytvanck in one hour and 41 minutes, after lifting a 1-3 loss in the second set. The British – who last year, in her first participation in the contest, had to leave her round of 16 duel after suffering an anxiety attack that prevented her from breathing normally – had arrived in cotton wool at her debut due to a strain in the left side of her body, which did not let her prepare well. But she was able to get through the first round with no problems.

“I felt good. There were some tough moments physically in the second set, but I said to myself, ‘Go ahead, if you win this set, you don’t have to play three.’ And from the moment I walked onto the court, I felt the energy people, so I tried to play each point as if it were the last”, commented who will collide now with the French Caroline Garcia. 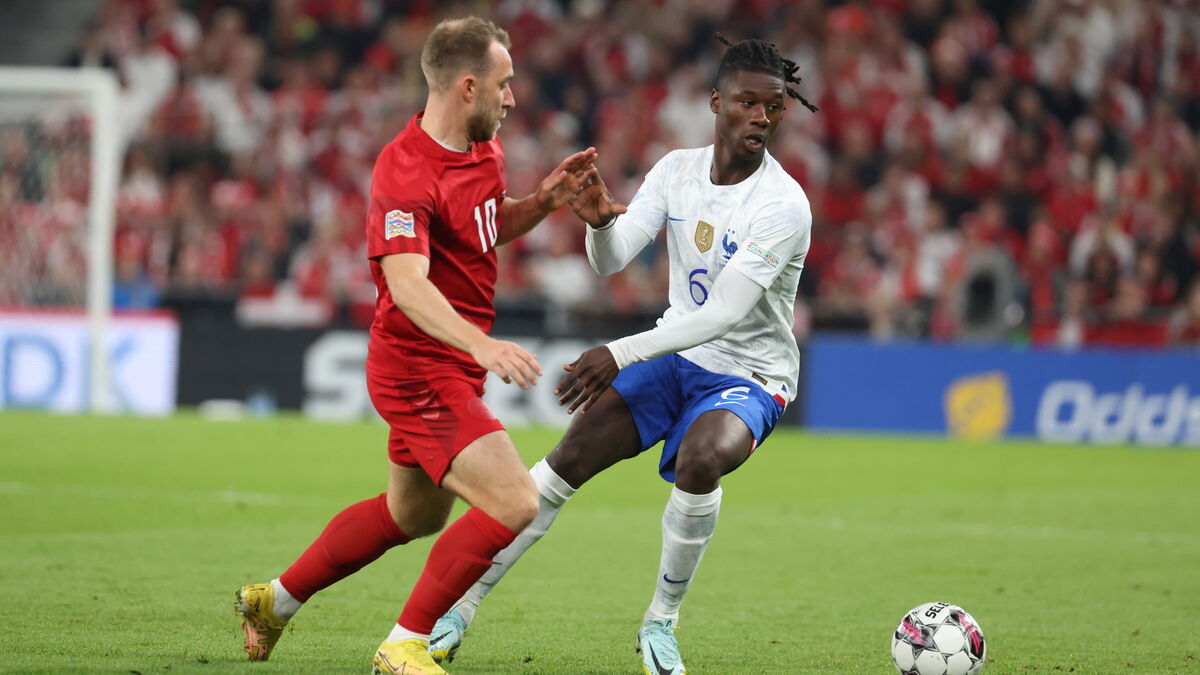 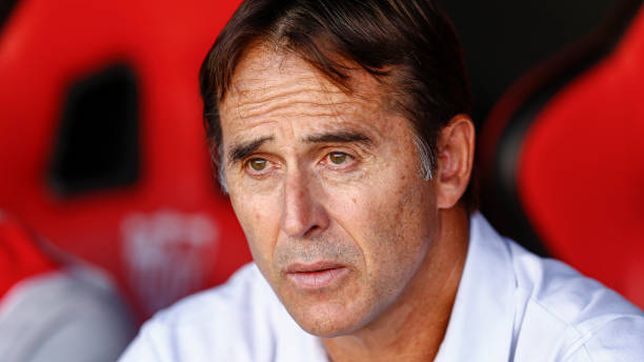 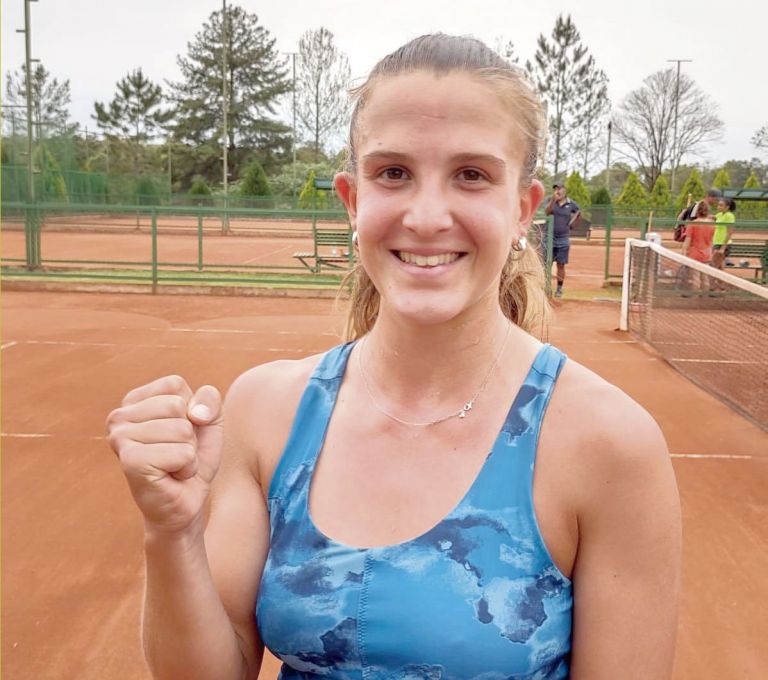 Tennis: the Argentines advance in the W15 of Alto Paraná 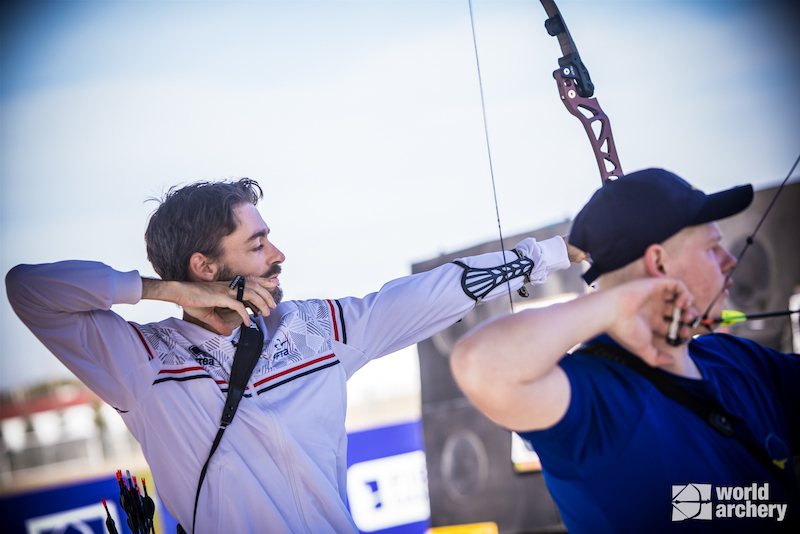 Jackson leader, the Blues in the game after the first day