Wimbledon – Coco Gauff and the pressure: I felt like people would only like me if I won”

The air of nothing, Coco Gauff is the second favorite of Wimbledon among the bookmakers. Everyone will agree to admit that all this has absolutely no importance, apart from what it says about the new status of the American, who is still only 18 years old. Since her final at Roland-Garros at the beginning of June, she has entered a new phase in her career, which allows her to take a first and little look back. Because if she is still very young, Miss Gauff has already been there for a long time.

In an interview granted Thursday to the English daily The Telegraph, she admits that some things were complicated for her to understand. And she takes responsibility for it. Coco wanted everything, right away. After beating Venus Williams at Wimbledon in 2019, just 15 years old, she did not hesitate to claim that she expected, according to the term used at the time, to win the US Open in stride. She had been unceremoniously released in the round of 16 by Naomi Osaka.

Coco Gauff after her defeat in the final at Roland-Garros.

Kyrgios, Murray, Van Rijthoven… They can shake the seeds

Because she has, from her earliest childhood (she joined Patrick Mouratoglou’s Academy at the age of only 10), she felt indebted to the whole world. “If I could give Coco three years ago one piece of advice, it would be: ‘You’re crazy, you put too much pressure on yourself. she was crazy“, she admits today. It’s called maturity. “When I was a little younger, when I was like 15 or 16 let’s say, I felt like people would only like me if I won.“, explains the American.

She claims to have understood that the external gaze was not necessarily linked to what she was doing, but to what she was. “Many people told me that they would support me no matter what, whether I win or lose and these messages did me a lot of good, it almost brought tears to my eyes“, he says again.

The player is now much more comfortable with her ambitions, as the young woman is with her positions. Coco Gauff never hesitates to say what she thinks or to mean what she says. At 16, in February 2020, his speech in Delray Beach, Florida, on racism and Black Lives Matters had struck people.

“I think it’s important for me to talk about it, she assumes. If I don’t, I’m doing my family a disservice, because all of them – and my grandmother in particular – were activists in one way or another, so I would have the impression of betraying the people who came before me, my ancestors.”

On the heights of world tennis, no one has however preceded her in her family. On this ground, she writes her own story. His first Grand Slam title may not be far away. She wouldn’t mind him intervening at Wimbledon. “The other tournaments, I would say it’s pop culture. Of urban culture. Here, it’s different, it’s unique and that’s why I love Wimbledon so much. Here you are like the queen.”

It may be literally in two weeks. Coco Gauff is eager to do battle, especially with her rivals of the new generation, with whom she is forging a special bond. “Girls like Iga (Swiatek) or Emma (Raducanu), we met a lot in the juniors or in the ITF, she explains. We were in the same tournaments. Seeing people you’ve known for a long time succeed is cool. I always support Iga, Emma or Leylah (Fernandez, Ed). When I’m not against them.”

Couacaud, the only Frenchman to emerge from qualifying 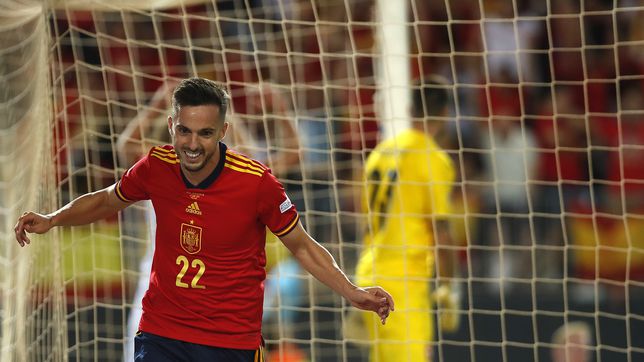