Vinicius: a renewal at the height of a Top-10 of the Ballon d’Or 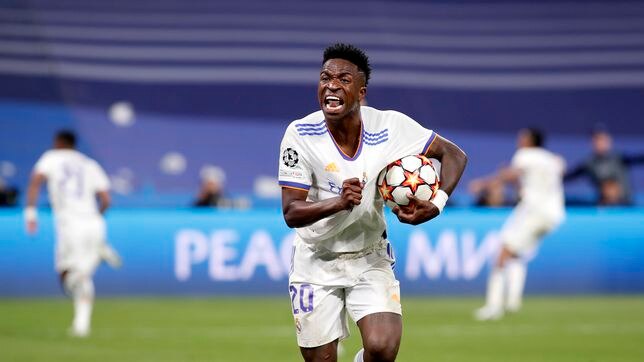 Real Madrid is delighted with Vinicius’ behavior throughout the season and, when signing the renewal, that gratitude will be clear and in writing. The Brazilian arrived when he was only 18 years old and has one of the lowest salaries in the squad (just over three million net per season); but this course has been uncovered as Madrid’s second great offensive asset, only behind the omnipresent Benzema, and despite this he did not take the opportunity to open the melon of his renewal. He preferred to wait until the end of the course and Madrid will take it into account in his new contract, which will run until 2026 or 2027 (probably the second case) and that will include a significant salary increase, which will put him in the upper-middle section of the workforce.

But Madrid is going to make this new contract to Vinicius not only because of the great attitude he has shown throughout the season; Nor for fear that some great European, like PSG, tempts him to take him away. If Madrid is going to make this improvement in Vini’s contract, it is because they consider that he has earned it with a course to frame that has placed him, directly, in the group of candidates to win the Ballon d’Or. At the white club they are clear that the award should go to Benzema, whose season has been one to frame: 44 goals and 15 assists in 46 games, scoring 15 goals in the Champions League that Real Madrid raised. But in the same way they know in Madrid that Vinicius will be, for sure, in the Top-10 of the trophy.

Podium options in the Ballon d’Or

His statistics deserve it this way: he has scored 22 goals and given 20 assists throughout the season, having great influence in Madrid’s Champions League, as he gave an assist in the round of 16, two in the quarterfinals, scored a goal in the semifinals and another in the final, which earned him the title. In the League, his participation in his goals rose to 30: he scored 17 and gave another 13.

In fact, he has options to enter the Ballon d’Or podium. Lewandowski has scored 50 goals, but he did not go beyond the quarterfinals in the Champions League; Mbappé made 39, but fell in the round of 16. Salah is hurt by not having won either the Premier or the Champions League. And his main rivals will be De Bruyne and probably his partner Courtois.