Villa and Fabra, figures in the triumph of Boca against Barracas 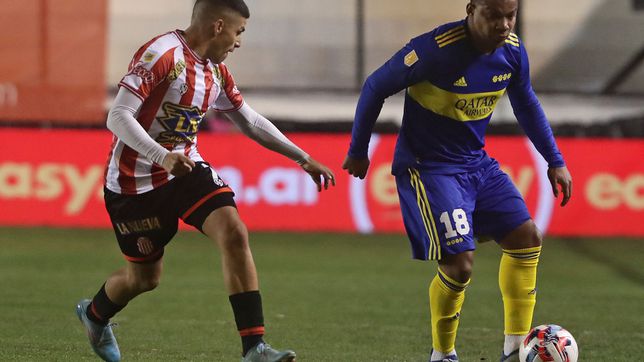 Victory for Boca Juniors at the Malvinas Argentinas Stadium against Barracas Central with stellar performances by Sebastián Villa and Frank Fabra that left the team with nine points in the Argentine Professional League, continuing with his great start to the season after his title in the League Cup against Tigre.

In a very even first half between both teams, in which the scoring actions were very scarce, Barracas Central came out to plant a direct match against Boca from the start of the game, however, Sebastián Battaglia’s team gradually found spaces and At minute 40, Sebastián Villa would score a great goal from outside the area, placing it in the goalkeeper’s left corner.

However, the locals found the equalizer through Neri Bandiera, who in a corner kick came off the mark and scored a powerful header beating goalkeeper Agustín Rossi and thus marking the partial 1-1 in minute 45+2′.

In the second half, the domain was Boca, who took possession of the ball and had dangerous actions, before this, he found his second goal at minute 59 through Pol Fernández, who took advantage of an assist from Frank Fabra after a good play by the Colombian overflowing down the left wing.

Boca wanted more and at 68 ‘the match was closed with a flourish when Ezqiel Zeballos made it 3-1, taking advantage of a mistake made by the local defense and passing the ball to Villa for him to return it. staying in front of the goalkeeper and marking in this way the final 3-1 with which they took the three points.

With this result, the ‘xeneizes’ are partial leaders of the Argentine League with 10 points and on the next date they will face Unión de Santa Fe in the Bombonera, game prior to the Copa Libertadores game against Corinthians as a visitor on June 28.