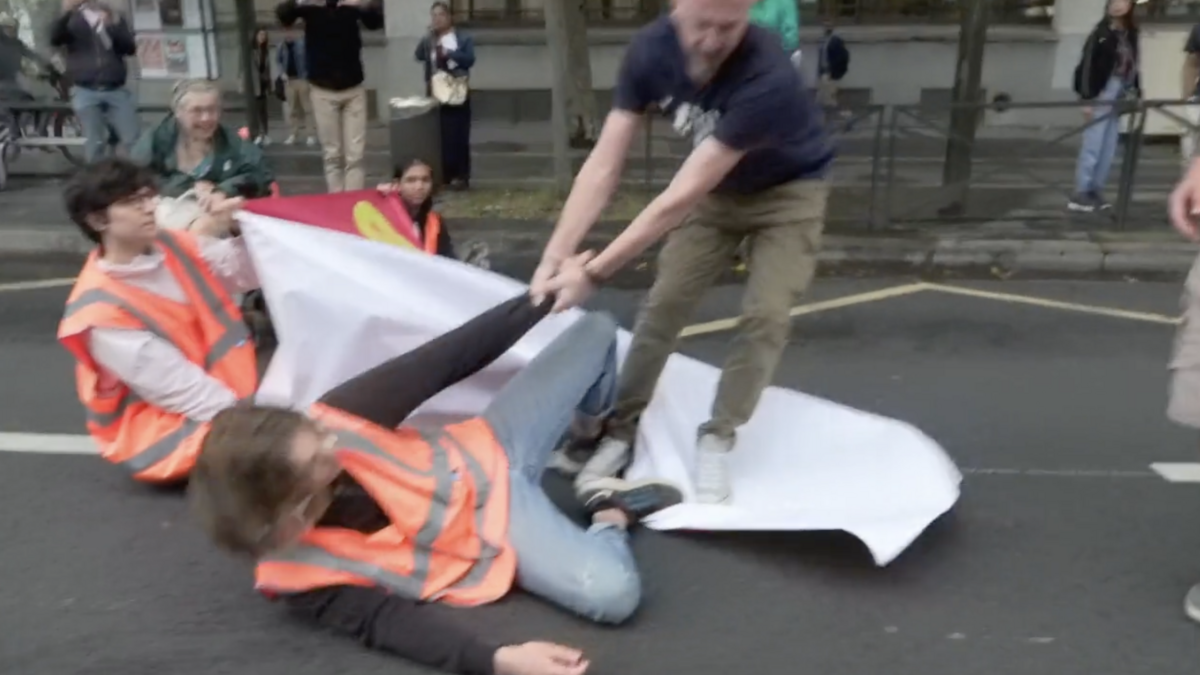 At 8:45 a.m., around ten climate activists landed in the middle of Avenue Edouard Vaillant in Boulogne-Billancourt, carrying a large fuchsia banner. A few minutes later, traffic is paralyzed. The bikers and motorists stuck there grew impatient and attacked the small group planted in the middle of the road.

“We have to come to this. It’s still something non-violent but it’s to show that we just have no other way to be heard than to come to more and more radical actions, ”slips David. He campaigns for “Last Renovation”, a collective created in February to push the government to invest in the thermal renovation of buildings.

Its members shine more and more frequently with punchy actions. In Neuilly, on June 11, they had already glued their hands to the asphalt to block the flow of cars. A little over a week earlier, on June 3, Alizée, another activist, tied herself to the net in the Ruud-Cilic semi-final at Roland Garros. Discover the images of the action and the testimony of these activists in video.