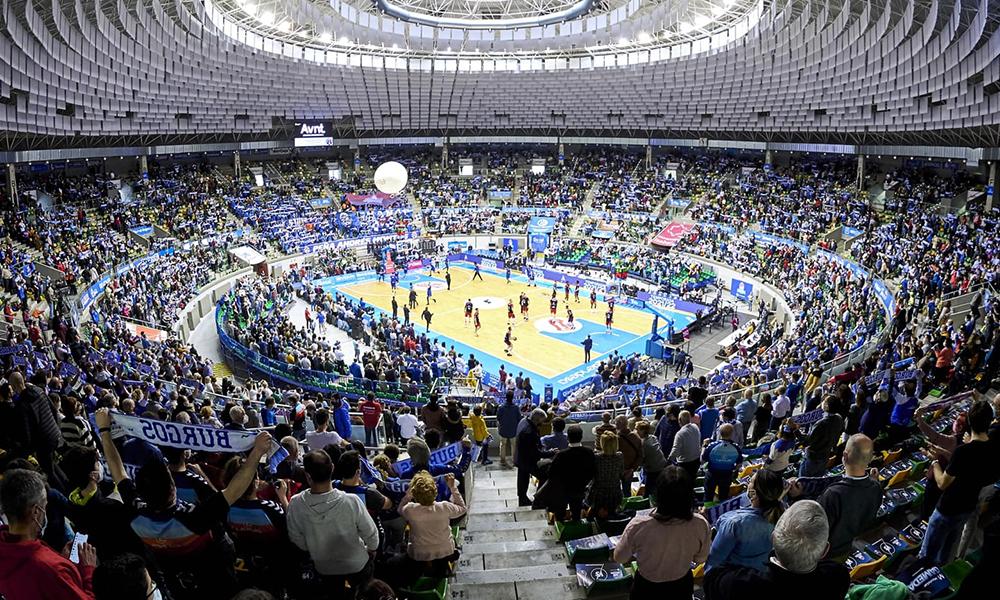 Little is known about this new LEB Oro 22/23 after the end of the course with the rise of Bàsquet Girona, which is the starting gun, without any rest, of the new season. On July 1, the teams that will make it up will be known: that the teams that go up to ACB meet the relevant requirements and that the 18 teams with sports rights register for Gold. At this point, teams such as Oviedo, Almansa, Albacete or, to a lesser extent, Cantabria, with doubts about registering; always on the lookout is a Silver team like Tizona to get promotion on the fast track.

Yes, it is clear that the Marc Gasol effect and the good work of Granada have left Movistar Estudiantes one year in more than LEB Oro, being touched in confidence right now. A squad that man for man could surely compete in the same ACB, but that this course has not known how to “play” in Gold. We already analyzed in The odyssey of Movistar Students their failures during the Regular League and we have also seen how Javi Beiran himself, one of the few who responded in F4, declared that this course they were “the rival to beat” and that they play “closer, to failure and scores of 50 -60 points, with more traps and a different arbitration, which you have to get used to”.

With the deficits in his performance away from home and his doubts with the outside shot, the project from Madrid is right now a sea of ​​unknowns. Logic should give Epi an opportunity on the bench from the start of the course, a coach who knows the category and knows what climbing is, and bases his project on the continuity of players like Beiran, Sola or Larsen. It is clear that, with one more year of experience in the category, there remains a residue, but something must change in its structure and consider whether this commitment to the youth academy is true with 8-9 important players and 3-4 quality youth academy, or just a speech facing the gallery.

Two teams drop from ACB without expecting it, and they do it with projects that swim in money for what is the reality of the highest category FEB. But they do it without players or structure. I remember basketball conversations, talking to people who know and, perhaps, more than a coach who knows what the category is, the vital thing to go up is to have a team with the best Gold players, seasoned with a touch of external quality, such as what Real Betis de Curro Segura did, with a All-Star that was a team. But, of course, those were other times, now there are three true ocean liners, the middle class of the teams has increased their economic power and, possibly, in this Gold there are not as many differential players as before, either because the years weigh, because of the currents of ascent or descent or because everything has been equalized.

With these doubts, and more shadows than lights, MoraBanc Andorra and Hereda San Pablo Burgos navigate. From the Principat, from the initial idea of ​​continuity it seems that only the Llovet interior is clear, in the absence of knowing what will happen to players like Paulí, Jelinek or Tunde, who will seek to hasten their options. At least for the bench they have been safe signing Natxo Lezkano, one of the best Gold coaches, recognized in the LEB world and who after two and a half good years at OCB returns to a powerful bench, taking on the Andorran international Alexis Bartholomew. In Burgos there are more doubts; the information speaks that, despite having players under contract, it seems that there will be disbandment. It is not known if Paco Olmos will continue (or at least not to his ACB salary) and it has only arrived that Gonzalo Corbalán, after his enormous year in the EBA League, will reach the first team, although it remains to be seen if he will have a community passport or will occupy a file extra. Too many doubts, few differential players with LEB experience and, it seems, a lot of money to spend. What they must be clear about is that players with pedigree or fame have not made much of a difference here, except for the alien Marc Gasol, so the team must prevail.

But beware, because until now we have only talked about the ACB ocean liners, but there is a lot of life in the LEB. No one can doubt that Leyma Coruña will want to be at the top again and that, in the absence of a coach, they will surely do so with a competitive squad. At Zunder Palencia, Pedro Rivero is a winner and after reaching F4 he will want more and more. In addition, the information that arrives from several cities indicates that there are several projects that are making a commitment to increase their economic power. Paco García’s UEMC Real Valladolid Baloncesto wants to take that step forward based on continuity, HLA Alicante could be one of those covered under the hand of Intercity and the security offered by Monclova, while Acunsa Gipuzkoa also wants more and Sollazo’s signature , together with the renovations, confirms it.

We cannot forget the surprise teams. In a world so marked by money it seems difficult, but miracles exist. Who knows what Cáceres will do with that money that the most likely new sponsor will contribute; if they have already been able to assemble good templates low costyou have to dream of a medium cost. In ICG Força Lleida, where the social mass has awakened, it will be necessary to see if Gerard Finds gives continuity to his good campaign; for now, with the more than certain continuity of Michael Carrera, who rejected, according to the Lleida press, offers from Andorra and Burgos, they have already taken their first step. What is clear is that another exciting season begins and I hope we are all together to tell you about it.