During the first leg of the BetPlay League grand final, Deportes Tolima published a statement in which they assured that they were playing under protest due to the improper alignment of Giovanni Moreno, an Atlético Nacional player, who was on the bench of substitutes and entered the 89th minute to replace Jefferson Duque. The Ibagué team assured that they would demand the match that ended 3-1 in favor of the Antioquian team at the Atanasio Girardot.

Despite the fact that the Dimayor Disciplinary Committee partially suspended the player’s sanction and “will subject the player to a conditional period of six months”, Deportes Tolima published a statement explaining that the improper alignment incurs a punishable foul with a 0-3 victory in favor of the team led by Hernán Torres.

“Giovanni Moreno had to serve the sanction of 2 consecutive dates from June 16. The sanction was notified on junior 15, 2022… The match played between Atlético Nacional and Atlético Junior on June 15 does not count as part of compliance with the sanction. In yesterday’s match, June 22, the player was lined up and played precisely on the date that would be fulfilling the first sanction date”, published the team in a press release

“This is nothing different than that he incurred an infraction punishable by defeat by withdrawal or resignation, leaving yesterday’s match 0-3 in favor of Tolima. The Disciplinary Committee of the Championship has a unique opportunity to restore credibility and trust in sports justice that will do so much good for our competitions”, the report added.

At the moment, Dimayor has not commented on the team’s statement or the Committee’s resolution. In the meantime, Deportes Tolima and Atlético Nacional prepare the second leg of the BetPlay League grand final, which is scheduled for Sunday, June 26 at 7:00 pm at the Manuel Murillo Toro stadium in Ibagué. 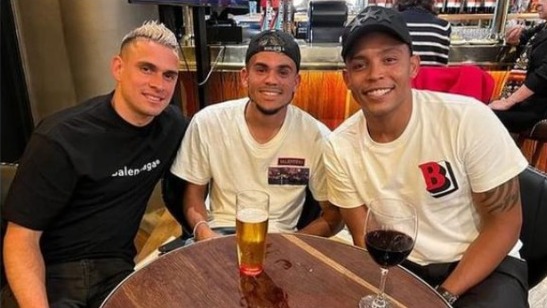