They ratify the sanction of Millonarios, but there will be an audience against Nacional – Colombian Soccer – Sports

The Disciplinary Commission of the Dimayor rejected the appeal of Millonarios and ratified the punishment the stands of the El Campín stadium that had been sanctioned this Friday.

Nevertheless, Although Millonarios accepted the sanction, there will normally be public entrance for the match against Atlético Nacional, this Saturday.

The club argued that it has no logistical possibilities of serving the punishment, a few hours before the match takes place, starting at 7:30 at night. The opening of the stadium doors was scheduled for 4 pm and many people were already with tickets around El Campín.

The Secretary of Security of Bogotá spoke with both Millonarios and Dimayor to arrange for public access to the sanctioned areas to be allowed.

Why millionaires were sanctioned

The sanction consists of “two (2) dates of partial suspension of the plaza, Western Lower North, Western Lower South and Western Lower Central stands”, for throwing objects from the stands at the end of the match.

Thus, the punishment must be fulfilled from the next date in which Millonarios plays at home. That is, in case of qualifying for an eventual final. The locations referred to in the sanction may not have an audience.

This is Dimayor’s statement postponing the sanction

The Major Division of Colombian Soccer – DIMAYOR, informs through its president Fernando Jaramillo, that fans are allowed to enter the El Campin stadium in the city of Bogotá, for the match corresponding to date 5 of the Quadrangular Semifinals – BetPlay League DIMAYOR I-2022, between Millonarios FC vs Atlético Nacional.

The Disciplinary Committee of the Championship sanctioned several stands of the western grandstand through resolution 031, which was ratified through resolution 032, not accepting the replacement request sent by the Millonarios FC club; Similarly, the Disciplinary Commission of the DIMAYOR at the appeal venue, confirmed the first instance decision.

Once the corresponding decisions and the time available to comply with them have been notified, on the recommendation of the PMU and the Metropolitan Police, and in order to avoid public order problems in the surroundings of the El Campin stadium, it has been decided to authorize the entry of the fans who purchased the ticket office for this match in advance.

In this way, the fans who have suspended tickets from the stands will not be affected to witness the game corresponding to date 5 between Millonarios FC vs. Atlético Nacional, this Saturday, June 11 at 7:30 pm, for the Quadrangular Semifinals – BetPlay League DIMAYOR I-2022.

Likewise, from the DIMAYOR, hand in hand with the disciplinary authorities, the case will be evaluated so that the Millonarios FC club can comply with the respective suspension. 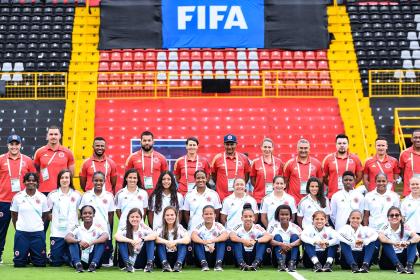