The Seville School of Hospitality receives the Andalusia Tourism Award 2022 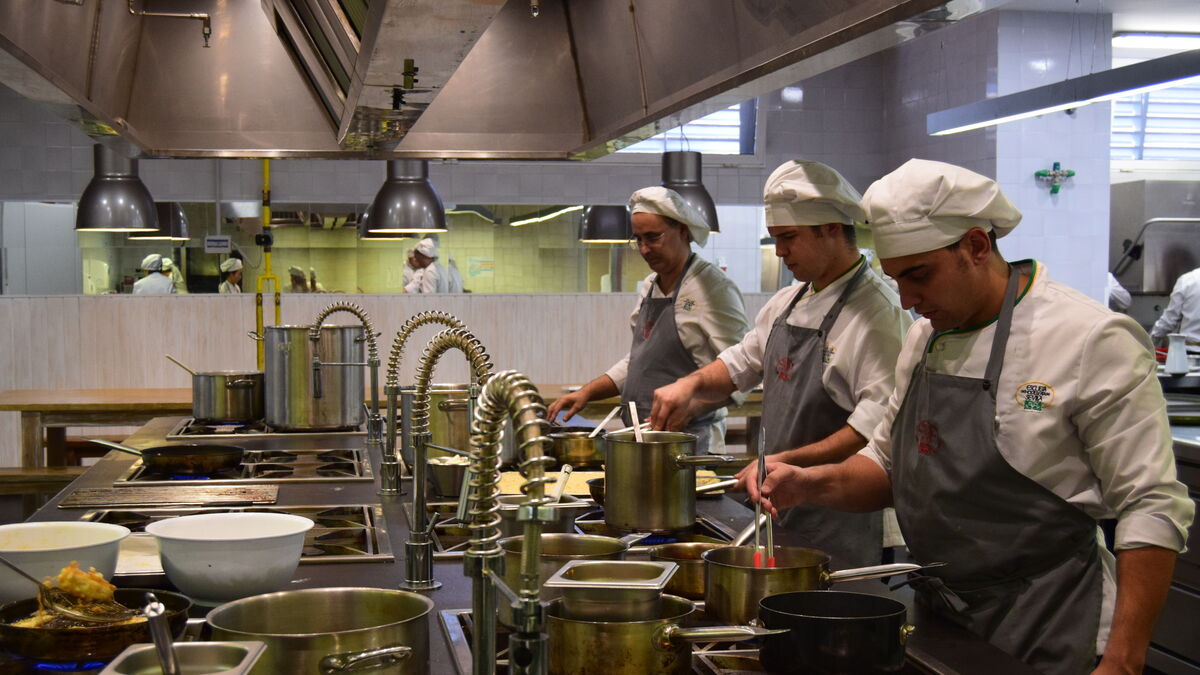 The Higher School of Hospitality in Seville has been distinguished with the Andalusia Tourism Award 2022, which is awarded each year by the Andalusian Government, in the category of Tourism Training and Research.

The ESHS, installed today in the Navigation Pavilion and belonging to the Lezama Group – an entity with more than 40 years of experience in the Training, Hospitality and Tourism sector – has been named Best Hospitality School in Europe three times and this year aspires to be so once again. At the moment, it appears in the list of five selected candidates in the Worlds Culinary Awards and on the website worldculinaryawards.com A two-month voting phase has been opened, open to anyone who wants it.

It is one of the most consolidated business schools in the Spanish hospitality training sector. Annually, its classrooms receive more than 500 students from all over the world.

For its director, Iñaki Echeveste, “our more than 35,000 thousand graduates are today the protagonists of the unstoppable drive and development of the tourism industry and are a guarantee of the enormous work we do. Our work has become a symbol of creativity, talent and innovation for the Andalucía brand”.

The Andalusian Awards jury, chaired by the Acting Deputy Minister of Tourism, Ana García, has decided to award the consideration of Andalusian Ambassador to the athlete from Huelva Carolina Marínwho a world reference of Spanish badminton. Marín, who competes in the women’s individual category, has the titles of Olympic champion in Rio de Janeiro 2016; world champion in 2014, 2015 and 2018; European champion in 2014, 2016, 2017, 2018 and 2021; and she holds 21 international BWF titles. Her permanent presence in the elite of this sport, dominated until her emergence by Asian athletes, has made her a key figure, which makes her worthy of her designation as an ambassador of the community.

read more  Adjusted triumph of a Sevilla that deserved thrashing

The Seville company Rosabus has received recognition for Tourism Excellence of Institutions, associations and foundations. Its commitment to safety, health and the environment or its solidarity actions -such as the expedition to bring food and clothing to Ukraine and bring a hundred refugees to Seville-, have earned this consideration for the passenger transport company specialized in congresses , circuits and events.

The award for Tourism Business Trajectory this year has fallen on the hotel entrepreneur José María Rossell Recasens. During his career, Rossell has been at the head of Zontur and has chaired Exceltur, among others. Today, the group Senator Hotels & Resortsof which he is the founder and president, is the largest hotel chain in Andalusia, with a wide presence in the provinces of Almería, Cádiz, Granada, Huelva, Málaga and Seville, as well as in other destinations in Spain and the world.

In the mode of ‘Worker in the tourism sector’ the work of Fernando Alonso Martín has been recognized. During his career as a self-employed worker he has founded the group J.126 to spread the environmental and tourist values ​​of Cabo de Gata, he has put into operation the Information Center of the Natural Park (current tourist office). In addition, Alonso is the founder and president of Asemparna and Infoturismo, founder of the Association of Andalusian Natural Park brand tourism companies, and partner and administrator of Aetosal.

This edition of the Andalusian Tourism Awards recognizes the Macià Hotels Group for their good practices in tourism employment. This family business that makes up a leading business group in Andalusia dedicated to the hotel, tourism and restaurant sector, stands out for its social and environmental commitment. With implementation in the provinces of Granada, Córdoba, Seville and Cádiz, it has received numerous awards such as the Prestige Award granted by the Granada City Council, the 2000 Tourism Award by the Granada Chamber of Commerce or the Q Quality Tourism seal in Spain.