The Rubiales go to the family war in the courts: the crossed complaints of Luis and Uncle Juan 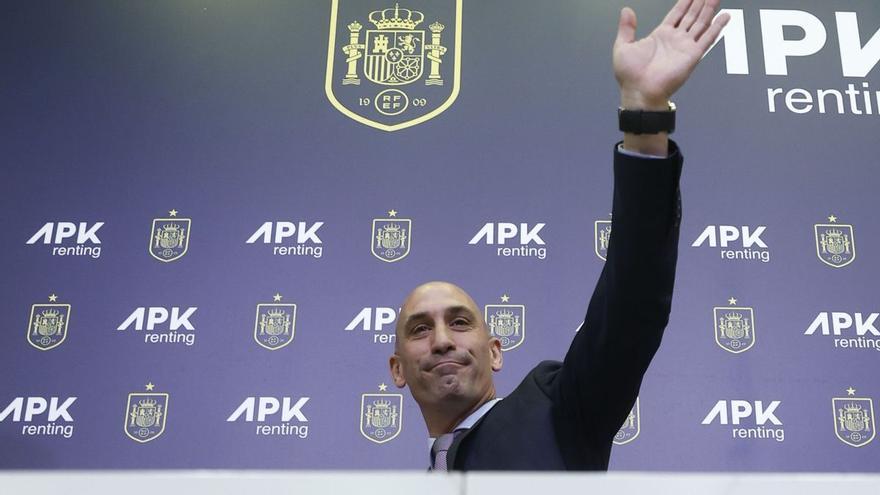 the festering confrontation between the president of the Royal Spanish Football Federation (RFEF), Luis Rubialesand his uncle and former chief of staffJuan Rubiales, has already reached the courts, with cross complaints Between both. The nephew accuses the uncle of illegally obtaining information and revealing secrets, while the uncle accuses the nephew of harassment and coercion. A family derivative of war dirty that Spanish football is waging in recent weeks, through conflicting plots of alleged espionage.

During the first two years of his mandate (2018-20), Juan was Luis’s chief of staff and right-hand man, a relationship that deteriorated until he was removed from office in August 2020 and assigned to other functions of lower rank in the RFEF, of which two years later he is still an employee. The break between the two reached such an extreme that now Luis considers that his uncle Juan is allied with the president of LaLiga, Javier Tebas, and that he is the person who has provided ‘El Confidencial’ with part of the private information that he has published in the last weeks. A full blood betrayal.

For this reason, the RFEF has denounced Uncle Juan for “obtaining information illegally and revealing secrets“, as confirmed by federal sources to El Periódico de España. As RFEF spokesman Javier Gómez Matallanas told Efe, “Juan Rubiales and another RFEF employee [sin especificar quién] have been charged and will have to testify on the 20th [de junio]”. Legal sources do not confirm this accusation, although they do confirm the existence of the complaint, encouraged by a series of information published by Ok Diario in recent days. In conversation with this newspaper, Juan Rubiales’ lawyer also claims to be unaware of the accusation of his client.

In the opposite direction, Uncle Juan has presented a complaint against his nephew for harassment and coercion, which increases Luis’ judicial fronts: he joins the actions against him by the president of the National Training Center for Football Coaches (CENAFE), Miguel Ángel Galán -who is already investigating the Anti-Corruption Prosecutor’s Office-; that of the Clean Hands Union and that of the president of AFE, David Aganzo, before the Civil Guard.

On the one hand, there is the labor dispute arising from the dismissal of Juan Rubiales as head of the cabinet, which already has a first date, next June 28, to try a conciliation in the Mediation, Arbitration and Conciliation Services of Madrid (SMAC), where Juan’s defense will try to allege workplace harassment (‘mobbing’ ) and violation of fundamental rights. To this is added a complaint for harassment and coercion recently filed in the ordinary courts of Madrid, still pending admission, according to legal sources told El Periódico de España.

The aforementioned complaint relates the situation suffered by Juan Rubiales since he took a sick leave on May 3 to receive psychological and pharmacological treatment, a state that was accentuated when on May 10 he received a visit from those responsible for human resources at his own home, urging him to sign certain documents. By then, in the RFEF they were already slipping that they had a ‘mole’ whom they blamed for the leak of private information from the president’s mobile. 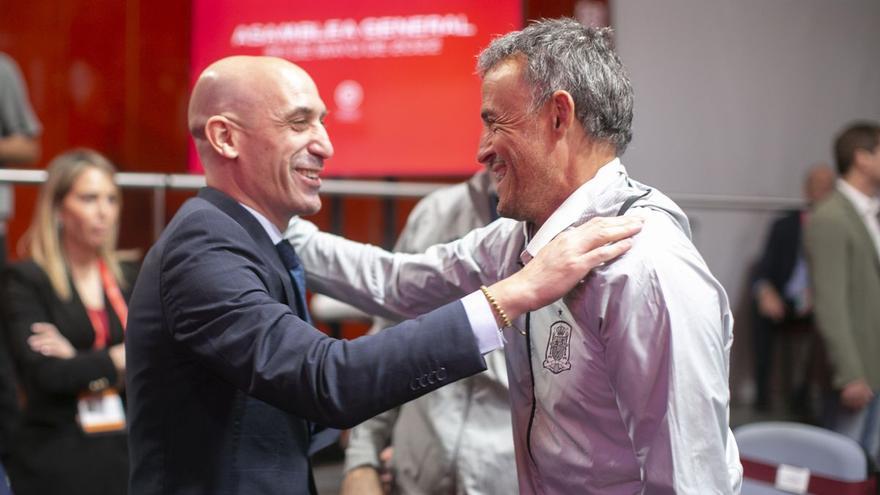 For this reason, the complaint is directed against Alfredo Olivares, director of Organization and People, and against Pedro González Segura, director of the legal department. And subsidiarily also against the secretary general, Andreu Camps, and against his nephew Rubiales, according to Relevo and confirmed by El Periódico de España.

Meanwhile, the Anti-Corruption Prosecutor’s Office continues to analyze various documentation Regarding the contract that Luis Rubiales signed for the celebration of the Super Cup in Saudi Arabia and that, together with other controversial decisions that he has adopted in his management of this organization, could constitute crimes of corruption in business and unfair administration. The interrogations before the prosecutor in the case, José Miguel Alonso Carbajo, both of the manager and of the FC Barcelona player Gerard Piqué -who obtained a commission close to 24 million euros for this contract-, they will have to wait for this analysis, according to research sources consulted by El Periódico de España.

In any case, this interrogation may not take place in the Anti-Corruption offices, but before the Judge of First Instance and Instruction number 4 of Majadahonda (Madrid), Delia Rodrigo, where a complaint has been filed for the same facts presented by the same complainant, the president of CENAFE, Miguel Ángel Galán, according to legal sources to this newspaper. In the event that the magistrate accepts this complaint, the prosecutor will lose the direction of the investigations in favor of the court, as ordered by law.

At the moment there is extensive documentation on the Saudi Arabia contract and other decisions taken by Rubiales, which has been provided by the RFEF itself and also by Juan Rubiales, after he voluntarily appeared before the Prosecutor’s Office, also handing over several electronic devices.

Prosecutor Alonso has not yet requested any procedure outside the country, such as a rogatory commission to Saudi Arabia that allows access to other documents, although it is known that this state does not usually cooperate with the Spanish justice system, as was shown in the investigation into possible commissions in the award of the AVE to Mecca that could affect King Emeritus Juan Carlos I and that remained unanswered. These types of requests outside the country usually delay tax proceedings, which have a maximum duration of one year -although extendable- in the case of the Anti-Corruption Prosecutor’s Office.

For the time being, the work of the Prosecutor’s Office is focused on analyzing Rubiales’ behavior with respect to certain very specific decisions -it is not in any case to make any general cause to his management-, and the determination of conduct that may be criminal. Corruption crimes between individuals, according to the sources consulted, are not easy to determine, so the analysis of the documents obtained is crucial.

The RFEF itself publicly announced on May 25 that it had delivered documentation to the prosecutor in order to “collaborate with justice“. The investigations try to clarify if the signed contract, which generated millionaire commissions for Piqué’s company Kosmos Global Holding SL, was made behind the organization’s back.

From the Federation it was also reported that the documents sent try to “clarify any question regarding recent publications in the media, about the contract for the Spanish Super Cup in Saudi Arabia and other related issues.” Among these issues would also be, as confirmed at the time by the Prosecutor’s Office itself, that relating to the payment of the rent of a house for Rubiales In the centre of Madrid.

There is a second criminal action pending admission, this time in the form of a complaint -only some facts are exposed, without being directed against anyone in particular-, which was presented by Clean Hands in the ordinary courts of Madrid. Due to the large volume of complaints filed in the capital, Clean Hands will take a few days to take turns, so the most logical thing is that it ends up being accumulated in Majadahonda, which is also the judicial district to which it would correspond because it deals with acts committed at the headquarters of the Federation located in Las Rozas.

In its complaint, Clean Hands alludes to two more issues of those already investigated by Anticorruption: the President’s trip to New York together with a Mexican painter her friend and her supposed espionage to the president of the Association of Spanish Soccer Players (AFE), David Aganzo. He has already reported the events to the Civil Guard, as reported by El Periódico de España.

On this last matter, the complaint made by the pseudo-union alludes to a alleged crime of forgery of public document for the existence of a “false invoice” of 11,764 euros to “make up” the monitoring that the detective company Cryptex Europa SL would have carried out in August 2019 on the president of AFE. The purpose of this investigation was to unseat Aganzo from the AFE through a motion of censure, raised by members of Rubiales’ trust.