«The promotion with Scafati? I’ve been celebrating for a week. I remain a fan of Varese, who remembers the debut and the roar of the building »- Varesenoi.it 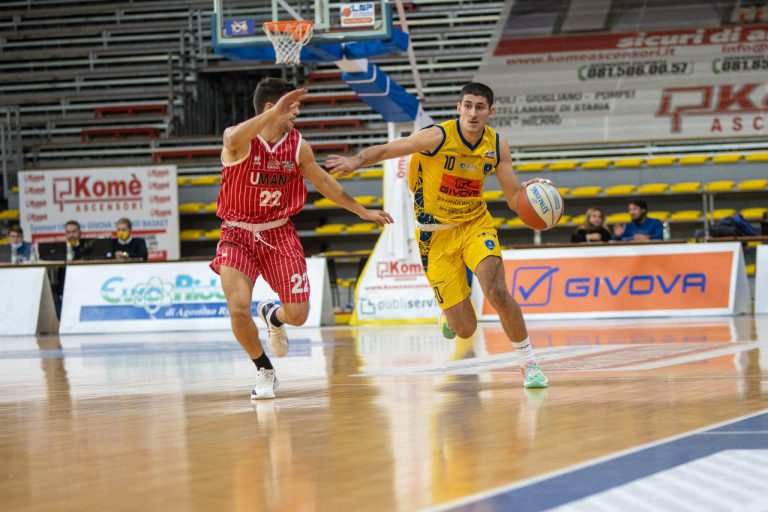 11 February 2018. Just under a minute from the end, with the game now on ice, Attilio Caja calls the sixteen-year-old Matteo Parravicini from the bench. The Varese player enters the field for the last minute of the match and also allows himself the luxury of scoring a triple before the siren sounds.

June 14, 2022. Givova Scafati beats Acqua San Bernardo Cantù and returns to the national top flight after a fourteen-year abstinence. One of the protagonists of the triumphal ride is the same boy who had made his debut in Serie A in February 2018 with the red and white shirt.

Between the two moments, several things happened: Matteo, born in Varese in 2001, cut his teeth in Oleggio, in Serie B, and exploded in Bergamo, in A2, before arriving in Scafati at the beginning of the 2021-2022 season. . Season ended with promotion to the top league.

Matteo, it’s only been a week since that moment. What were the sensations?

Already at the beginning of the year we had the feeling that we would do something good, with the passing of the games and the playoffs we understood that we could do it. The sensations were positive but strange: in my life I have never won trophies, I happened to lose the national Under 15 final and the defeats remain impressed on you immediately; victories, on the other hand, no, I’ve been celebrating for a week, but you don’t realize it immediately, you realize later

Did you experience the final series against Cantù as a personal derby?

read more  “Perhaps the most advantageous extension in history”

Definitely yes, especially when I played there in Desio. Playing in front of their curve and in front of the audience you always wanted to tease made a great impression on me and it was exciting.

How was the season on a personal level? 10.5 minutes on average: did you have the space you expected?

When I signed up I expected more, I’m honest. In Bergamo, as a rookie in A2, coach Calvani gave me extreme confidence. Here at the beginning I had problems on a personal level, I struggled, I was wondering if it was the right place for me. I tried to distract myself a bit, then I started to understand and accept what the situation was, to give everything in the minutes I had and to be useful by bringing my brick. In the end, if I look back, I am happy with what I have given in a team that has won

What about the future? Will you play in Serie A with Scafati?

No, I don’t think so, although theoretically I have contracted. We will meet shortly and decide, by June 30th we will resolve the issue. I would like to stay in A2, having a lot of space and an important role

Yes, I still follow Varese as a fan. I just see what happens a bit, but otherwise I think about my career

Would you like to play for Varese again one day?

Surely the idea of ​​playing for Varese is always there, even if I felt let go a little too quietly, I never had real contact with the club. I always have the passion to play for Varese of course, but I don’t want to create expectations

Thinking back to that moment in 2018, do you carry a precious memory with you?

Absolutely yes, I have the memories of when I marked that the building exploded. When I was little, the first times I went to the building, I always have those moments when someone marks that the whole building explodes in a roar. I always thought that someday I wanted to do it too. When I scored that everyone jumped up I remember it as something beautiful

So, beyond everything, remain a Varese fan

Do you want to stay informed about Varese Basketball and have your say?

– send a message with the text VARESE BASKETBALL

– the double check confirms the receipt of the request.
The messages will be sent in broadcast mode, so no subscriber will be able to see the contacts of others, your anonymity is guaranteed compared to anyone else.
VareseNoi.it will use them only for the purposes of this service and will not share them with anyone else.
To deactivate the service, just send a WhatsApp message with the text STOP BASKETBALL VARESE at any time to 0039 340 4631748.