the history of the golden state warriors, step by step 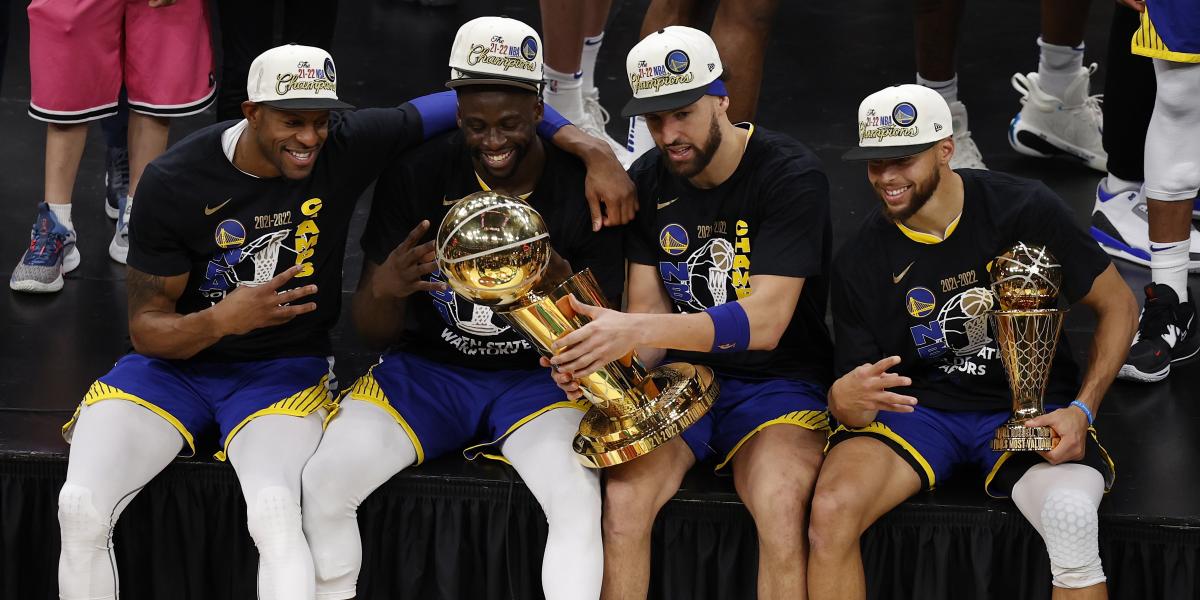 The Golden State Warriors legend of Stephen Curry continues to grow. With the ring won on Friday against the Boston Celtics, the team from San Francisco (USA) added its fourth title in eight years and extended a dynasty that is already golden history in the NBA. This is his story step by step.

2015: The emergence of the ‘Splash Brothers’

Stephen Curry landed in the NBA in 2009 and Klay Thompson did the same two years later, but the irruption of the Splash Brothers did not arrive until the 2014-2015 season and coincided with the landing on the bench of Steve Kerr.

With a spectacular game, very showy, fabulous confidence in the triples and enormous collective spirit (Draymond Green It was the glue that held it all together. Harrison Barnes added in all facets), the Warriors made a great leap in quality, finished first in the West and Curry took his first MVP of the regular season.

There they crossed paths with the Cleveland Cavaliers of LeBron James, their great enemy in those years.

The Warriors ended up taking the title (4-2) with a brilliant decision from Kerr: replace Andrew Bogut in the starting lineup with Andre Iguodala that he had been fundamental from the bench throughout the season and that he ended up winning the Finals MVP for his fantastic defense against LeBron.

Golden State started its title defense like a rocket. In the regular season it swept rivals in the four cardinal points and cmissed an impressive season with a record of 73-9, the best record in NBA history, surpassing what the Chicago Bulls had achieved in 1996 (72-10).

The structure of the previous championship was maintained, the machine seemed even more oiled, Curry won his second straight MVP and they even passed a very demanding test in the Western Final with a 4-3 loss against the Oklahoma City Thunder of Kevin Durant and Russell Westbrook after trailing 1-3.

However, the Cavaliers got in his way this time.

With Kyrie Irving and Kevin Love escorting LeBron JamesCleveland forced the seventh game after going 1-3 down and triumphed in the final match on the Golden State court with two plays to remember: LeBron’s block to Iguodala and a triple by Irving in the face of Curry.

Very few doubted that the Warriors had the best roster in the league, but those who remained to be convinced fell silent when Kevin Durant came to Golden State in one of the most talked about -and controversial- signings in the history of the NBA.

With devastating offensive power and a virtually infinite ability to generate offensive shots, the Warriors chained two consecutive rings defeating some Cavaliers in the Finals who, as much as LeBron tried, could not stop these unstoppable Golden State.

As an example, Curry, Durant, Thompson and Green were chosen together for the 2017 All Star.

In that season, the Warriors they only lost one game (and it was in the Finals against Cleveland) on his way to the ring while the following year they suffered much more by having to play seven games to eliminate the Houston Rockets of James Harden and Chris Paul.

Already in the 2018 Finals, the Warriors gave no option and swept the Cavaliers 4-0.

The Finals that the Warriors lost in 2019 against the Toronto Raptors marked a before and after.

First, the canadians ended their treble dream (4-2) in a fateful Finals for the Warriors and marked by the serious injuries of Kevin Durant (Achilles tendon) y Klay Thompson (anterior cruciate ligament).

Durant left the team that summer for the Brooklyn Nets and things got even worse for Golden State, which saw Stephen Curry break his hand early in the season.

Thus, the course in which the pandemic broke out and ended in the bubble was played by the Warriors without their two stars with an expected result: they went from being finalists to being the last in the West with the worst balance in the league (15-50).

In addition, Thompson suffered an Achilles tendon injury, his second serious mishap in a row, for which he spent almost a thousand days without playing.

In the 2020-2021 academic year, some positive signs appeared with Curry returning to an impressive level (average 32 points per game) and with an elimination in the play-in ante Los Angeles Lakers y los Memphis Grizzlies.

In San Francisco Bay they are more from Silicon Valley than from Hollywood, but the resurrection of the Warriors could have been signed by a film writer looking for a totally emotional ending.

With the incorporation of youth and energy with Andrew Wiggins o Jordan Poolethe Warriors finished third in the West (53-29) in the season in which Thompson finally returned to the courts.

Curry, meanwhile, was on his own: smashing 3-point records.

Thus, the great point guard became the first player in the NBA to make more than 3,000 triples and was named All Star MVP with an astounding display of 50 points on 16 3-pointers.

It remained to be seen if the rebirth of Golden State reached the playoffs and they did not fail: they eliminated the Denver Nuggets from the MVP Nikola Jokic (4-1), subdued the rebellious Memphis Grizzlies from And Morant (4-2), stopped the amazing Dallas Mavericks from Luka Doncic (4-1) and reacted in the Finals against the Celtics after losing 1-2 (4-2 final).

Curry grabbed the headlines as Finals MVP but let’s not forget Kerr’s extraordinary work off the bench, who is an impressive 22-2 in the playoffs having only lost two qualifiers: the 2016 and 2019 Finals. . 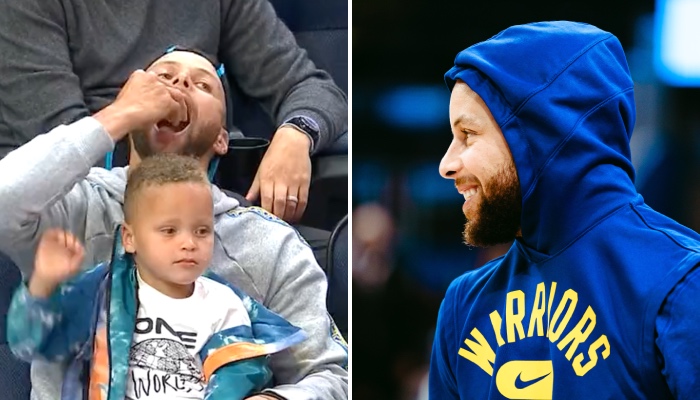 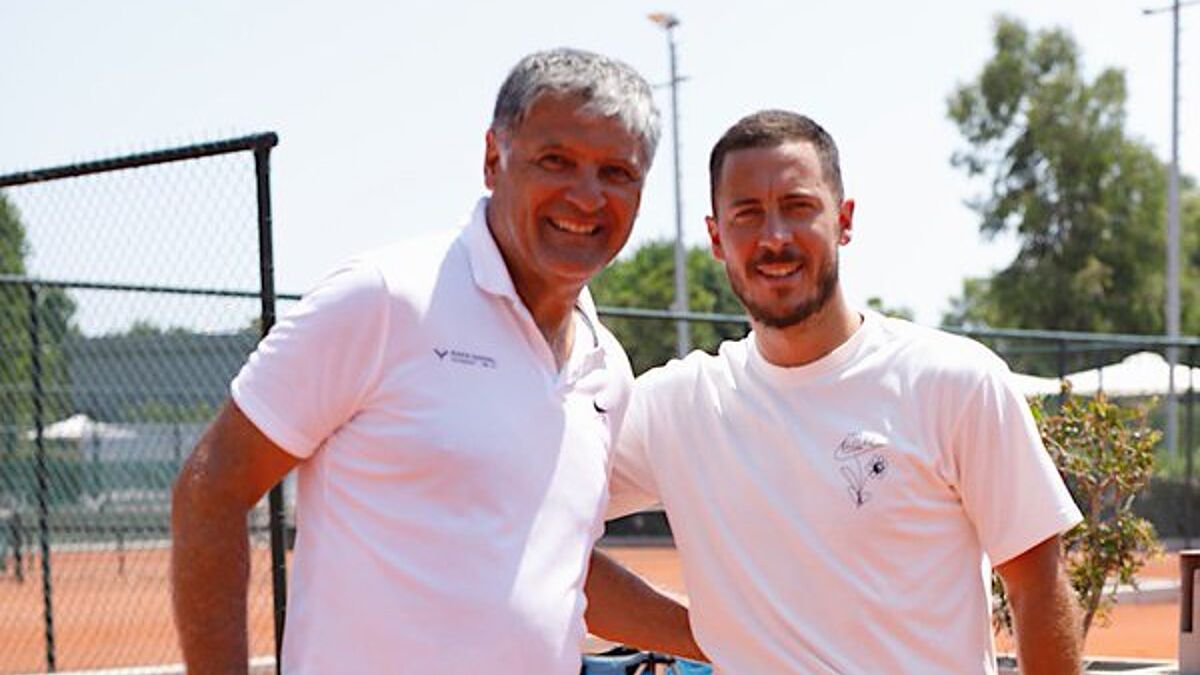