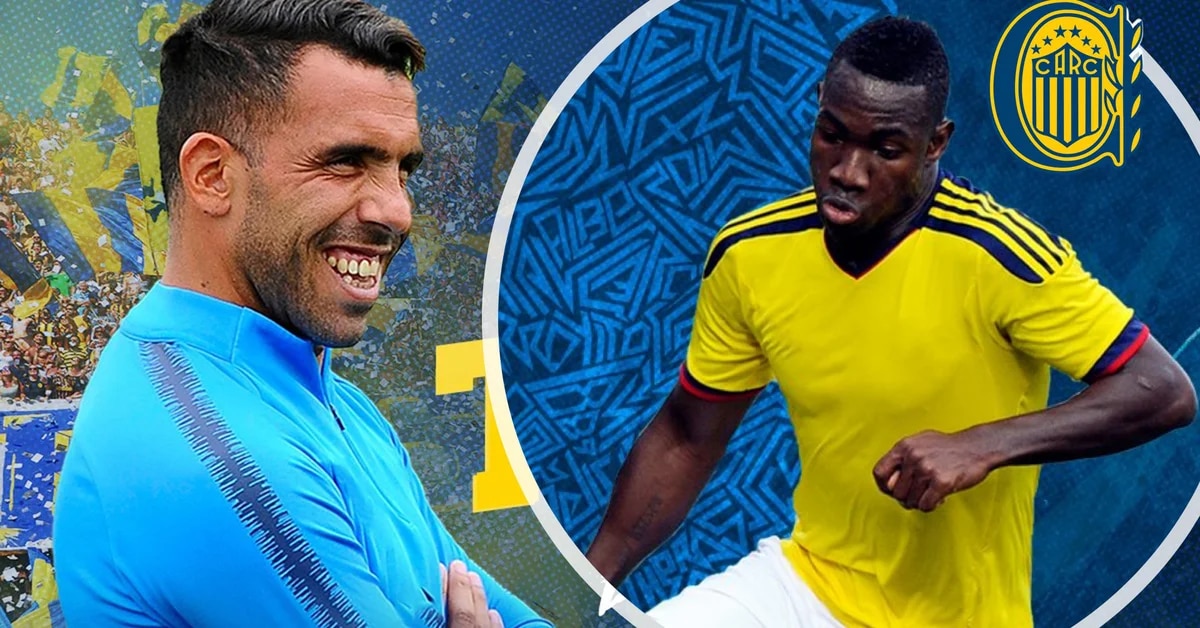 Carlos Tévez culminated his professional career playing a year ago as a striker for Boca Juniors and now began his new stage as technical director of the Rosario Central cluba team in which he will also have the opportunity to train a Colombian from the BetPlay League.

A couple of days ago the arrival of the Apache as a new strategist scoundrel after the cycle completed by Leandro Somoza and Germán Rivarola.

This will be the first experience as a technician for the crack Argentinian and two-time World Cup player with the Albiceleste. Now he will have the opportunity to incorporate a Colombian player into his squad.

This is the 28-year-old midfielder and pivot from Antioquia, Jose David Leudo Romañawho is ready to join the Argentine first division club after ending his contract with Patriotas de Boyacá.

The player from Apartadó began his sports career in 2009 playing for the other Tunja club: Boyacá Chicóa team that was also champion of the first division in the 2008 opening championship.

After passing through Fénix (Uruguay), Estudiantes de La Plata (Argentina), Colón de Santa Fe (Argentina), Once Caldas, Deportivo Pasto, Tiburones Rojos (Mexico), Atlético Huila and NorthEast United (India), the former player of the Colombia U-20 team in 2013 will have the challenge of remaining as a midfielder and starter after Colombian coach Arturo Boyacá Gamboa took him into account during the semester he spent in Patriotas.

Below is the technical file of Leudo, who has been playing for the Tunja team since December 2020:

The player from Antioquia will return to one of the most important leagues in South America, which he already knows after having been part of the Colón de Santa Fe and Estudiantes de la Plata squads between 2011 and 2014. On Argentine soil, Leudo conquered the 2014 second division title with Colón and a year earlier he became champion of the 2013 South American U-20 Tournament with the Colombian national team..

In the following way, Rosario Central made the arrival of José Leudo official at the Rosario campus:

José Leudo is Scoundrel! The Colombian midfielder has just played for Patriotas and signed a contract with #RosarioCentral until December 2023. Welcome! 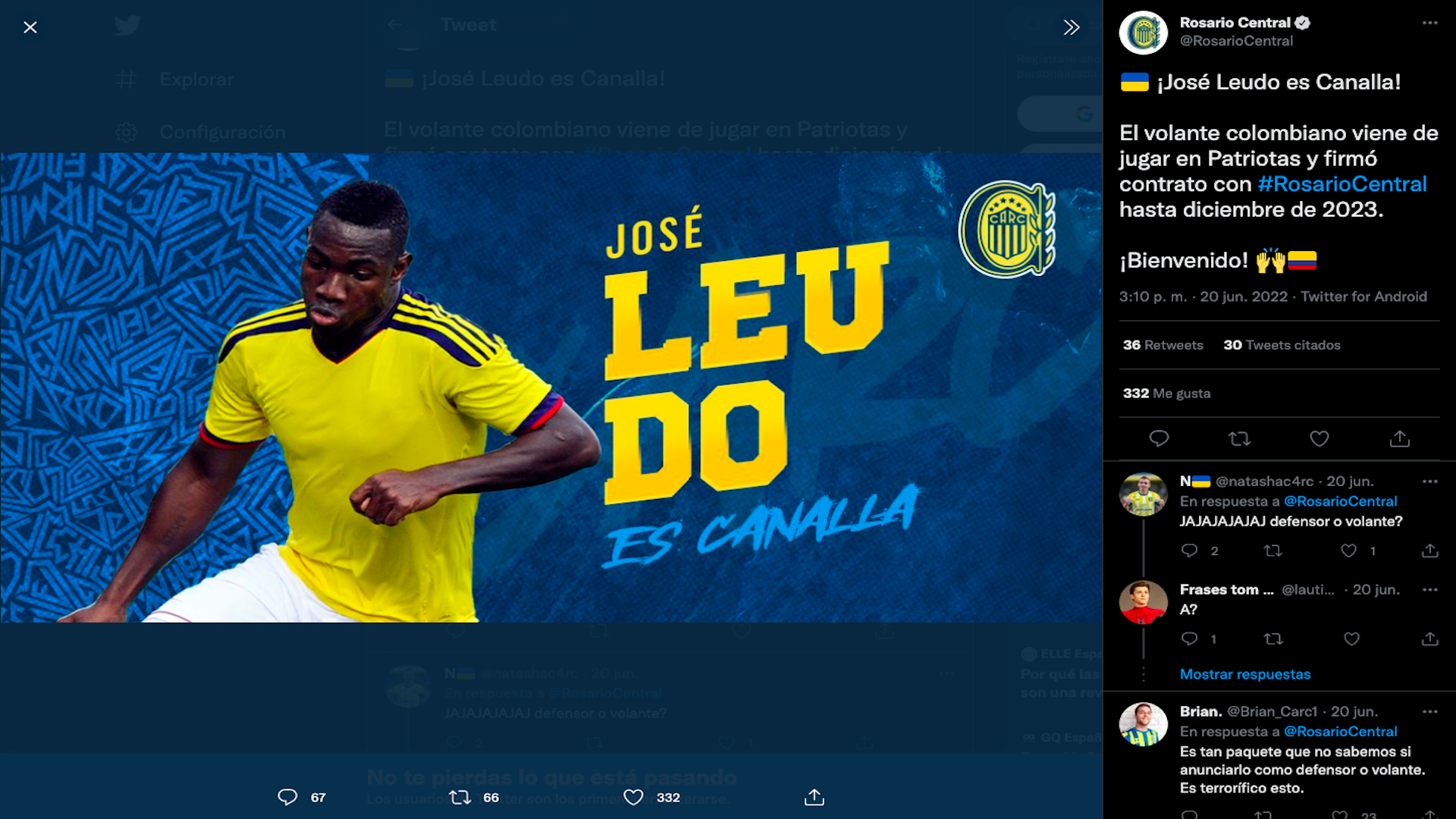 With his contract signed until December 2023, the Colombian will remain at the disposal of Carlos Tévez, thinking of facing what will be the round of 32 of the Argentine Cup against Quilmes Atlético Club and tomorrow, Friday, June 24 against Gymnastics and Fencing of La Plata by the date 5 of Binance 2022 Tournamentas a local in the Dr. Lisandro de la Torre “Arroyito” stadium.

At the moment, the first eleven that Tévez could lead against the La Plata team would be under a 4-2-3-1 lineup with the following players:

In a press conference after his appointment, the Apache He expressed his feelings and made it clear that the most important thing the club has is its people and the unconditional support from the stands:

The first challenge as a technician was taken in Rosario Central by its people. I had many offers, but Rosario has that plus of people that means that if we do things well, we can make a lot of noise and a lot of history. I trust that we can do something nice with Rosario Central. I am completely convinced. I had signed up some clubs that I liked and Central was one of those four. When they called me, I was just meeting with my coaching staff. So I rejected the rest and sat down to chat

Tévez also praised the greatness of Central throughout history and how he hopes to face the rest of the season with the squad he has at his disposal after receiving the team with a win, a draw and two losses in box 23 of the position table of the Argentine Professional Football League 2022:

Central is a sleeping giant that must be awakened. We have to take this club to another step, to compete. Yesterday at halftime it was rattling, it made me want to go in (laughs). But at one point, the player dies. Today he plays to be colder. Today I am a technician and I enjoy this profession. I trust these players a lot. I haven’t asked for any backup yet. For the Central fan, the last name Tevez is unknown, but at the same time things are said that are not true. A year ago I stopped playing and when a coach arrived and there was talk of reinforcements, I didn’t like it. I didn’t talk to anyone, I want to see the boys. I’m not going to say the positions out of respect for the players. we’ll see later