The boxer is standing again – sport 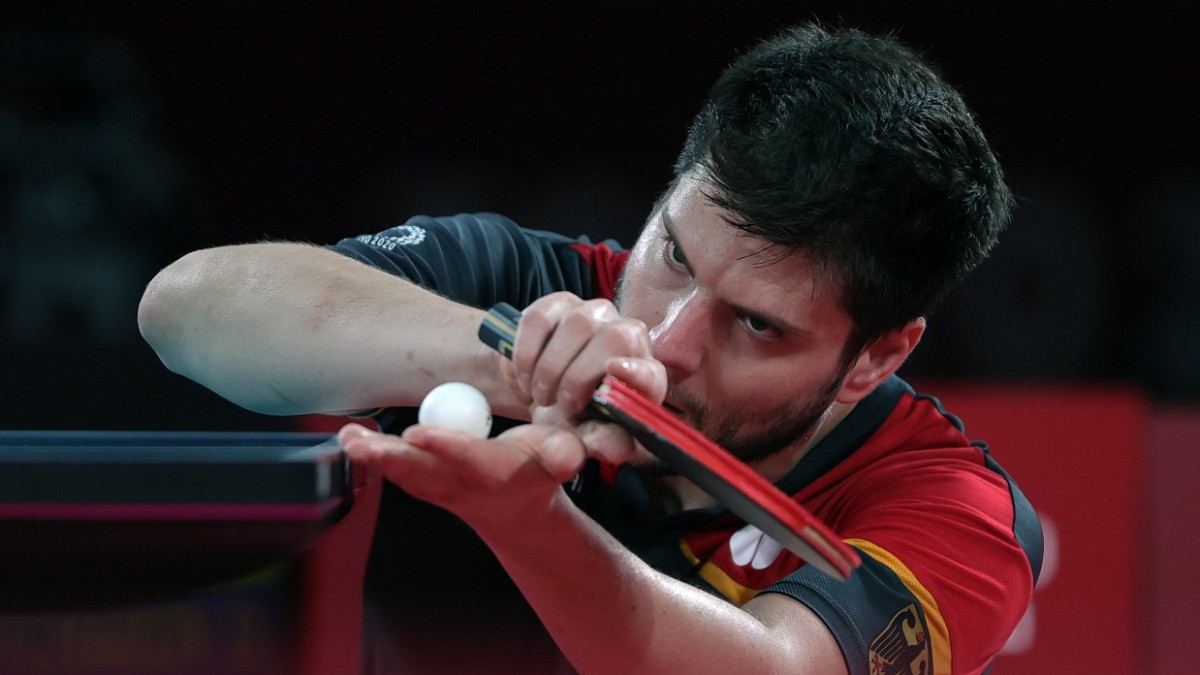 Table tennis pro Dimitrij Ovtcharov’s worst defeat was almost a year ago. Eleven months to be exact. At the Olympics in Tokyo, the 33-year-old lost in the semifinals against the Chinese Ma Long 9:11 in the seventh set. It doesn’t get any tighter, nor more depressing. It was his 16th defeat against the best player in the world in the 16th duel. “When I put the last ball into the net, I felt like a boxer going down,” says Ovtcharov. “It was the most painful defeat I’ve ever experienced.” He knows: “I could have won Olympic gold, I was really close.” In the end it got bronze.

What Ovtcharov did not know in July 2021: The worst defeat of his life was also the beginning of a phase of life that was moving for many reasons. In the fall he had to have ankle surgery, missed the World Cup in the USA, returned to the record weeks later, had to have another operation, struggled through rehab a second time, saw war break out in his parents’ home country of Ukraine, therefore canceled his contract with the Russian club Fakel Orenburg, sadly told the ZDF sports studio about the death of his sick grandmother, who had only recently been brought to Germany from Kyiv, and a few days later became a father for the second time.

In the past week, the table tennis competition has finally returned to his life. Ovtcharov played his first matches in months at a tournament in the Peruvian capital Lima. His father had to persuade him to try a comeback on the other side of the planet. And it succeeded. Ovtcharov defeated Portugal’s Joao Monteiro, Taiwan’s Chen Chien-an, France’s Simon Gauzy and Sweden’s Anton Källberg over the course of the tournament before narrowly losing the final 8-11 in the seventh set to Danq Qiu, his 25-year-old Friend and colleague from the German national team. So the result wasn’t that bad. “The defeat doesn’t change the fact that I’m 100 percent happy,” said Ovtcharov. “I’m really happy that I was able to play a tournament again after being out for so long – and that my foot held up great.”

Today, Ovtcharov knows that losing to Ma Long can help him

This diagnosis is of great importance because two relevant events are imminent: the Grand Smash tournament in July in Budapest, which is worth millions, and the European Championships in August in Munich. Not to mention the start of the season at TTC Neu-Ulm, which signed the current numbers five, seven, eight and nine in the world rankings with Sweden’s Truls Möregardh, Japan’s Tomokazu Harimoto, Taiwan’s Lin Yun-ju and Ovtcharov, and except for Harimoto all want to use in the Bundesliga and in the national cup.

Neu-Ulm has to reckon with fierce resistance at least from Borussia Düsseldorf, where Ovtcharov’s conqueror Dang Qiu also plays in addition to Timo Boll. Born in Nürtingen, he is making great strides towards his first top ten placement. Ovtcharov says about him: “He’s getting better and better, and that’s very good for German table tennis and the development of our national team.”

A year after his dramatic defeat at the Olympics against Ma Long, Ovtcharov is now also aware that this painful experience can even help him in his career. “What remains is the pride that, despite 15 defeats against Ma Long, I managed to go into this game with the firm belief: Today is my day! Today I will win! I believed that 100 percent.” Immediately after the defeat, he didn’t want to play the bronze match against future clubmate Lin Yun-ju. “I said: I already have Olympic bronze. I can’t take it anymore. I don’t want it anymore.” It took his father to persuade Ovtcharov to go back to the table less than 24 hours later. And now he knows it was the right thing to do. “My father told me that one day I would regret it; and if I look at both games, Ma Long and Lin Yun-ju, today as a whole, it was a great finish.”