The biggest feat of the neighborhood team 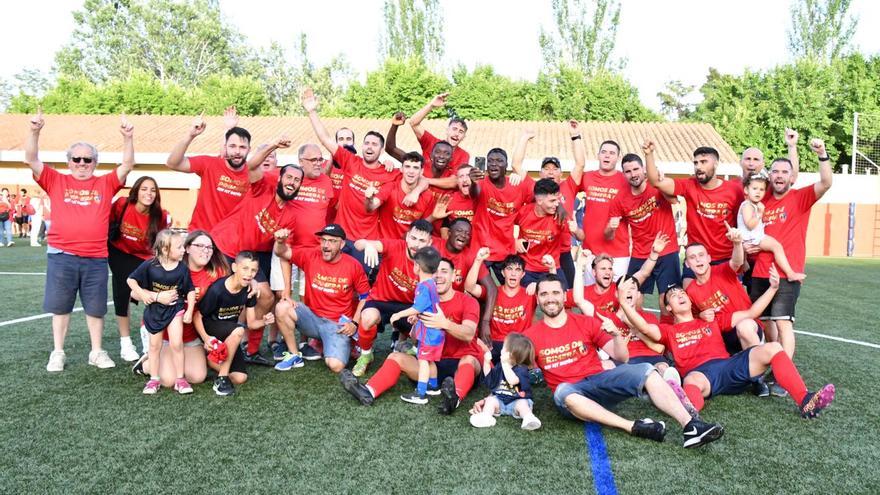 Toni Reinoso he was in his thirties when he set foot on an adventure that is still going on. The Can Gibert Sports Union is an important part of your life. A life he faces with a goal that puts his head above the rest. He wants to be remembered as a good person and that is to help others. This is how he has always acted and this is precisely the philosophy of a club who lives the sweetest moment of his existence. Reinoso, along with other people, laid the foundation stone of the organization in the early eighties and accepted the presidency. With the exception of a short one-season hiatus, he has held the post all this time and now he is about to turn 70. He is one of the most celebrated and will celebrate the historic rise to Primera Catalana. An unprecedented feat, which came on Saturday thanks to the 4-0 against Porqueres. The jump in the category will lead Can Gibert to face historic teams such as Palamós and Figueres, among others. No kidding.

Reinoso, always involved where he could, was determined to do something. It has been almost forty years since he met with the parish of Santa Eugènia and a proposal was made to run a football club with the aim of having a more social function. “We wanted to keep the kids busy playing football and not wandering the streets doing nothing profitable.”, recalls. It was 1982 and it was then that it was decided that the current CF Santa Eugènia would take care of the children and that the Can Gibert would have the senior part. This has been the case so far, with a close relationship between the two clubs, who even share a football pitch. A stage that filled to the brim on Saturday. At stake was a promotion. “I lived it with a lot of nerves. Until four days ago it was a dream and now it is no longer, because it has come true. We got here to stay and we will try. We are a one hundred percent amateur team and what comes to us now is a real challenge “, explains the president. Good rapport with Santa Eugènia, collaboration with the University of Girona and also an agreement with Peralada. The relationships of a Can Gibert that does not pay its footballers, unlike most clubs in Segona Catalana, a category where it has competed so far.

The leap is already a fact. What comes next are big words. “It simply came to our notice then. If we go down, nothing will happen. But we will not make it easy. It will be a dream to face Figueres or Palamós, and a real nightmare for them. Because they should be higher, for history, and because it will be their turn to come to our field to try to win us. Reinoso also explains that the leap in category will not upset the club’s philosophy. Ni no revolution is expected either. “I will not change the squad that has been struggling to rise to another with people who will take advantage of this situation to come and compete with us.”

However, the continuity of the coach, Gerard Lettuce, it is taken for granted. A coach who arrived a bunch of years ago, first to play as a player and get promoted to Segona Catalana in 2012. And for four seasons, to take the helm of the locker room and, next to Pablo Gutiérrez , lead the team. “We have achieved a historic milestone and I am very proud of the work we have done. Everyone in this club leaves their skin and the bond is already personal. We have players with a lot of talent and commitment “, says Lechuga, who is still” assimilating “everything that is happening to him.

“We are a neighborhood team that wants to encourage the spirit of sport in younger people. Since I have been here, a model of proximity has been implemented and this is giving us results “, he adds. Moreover, Can Gibert is proclaimed, and without hairs on its tongue, the second reference club in the city of Girona. Above, there is only Montilivi. “We are very proud to be so and we will defend this title modestly,” added Reinoso. To keep it, Lettuce proposes a recipe. Not only will there be “a lot of excitement” that is already there. But everyone will give “a lot of war” to face what is considered a real “challenge.” “We have to prepare in every way. In terms of structure, economy and also in terms of sports. We are confident in the thickness of the squad but if we can strengthen ourselves we will do it to face this new stage with guarantees ». It is said.