The 3×3 Poitiers basketball festival passes the ball culture u 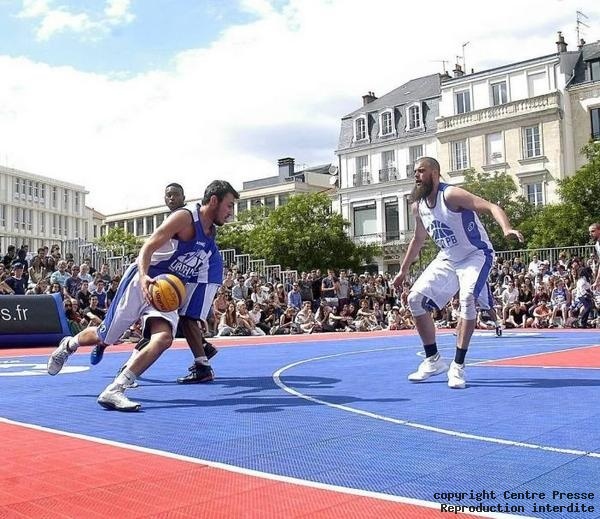 For its twelfth edition, the Poitiers 3×3 basketball festival plays it collectively and opens a cultural program. The urban will be the honor, from June 24th to July 3rd.

Twelve years ago, a group of friends accustomed to the Jardin des Plantes playground came up with the idea of ​​organizing an event around 3×3 basketball. The group realizes its ambition and continues the adventure over the years. In 2022, the 3×3 Poitiers basketball festival has become a benchmark in the field, made up of world-class tournaments. However, the event has retained a strong foothold in Poitevin territory. Sylvain Maynier, the 3×3 Poitiers basketball man, illustrates: When we needed a naming (1) for the women’s competition, we chose Stylatoi, a company from Biard. The international federation is more accustomed to having brands like Samsung…

In order to continue this local dynamic, the organizers of the basketball tournament worked together with local authorities to offer cultural programming in parallel with sporting events. It’s also a good way to differentiate the 3×3 Poitiers from other similar events. Here too, we are pioneerssays Sylvain Maynier.

And to ensure the success of this premiere, the programming concocted over the twelve days is intended to be eclectic. The mix of genres, of actors, is unifying, observes Maxime Pedeboscq, elected delegate for sports Poitiers and Grand Poitiers. Sylvain Maynier triggers: This festival belongs to everyone and especially to local associations.
Thus, at the opening of the festival, Friday June 24 from 5 p.m., a chase tag competition will be organized by the new Poitevine association specializing in the discipline (read below). The event will offer unprecedented entertainment on Place Leclerc. And for good reason, the chase tag is spectacular. This acrobatic version of the children’s cat game pits two athletes against each other in a structure with obstacles. The goal is to hit your opponent within a given time.
The dance will have its place during the festivities with several appointments. The first will take place on Monday 27 at 6 p.m. Three associations will propose to discover their worlds: salsa with Yepa danse, zumba with Amandine and urban dance with Tanya. Five days later, on Saturday July 2, breakdance battles will take place on Place Leclerc throughout the afternoon. Here too, teams made up of three athletes will compete.
The orKs of Grand Poitiers, e-sport specialists in the area, will also have their part to play. They will offer a Just dance glove, Thursday, June 30, 6 p.m. It will be a question of working out while dancing to the rhythm of the famous video game.