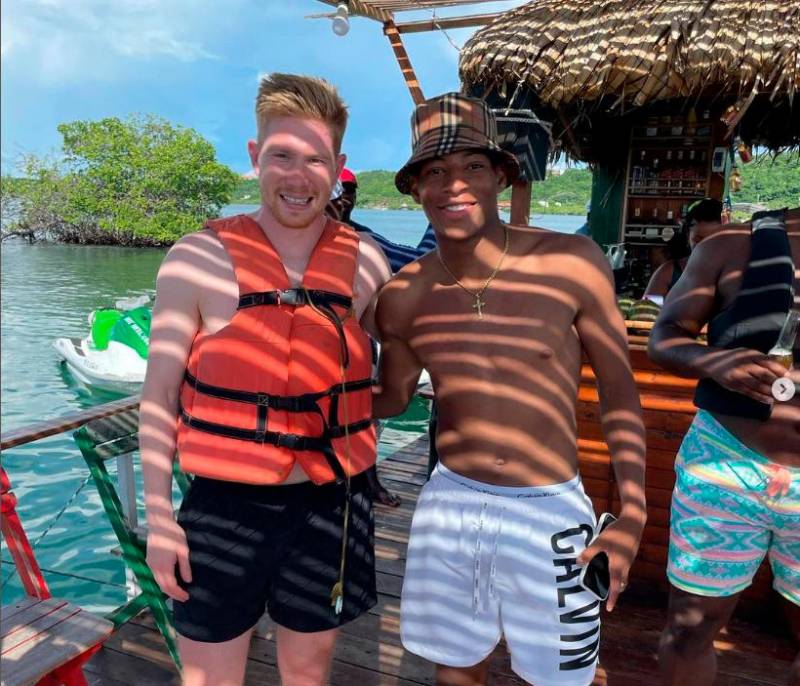 Cartagena continues to host great stars of world football. Recently, Iker Casillas and Carles Puyol, two World Champions with Spain, walked through the city and made the magic of the Bolivarian capital known to their followers on social networks.

Now it is Belgian Kevin De Bruyne’s turn, a Manchester City star directed by Pep Guardiola, who spends his holidays in the walled city.

The creative midfielder was seen this festive Monday, June 20, on the island of Cholón, where he met the Ecuadorian Gonzalo Plata, a player for Valladolid in Spain.

Plata shared some photos with De Bruyne on his Instagram account, in which the Premier League star is seen wearing a life jacket.

At the moment, Kevin De Bruyne has only shared a publication in which he is seen enjoying a sunset in front of the sea, which, due to the publication of Plata, is now known to be a Cartagena beach.