Shakira and Piqué: more data on the new conquest of the footballer – International Soccer – Sports 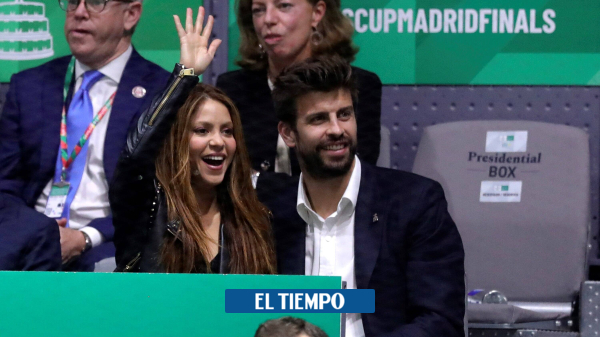 Two weeks after the announcement of the separation of the Colombian singer Shakira and the Spanish soccer player Gerard Piqué, new details of the reasons for it continue to appear.

The infidelity of the FC Barcelona player was the main cause of the breakup of a relationship that lasted 12 years. For Piqué, what has happened in recent weeks has affected his career, to the point that coach Xavi Hernández announced that he would not have him next season.

What is known about Piqué’s new conquest?

Who is the person with whom Piqué would have been unfaithful to Shakira? This weekend, the soccer player was in Stockholm, in activities related to his personal business, but he took the opportunity to party in that city.

(Also: Revolcón in the South American qualifiers: this would be the new format)

In the Swedish capital, Piqué was seen in the company of a blonde woman, whose identity was not revealed to him and who would be the same person with whom the defender would have been unfaithful to his wife.

The Mamarazzis podcast, from El Periódico, revealed some details of who could be the woman who now accompanies Piqué and with whom he would be starting a much more serious relationship.

According to that source, the woman has initials CC, would be just over 20 years old and worked in one of the clubs that the player usually frequents. She would have already resigned from that job and it is not currently known what her new job would be, although it is said that the woman is studying.

A Swedish presenter had an incident with Piqué

CC would have accompanied Piqué on his trip to Stockholm and there, Katrin Zytomierska, a Swedish television presenter and blogger, released an image of them, although the woman’s face is not well seen.

(In other news: Lionel Messi: the impressive yacht where he spends vacations with his family)

Zytomierska posted the image on her social media, which she later set to private. And she described what happened as a bad experience, because she assured that the player mistreated her.

“Listen to me loser @3gerardpique. Surely many girls at this party would want to be with you. I saw you and immediately thought of my son. Who are you?” Zytomierska wrote next to the photo.