Serena Williams forced to retire from doubles at Eastbourne 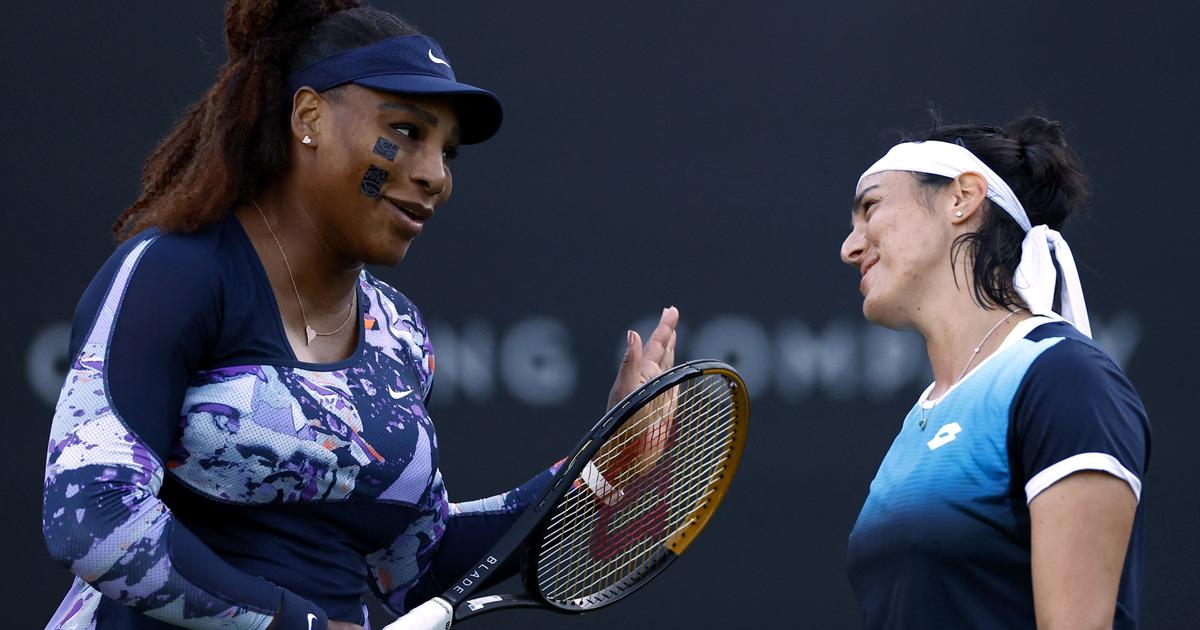 With her doubles partner Ons Jabeur injured, Serena was forced to retire.

Serena Williams’ doubles comeback at Eastbourne’s grass-court tournament ended prematurely after partner Ons Jabeur suffered a knee injury which forced them out ahead of their semi-final. “Jabeur/Williams withdrew from their semi-final due to Ons Jabeur’s right knee injury“wrote the English tennis federation on its Twitter account. The American-Tunisian pair were to face Polish Magda Linette and Serbian Aleksandra Krunic for a place in the final.

During the first round on Tuesday, the Tunisian had slipped on a support, her legs giving way under her and, during the quarter-final disputed on Wednesday, she had repeatedly held her right knee by turning it, obviously embarrassed. Engaged in this tournament to prepare to play Wimbledon, which she won seven times, Williams had crossed, at 40 and after a blank year, the first two rounds with the world N.3 in singles. At Wimbledon, Williams will line up in singles thanks to a wild card awarded by the organizers. “I feel good. I feel as good as can be after going so long without playing“, she commented on Wednesday evening after her match.