Saint-Etienne-de-Tulmont. Back to the badminton general assembly 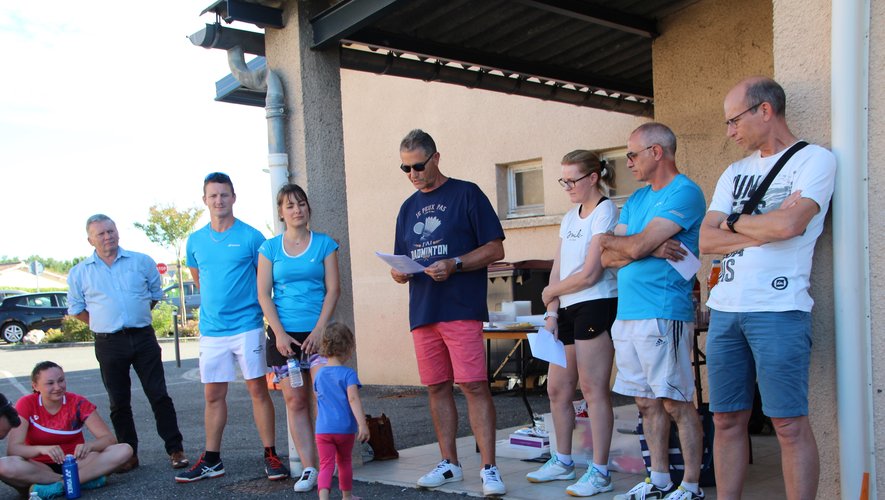 The general assembly of the Volant stéphanois, whose president is Joël Lahoreau, was held this year, in search of freshness, outside the gymnasium, in the presence of the mayor Éric Massip. Like many associations, the Volant stéphanois Badminton has suffered, over the past two years, an erosion of the number of its members. Without going back to the pre-Covid-19 workforce, it went from 47 to 56 licensees, including an approximately balanced number of adults and children of both sexes. In his activity report, vice-president Éric Gelin, also president of the departmental committee, indicated that badminton had been able to resume under conditions close to normal for this 2021-22 season without having to undergo the prohibition of the indoor practice, as in the previous year.

The recruitment of a very promising new coach did not ultimately yield the expected results and all activities were affected; his collaboration with the club was therefore not renewed. The search for a new coach is still ongoing.

Several events took place during this last season: in November, the adult-child training day with a meal break taken together. In March, the sports morning and its brunch; Also in March, the pizza-badminton evening was a resounding success. In terms of sport, the club organized the first stage of the youth departmental circuit (CDJ) on November 20, 2021, with, for the Stéphanois, good overall results and places on the podiums. On this same youth circuit, the conquest of awards continued in Montauban, Verdun-sur-Garonne and Caussade.

In the provisional chapter, in addition to the competitions and tournaments on the agenda, the Volant stéphanois will be present at the festival of associations, on September 11th.

Éric Massip recalled his support for sports associations that energize village life. He congratulated and encouraged the team involved in the departmental interclub team championship, the final of which will be played very soon (the Stéphanois were finally defeated against Montauban after a final and memorable game to decide between the teams in perfect equality). The 2022-23 season looks promising.