Sadio Mané: “I found myself in Bayern’s plan more than anyone else” 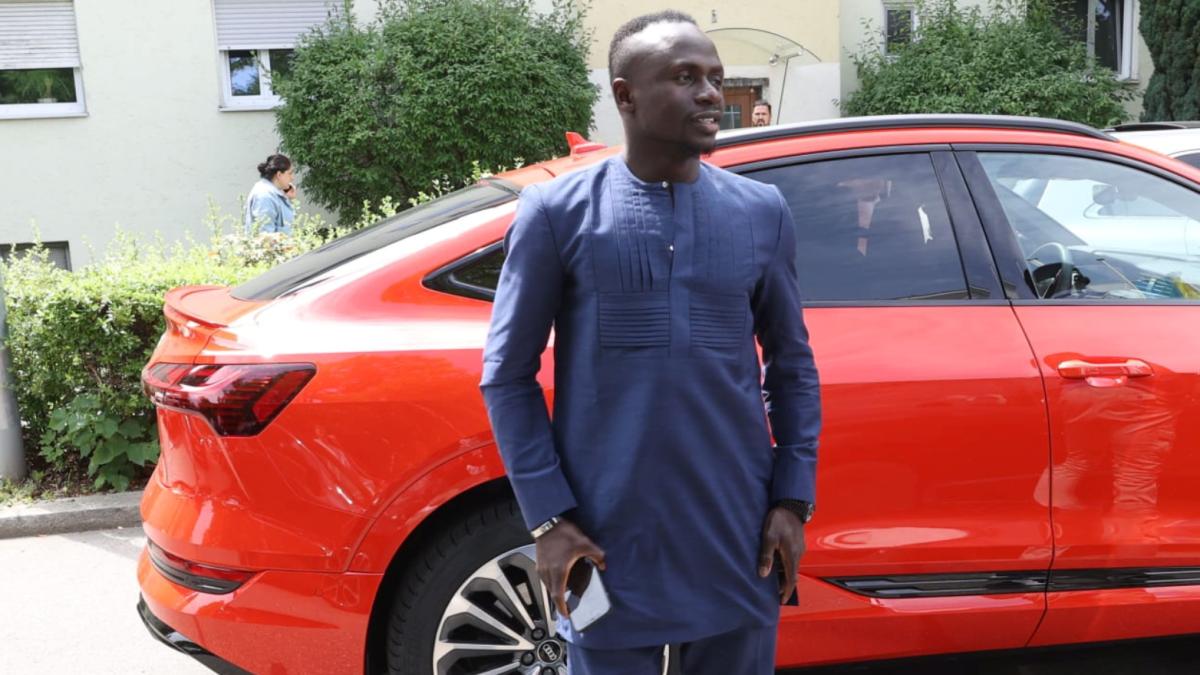 “I found myself in Bayern’s plan more than anyone else,” explains Mané

Sadio Mané has arrived at FC Bayern and creates a spirit of optimism in the record champions. The superstar formulates high goals as soon as he arrives. Sports director Salihamidzic meanwhile comments on the situation of Lewandowski and Gnabry.

KSince Sadio Mané is in Munich, the new FC Bayern star is already formulating ambitious goals. The striker wants to reach the Champions League final with Bayern Munich. The fact that he is moving to the German record champions is mainly due to the appreciation shown to him.

“Every kid wants to win the Champions League, every footballer in the world. I’m on a very, very competitive team now. But it’s still a bit early to talk about the Champions League final, we haven’t even played a game together yet. But we will do everything we can to get into the final,” said the Senegalese in an interview with “Bild”.

The 30-year-old Mané completed his medical check-up with Munich on Tuesday and is expected to sign a three-year contract with Bayern. The change has not yet been officially announced. “My life has always been a challenge. When my advisor first told me about Bayern Munich’s interest, I was hooked. I saw myself there right away. For me it was the right club at the right time. It’s one of the biggest clubs in the world and the team is always fighting for all the titles,” Mané explained his choice.

The change of the offensive player from Liverpool FC to FC Bayern has been considered practically perfect since the end of last week. Both clubs had agreed on a transfer. Mané’s contract at Liverpool would have expired in 2023. Bayern should pay a base fee of 32 million euros for him. According to reports, this can increase to up to 41 million through certain additional payments. “I found myself in Bayern’s plan more than anyone else,” said Mané.

Lewandwowski should stay in Munich

On the fringes of Mané’s first appearance in Munich, Hasan Salihamidzic commented on further changes in the squad. The sports director continues to keep the door closed for world footballer Robert Lewandowski, who is willing to emigrate, even after Mané’s transfer. “Our position on this matter is clear: Robert has a contract until the summer of 2023,” said the 45-year-old from “Sport Bild”.

A possibly significantly higher offer from FC Barcelona, ​​to which the Polish international would like to switch during this transfer period, will not change anything. “I don’t deal with that,” said Salihamidzic. “I expect that we will see Robert training on July 12th on Säbener Straße.”

Mané’s commitment should also have no effect on the future of national player Serge Gnabry. “The Mané transfer has nothing to do with Serge Gnabry. We definitely want to deepen the talks with Serge again to see if he’s ready to extend this transfer window,” said Salihamidzic.

In the case of the 26-year-old offensive player, who has direct competition from Liverpool striker Mané, Salihamidzic formulates the position of FC Bayern Munich differently. “We really don’t want to go into the last year of his contract without hearing from him that he wants to stay,” said the board.

You don’t want to build up any pressure. “One thing is clear, however: From the club’s point of view, it would only be fair if a player did not want to extend it, that we talk about how we can solve this situation satisfactorily for everyone involved.”