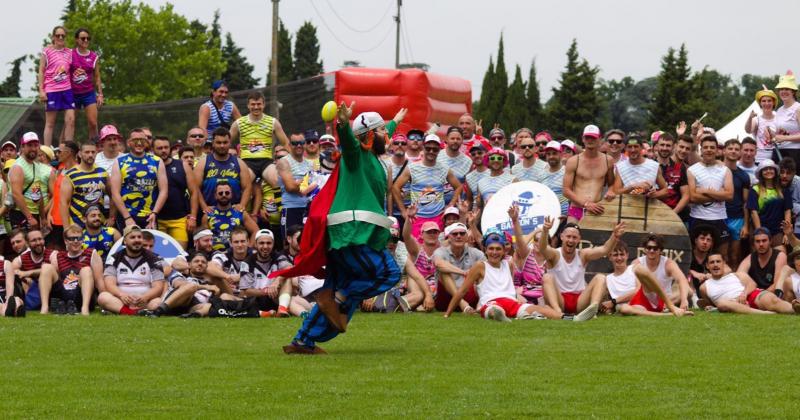 In -390 BC. BC, the warrior Brennus, brought back to Gaul a shield recovered during the sack of Rome. This shield will later serve as a trophy for the French rugby championship. This weekend, the Gauls of No Limit came to invade Launaguet (North of Toulouse), to try to recover the Shield of Rugby No Limit put back into play for the occasion. A weekend to win the Tournament and surpass events such as ax throwing, shield racing, lingian-tiles, belly-archery or even menhir throwing. Our brave Gauls, all more mustachioed than each other, made this sixth edition of the Rugbynistry Tournament an unforgettable moment. Long live 2023.

Despite the heat of Saturday, the freshness of Sunday morning, the fatigue of the trials and the euphoria of the evenings of Friday and Saturday, NEVER, oh never, the warriors from all over Gaul showed the slightest sign of weakness. . Did they even turn a blind eye to the stay? Not sure. Each team showed resilience, whether at the counter or on the rugby pitches. And it is only natural that we present to you the highlights of the 2022 edition.

No Limit Rugby teams had to come with their own shield. The latter turned out to be as crazy as their owners. Shield in the shape of a capsule, shield with cup container, shield with inflatable doll… crazy we tell you.

In addition to wearing it, each team moved its shield for each meeting of the Tournament, in order to affirm its tribe against the one opposite. The teams played the game of the theme chosen by the organizers like every year.

The sky fell on their heads

Stronger than the elements such as heat, rain, cold, the Gauls resisted the sky that fell on their heads. Saturday evening, during the concerts of Molly McCharrel and Nedergöth, the warriors wet from head to helmet hurried to finish their beer so as not to dilute it with rain. It is quite naturally that the atmosphere reached its climax. Between the children (who were sober, we can assure you) who invaded the stage to sing at the microphone, the great classics of third half-time songs sung at the top of their voices, and of course the fancy dress party, the participants of No Limit have ensured the atmosphere all day! Moreover, the disguises: Romans, genitals (understand with the theme “La Gaule”), beer packs, etc., the imagination of the players blew us away. They are really crazy these Gauls.

The Gauls were also remarkably original in coming up with team names. “Fidj’Rien”. “Gaul’Blacks”, “Go Gaules”, “Les Gauloises sans filters”. It is the latter who won the honorary title of the most original team name. 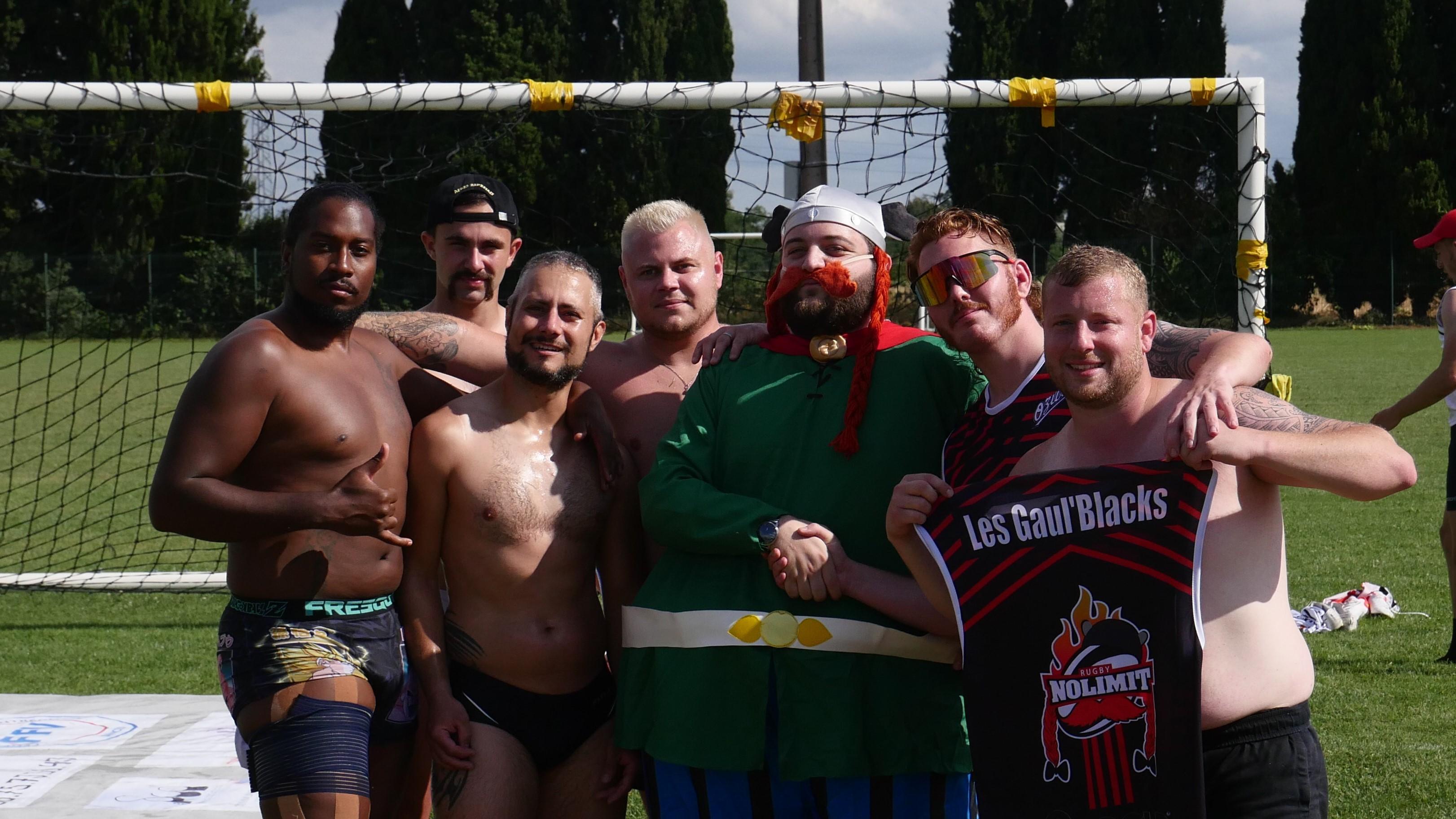 They had still come for that at the base (well normally): to compete in rugby. It was the “Burgundian Barbarians” who finished first by winning the final against the Berlots 4 to 1. A victory that suffered from no challenge. The Berlots are the first to have reached this stage of the competition as a mixed team! A remarkable first for this No Limit 2022.

Finally, what affected the organization of the event the most: the reaction of the players. A Marseillais who came on purpose to join his friends from Poitiers, told me during the line for the lunchtime burger that he did not expect such a level of organization. The captain of the Fidj’Riens, also admitted to me to be remarkably surprised by the event. They will be back next year. A local on Saturday evening, while the party was in full swing, also threw this philosophical sentence at me: “They say that the Gauls are crazy, but at No Limit we are even crazier“. Games, entertainment, rugby, friends. The Rugby No Limit is already setting a date for next year and eagerly awaits the participants of this year’s edition.