Rahm out of options in Fitzpatrick win 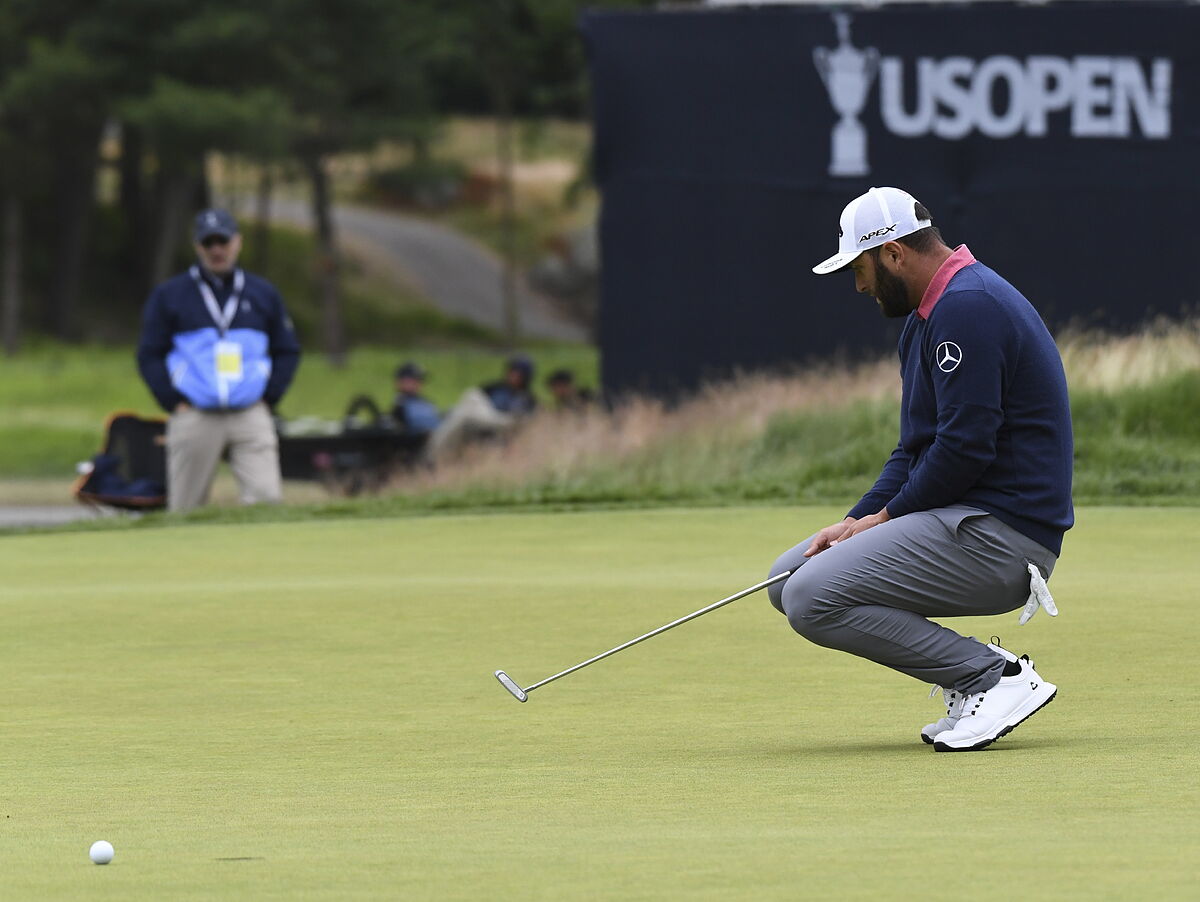 The day dawned cold in Boston, as a metaphor of what the game was going to be and the spirits of the Spanish

It was one of those Sundays with which John Rahm dreams, those who really motivate him, why he became a golfer and remains faithful to the PGA Tour. The one from Barrika feeds on this glory and appeared concentrated at the Brookline Country Club a little over two hours before his departure. ‘Rahmbo’ firmly went down the stairs to the practice field with a look of intensity activated just like one of his airpods that disconnects him from reality by putting a soundtrack to the warm-up. “Jon, I come from Spain, you can sign me,” a young man yells at him from the other side of the fence. “At the end of the lap,” answers Rahm, who for years has been in the habit of only signing after each round, be it training or championship day.

The day dawned cold in Boston, like a metaphor of what was going to be the game and the spirits of the Spanish. He endured the first four holes with reasonable play, but perhaps the key to the defending champion’s spin came on hole 5, a short par four where players shoot directly onto the green. Rahm’s drive went slightly to the left, his ball was acceptable to make the first great birdie option, but he missed the approach, going over the entire green and the mess ended in bogey. History repeated itself on the 8th hole, par five. Another clear birdie option where Jon bogeyed despite a good drive to the fairway. Bad wood three ended up in the rough on the right and again the mismatch around the green. Here ended the Us Open for Jon Rahm. The only birdie, will arrive on the 11th hole, too late, a brief joy. In 12 he stumbled again. A Sunday without swing or heart, he failed where he usually performs best, in decisive moments, but in this case, Rahm had to settle for being a privileged spectator of the apothetical end of the third major of the year. “The truth is that it hurts, because of how well I’ve played all week, today things have not gone from the beginning, I haven’t been comfortable anywhere in the game, 53 holes very good, the next nineteen, +6, that’s the thing.” house in Phoenix, “we have to deal with the 50 degrees that it will be there now”, he said goodbye.

Started number 1 in the world Scotty Scheffler with four birdies in six holes, the Texan reached -6, a mirage, the course, although it was played in more affordable conditions than the third day, was not going to be up for too many concessions. In the 10 and 11, the stumbles of the number one opened the tournament even more. Matt Fitzpatrick y Will ZalatorisThey shared fears of inexperience since the main game, neither of them had won on the PGA Tour. the trident of Scheffler, Fitzpatrick and Zalatoris dignified golf and delivered a grand finale, with constant alternations, drama, and strokes of genius. The Englishman who carries Billy Foster in the bag, an experienced caddy who was with Seve Ballesteros, was the most consistent in the 18 holes. At the 13th hole, a birdie from 14 meters made him reach the lead and another more than six meters at the 15th put him one stroke ahead. He went out to the last hole with that income and his drive to the bunker tensed the outcome, Zalatoris took advantage of the circumstance to leave himself a birdie opportunity that would have forced a tiebreaker, but the putt did not go in and Zalatoris would have to settle for a new second place, accumulates three in majors and a total of 6 top-tens in nine participations. Amazing, although I don’t know if it’s even more surprising, that he still hasn’t managed to win even a PGA Tour tournament. Fitzpatrick put the ball on the green from the sand and certified his first triumph in the United States in a big way, also becoming the first non-American and second player in history (after Jack Nicklaus) to win the Us Amateus and Us Open at the same venue. Fitzpatrick also kept the traditions and nine years later he has stayed at the Fultons’ house, exactly the same one where he spent the night in that great triumph when he was an amateur.

Looking at the Open Chapionship

The next big date will be in less than a month, The Open Championship en St. Andrews. “There is no better tournament that I can win than the British Open in Saint Andrews,” said Rahm with renewed hope after Sunday’s fiasco. Until this last chapter arrives, golf will continue to pay attention to LIV. In a few hours, the announcement of new additions is expected, among which could be the Mexican Abraham Ancer and some other player from the top-15 of the world ranking, the positions are increasingly tense. And what we have left.