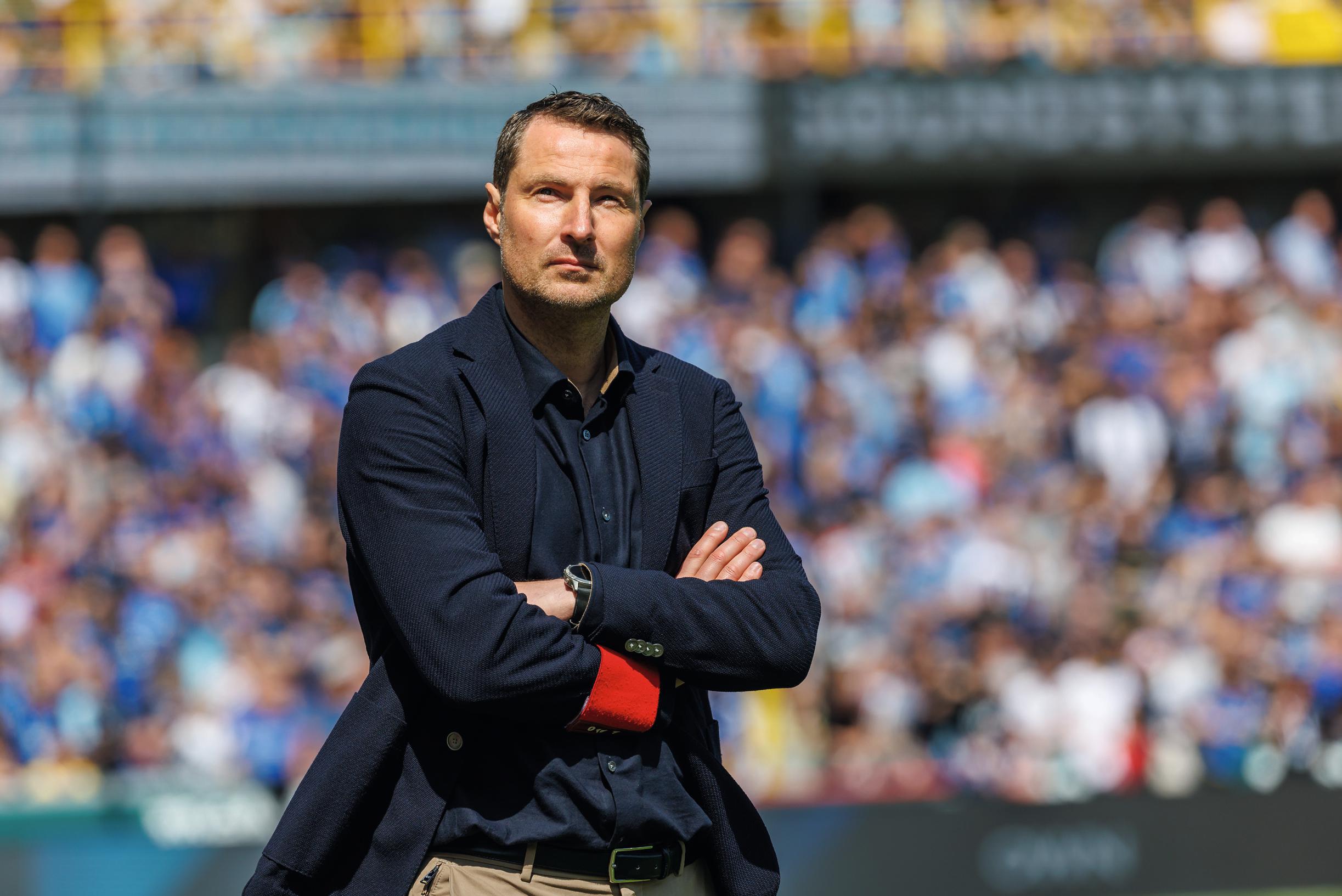 While Antwerp introduced its new trainer yesterday, the dismissal of the previous one has not yet been fully settled. Brian Priske, who was fired at the end of May, is taking his ex-club to court because he has not yet received his monthly salary for May and his severance pay. In total, he demands just over 500,000 euros from the Great Old.

Unofficially, Brian Priske already knew a few days before that the final match of the Champion’s Play-offs, against Union (0-1), would be his last as a trainer of Antwerp. It was not until Monday 23 May that the announced dismissal was confirmed. “R. Antwerp FC has decided today to no longer continue with Brian Priske (45) as head coach,” the Great Old reported on its website.

Less than a month later, that dismissal has not yet been fully settled. Priske, for example, was not allowed to receive his severance payment, despite several prompts. His match premium for the match against Union, his holiday pay and his wages for the month of May have not yet been paid. In recent weeks, the entourage of the Dane tried to reach a settlement with Antwerp – Priske would like to drop a large part of his severance pay, because he quickly found a new employer – but an agreement has not yet been reached.

Even more: Antwerp demanded a transfer fee from Sparta Prague, Priske’s new club, for his (ex) trainer. Around the Great Old, people are questioning the fact that the Dane had so quickly – Priske was introduced in Prague on May 31 – got hold of a new club. According to Antwerp, this happened even before his dismissal was recorded on paper. In the entourage of the Dane, they point to the repeated attempts at dialogue and the fact that the official and unofficial communication of the club had already shown that Antwerp would fire Priske.

The Priske clan, who is assisted by the law firm Van Landuyt & Partners, has had enough. The Dane is taking his ex-employer to court. In total, he demands just over 500,000 euros from Antwerp.

“This is an unfortunate end to my time at Antwerp,” Priske said in a statement. “I would like to underline that I have enjoyed my time at the club. It’s a great team, with great fans. I therefore hope that we can resolve this quickly, so that both parties can move forward.”

No one at Antwerp wished to comment on the case yesterday. (ybw)