Pirané and Formosa winners of the under 17 basketball 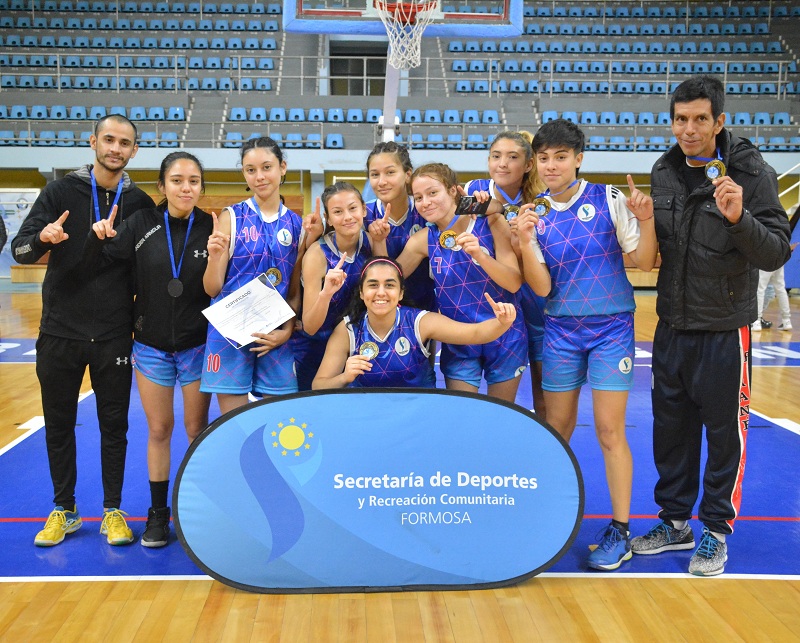 The women’s team of Toritos de Pirané and the men’s team of Estudiantes de Formosa were the champions of the Under 17 Basketball Provincials of the Formoseño Youth Games.

The matches that defined the championship title in each branch were played on Wednesday morning at the Cinquantenario Sports Center with a final full of suspense among the girls while in the boys there was a clearer distance between the finalists.

Reviewing what each of the tournaments was, in women they played the first round in two zones: A: Pirané and Ingeniero Juárez. B: Pozo del Tigre, Sarmiento de Formosa and Tacaaglé Mission.

The two best teams from each group advanced to the semifinals where Ingeniero Juárez continued adding wins – he had two on top – by beating Tacaaglé 40-10. Meanwhile, Pirané beat Pozo del Tigre 27-21 in what meant the first win in the tournament since in his area he had to play twice with Juárez, falling in both games. The third was going to be the charm for Pirané who ran into Juárez again in the final. And now it was a victory for Pirané by a tight 29 to 28 in a closing game with many emotions. It is that Toritos won by 6 points but could not move their figures from 29 and Juárez came on top. He was discounting, he got to one, and he even had a last possession where he managed to take a shot to win but they couldn’t take advantage of it. Thus, the championship was for the girls from Toritos de Pirané who had these players: Anabela Baroffi, Carla Barrios, Nadia Benítez, Paloma Cabas, Giuliana Pintos, Tatiana Velozo, Andrea Cabrera, Melani Chaparro and Belén Cabrera.

In the Men’s Provincial there were three zones: A: Fontana, Belgrano and Laguna Yema. B: School Villa and Juárez Engineer. C: Students from Formosa, Pirané and Tacaaglé.

The three group winners and the best second advanced to the semifinals. Fontana beat Belgrano 64-13 and qualified for the title game. Estudiantes de Formosa defeated Villa Escolar 82-38 and was the other finalist. In the definition, Formosa beat Fontana 61-42, managing to take off the numbers as the minutes went by after a balanced first quarter.