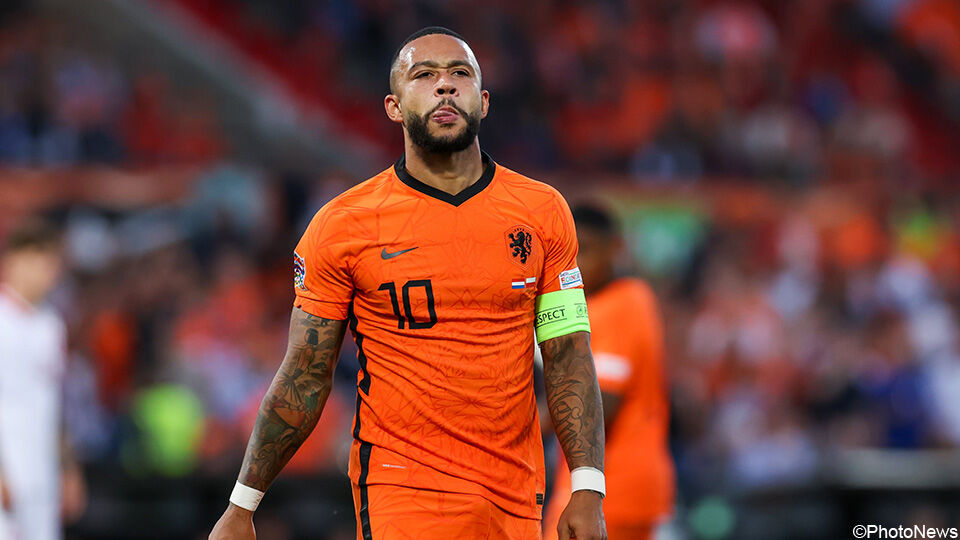 After six out of six in the Nations League, the Netherlands started the duel with Poland full of confidence in De Kuip in Rotterdam. Compared to the match against the Red Devils more than a week ago, Fleks was in goal instead of Cillessen and Van Dijk was given rest. De Vrij got his chance.

Lewandowski was not among the Poles. He also gets rest, but would play against the Red Devils next Tuesday.

Despite the growing confidence, Louis van Gaal’s players did not go well against the Poles and that resulted in a deficit after 18 minutes. Matty Cash scored his first goal for Poland with a crossed shot across the ground: 0-1.

National coach Louis van Gaal’s speech did not suddenly make the game much better after a break, but it was still a spectacle. That spectacle started with a second goal for Poland.

The whole of the Netherlands thought Frankowski was offside, but that was just not the case. For example, he could only easily lay wide for the goalkeeper for the Zielinksi who followed, who scored.

The double disadvantage was the incentive that the Netherlands needed. 135 seconds after the 0-2, Davy Klaassen made the 1-2 on Blind’s cross. The midfielder of Ajax ran the cross well into goal. And the Poles didn’t even have time to worry.

139 seconds after the 1-2 it was 2-2. Dumfries scored. The VAR still had to investigate whether Bergwijn was not offside for this, but just like with Poland’s 0-2, that was just not the case.

The complete turnaround even seemed to be coming. The Netherlands were awarded a penalty in the 90th minute for handball from a Polish defender. Depay did what he often does. Taking the penalty with a lot of risk. That went wrong. The post prevented the 3-2. Orange misses two points.