Oscar Otte is in the quarterfinals in Halle 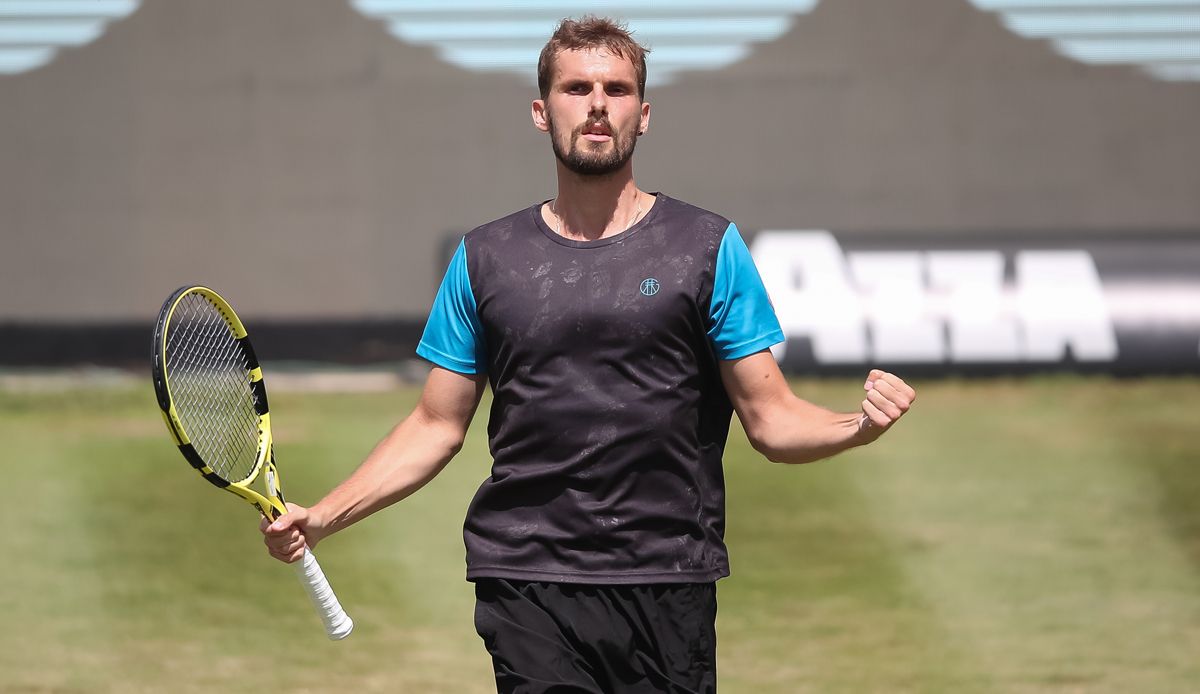 Tennis pro Oscar Otte is in the quarterfinals of the lawn tournament in Halle/Westphalia. The Cologne native defeated the Georgian Nikolos Bassilashvili on Thursday after an increase in performance 4: 6, 6: 0, 7: 6 (7: 2). In the round of the last eight, Otte meets the Russian Karen Chatschanov.

In the world rankings that will be published on Monday, Otte is at least 41st place and thus higher than ever. He is currently in 51st place, which he reached last week when he reached the semi-finals in Stuttgart.

Otte is the last German participant in the tournament. Daniel Altmaier (Kempen), Jan-Lennard Struff (Warstein) and Henri Squire (Duisburg) had previously failed. The two-time finalist Alexander Zverev (Hamburg) is injured in the preparatory tournament for Wimbledon (from June 27).

Daniil Medvedev is also in the quarterfinals. The world number one from Russia defeated the Belarusian Ilya Ivashka 7: 6 (7: 3), 6: 3. Medvedev now meets the Spaniard Roberto Bautista Agut (No. 7), who defeated Tallon Griekspoor from the Netherlands 6:7 (6:8), 6:4, 6:2.