One more feat of Bidasoa Irun 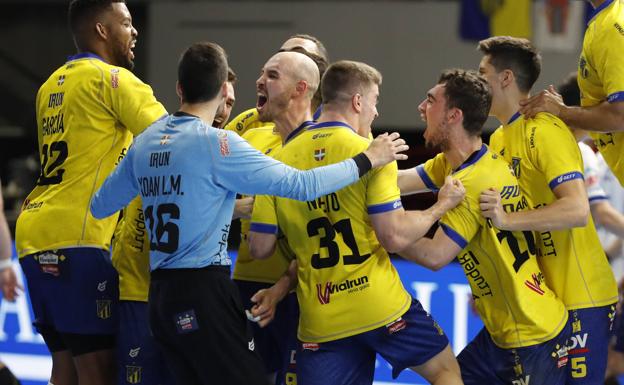 The Bidasoa Irun players celebrate their victory in a big way and go to the final of the Asobal Cup that is played in Zaragoza. / javier belver

With spectacular Cavero (14 goals) and Ledo (eleven saves), the Irundarras beat Granollers and this Sunday they will play the Asobal Cup final

You always have to believe in this Bidasoa Irun. What are the first lines Jon Azkue, Rodrigo Salinas and Víctor Rodríguez missing? Does not matter. What is presented in the Asobal Cup with five players from the subsidiary? Does matters. That he arrives just strong at the end of the season and faces a Granollers in great shape? Unimportant details.

In its fourth consecutive appearance in the Asobal Cup, the Irundarra team sneaked into the final for the third time. He was not in last year’s in Santander but he will play today in Zaragoza (6:00 p.m., LaLigaSportstv). Opposite, that Barça that carries the poster of unattainable but that this season has had problems in some league games. This was not the case against Logroño La Rioja in the second semifinal, which was scored 40-26 (21-11 at halftime). The prognosis in the final is Blaugrana (it would be his eleventh consecutive title), but let’s see who dares to bury this Bidasoa Irun.

That chocolate rivalry of the 80s and 90s between Elgorriaga Bidasoa and Cacaolat Granollers has returned to the scene in recent years and has left great clashes this season. The yellows had won both in the league but the Vallesan victory in the Cup was more effective to enter the semifinal and also the fight for second place in the league fell on the Catalan side. But the past did not count and Zaragoza’s scoreboard showed 0-0 at the start.

Nine of Cavero at rest

In the first ten minutes the advantages went to the Gipuzkoans (minimum and 3-1), until 7-6. Wingers Cavero (five) and Zabala (two) had scored all the Bidasotar goals up to that point, in which Granollers went 0-3 with two counterattacks and took the lead. Rangel was stopping a lot, unlike Sierra, who in the 19th minute gave his place to Ledo, who would end up being one of the highlights of the match. Because the Brazilian made sixteen stops, but the Galician’s eleven were in 41 minutes, which balances the merits of the goalkeepers.

If it weren’t for the 14-17, the first half only had minimal differences and two goals, in addition to ten draws. And almost evenly, the break was reached, 16-17, with nine goals from Cavero.

In the second half, Bidasoa Irun started off centering but was misguided and received a 0-3 run that put Granollers four up at 16-20. Cuétara requested time out and solved the mini-crisis. Like so many other times, with defense and goal. In the same play, Ledo saved four shots and, although it was necessary to wait until the seventh minute to see the first Bidasotar goal of the second half, many more came later.

Adrián Fernández pulled the cart at that moment, because he did not want this to be his last game with Bidasoa Irun. He scored three goals in a row to make it 19-20 and Cavero made it 20-20. The last two goals came in counterattacks after defensive recoveries and also the next two Catalan attacks ended the same, with the ball changing hands. Granollers went five minutes without scoring and only scored one goal in twelve minutes, the same ones in which Bidasoa Irun scored seven (four by Fernández). It was a spectacular turnaround, with a 7-1 run that made it 23-21 in the light, but there was a quarter of an hour left and the ticket to the final still had no owner.

The Vallesan team rejoined the game with draws at 23, 24 and 25, this one through a nice fly with eight minutes to go. After so much effort on both sides, the balance was maintained and it was possible to think that the clash would go to extra time, as was the one in the Copa del Rey quarterfinals. But not.

In just a minute and a half, two from Cavero and one from Fernández made it 28-25. And you couldn’t claim victory, but that gap was what ultimately gave Bidasoa Irun the win. With 30-28 Ledo stopped a key ball and, although Granollers defended the last minutes with two and even three advanced men, Bidasoa Irun played better in the final stretch of the match. With a minute to go Julen Aginagalde sentenced with 31-28 and in the last second it was 32-28 (maximum advantage), the fourteenth goal of Iñaki Cavero in fifteen shots. The winger was designated as the best player of the match.

The juvenile, in the other final

In addition to the first team, the Bidasoa youth team will also play this Sunday the final of the Asobal Mini Cup, a tournament that brings together the clubs represented in the main event (Logroño resigned) and five teams from Aragon. The team trained by ‘Viki’ De la Haza and Joseba Zabala will face Barça at 3:30 pm in the Príncipe Felipe pavilion.

“We were rotating and it was key to arrive fresher at the end.”

Jacobo Cuétara assured that the semifinal of the Asobal Cup against Granollers was “a very tough match for coaches, with a lot of strategy, with difficult problems posed by my teammate Rama”.

It was “a struggle from power to power” and he recalled that “this season there have been great games between these two teams and this one has also been spectacular.”

The Asturian pointed out that “during the game we rotated despite the risk of playing with a lot of young people. But they held up well and it was key to get fresher to the final stretch. 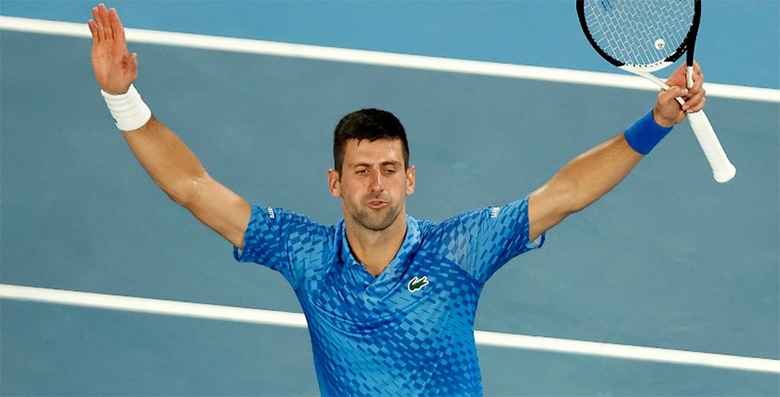 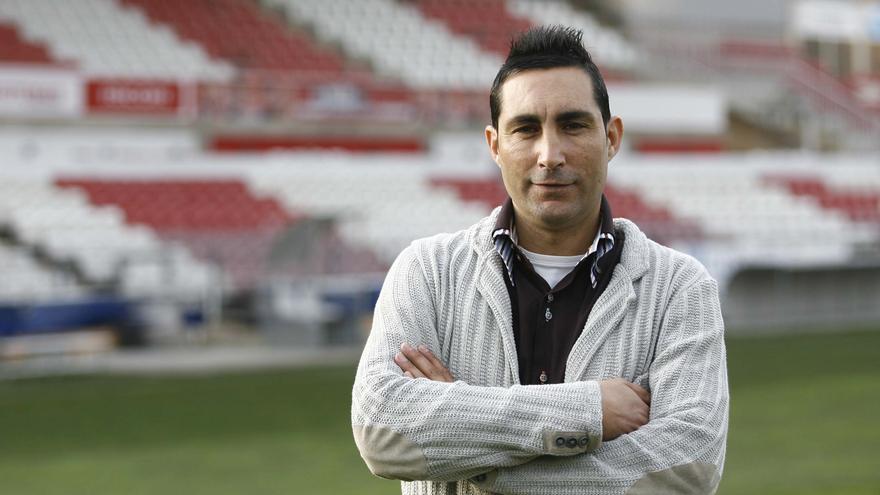