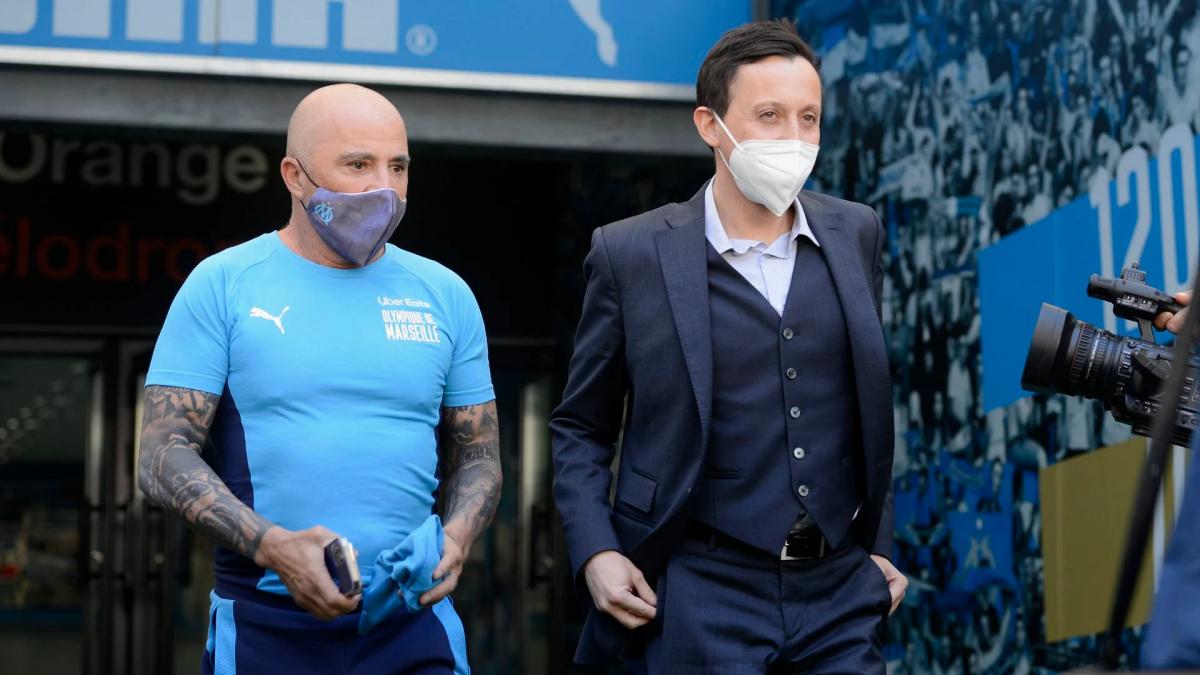 Olympique de Marseille is breathing. Yesterday, the DNCG decided not to take any action with regard to the Marseille team. Good news for the residents of the Orange Vélodrome who will now be able to accelerate on the transfer market. Enough to give a smile to Jorge Sampaoli who was starting to lose patience when he saw no recruits arriving this summer. This was also the subject of the recent meeting he had in Brazil with Pablo Longoria and Javier Ribalta, the new sporting director.

But the Argentinian can be reassured. Its leaders have decided to move up a gear, they who were only waiting for the green light from the French financial policeman. This Friday, Provence confirm the information of Sky Italia and indicates that the Longoria-Ribalta duo traveled to Milan to discuss Justin Kluivert with Tiago Pinto, the general manager of AS Roma. They also spoke with Rafaela Pimenta, the player’s lawyer and representative.

An element that Jorge Sampaoli absolutely wants, who counts on him to animate the corridors. Despite competition from Nice, OM are confident, especially since La Louve opened the door to the Dutchman’s departure. Always on the side of Roma, Sky Italia reveals that OM have taken the temperature for midfielder Gonzalo Villar. Concerning Riechedly Bazoer, the news is also good. Whereas Bild assured that the defender would join Borussia Mönchengladbach, Provence explains that an agreement has been reached with the player, who has been free since leaving Vitesse Arnhem. Javier Ribalta has maintained contact with Bazoer’s entourage and OM would now be on pole.

The Marseillais have not lost hope of repatriating William Saliba. Author of a good loan, the French must return to Arsenal. But the Olympians hope to make him stay. According to our information, they are even trying to recruit him permanently, while a new loan was the option considered at the base. But the amount that would have to be spent (€40 million) seems too high today. As a left-back, the Phocaeans want Nuno Tavares (Arsenal) according to our information. They recently traded with the Gunners. OM, which will also have to slim down (Strootman, Luis Henrique, Alvaro, Radonjic, Amavi), is on!