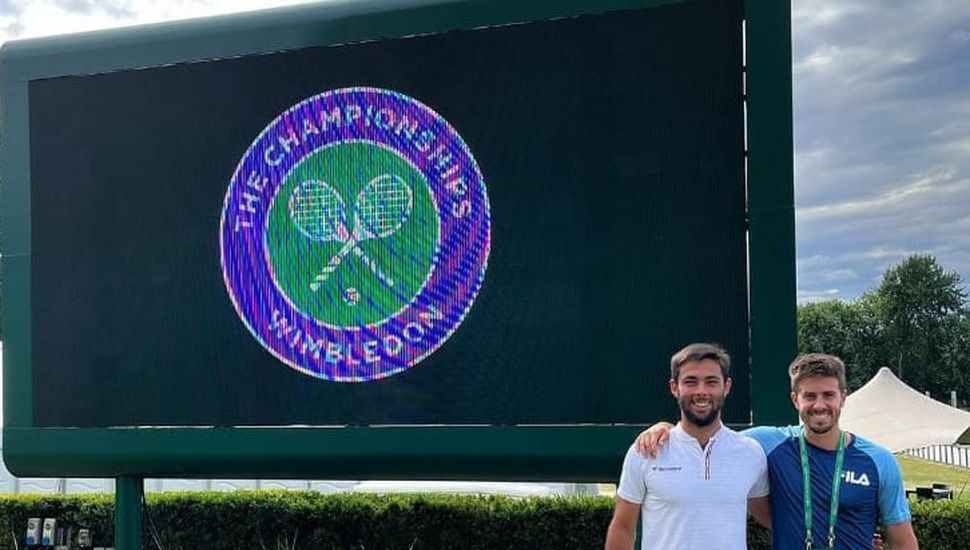 The tennis player from Braga Genaro Olivieri will debut this Monday in qualifying for the Wimbledon tournament, the third Grand Slam of the season, which takes place in London, England, on grass.

The 23-year-old athlete will face the Brazilian in the initial round Matheus Pucinelli De Almeida, 21 years old, and ranked 228th in the world ranking of the Association of Professional Tennis Players (ATP). As Democracia announced last May, Olivieri had planned to travel to a European tour of Challengers tournaments, with the expectation of entering the classification of the tournament that is played at the All England Tennis Club.

Finally, he achieved his goal and now he will have to win three matches to get into the main draw and become the first man from Braga to play a major in history. Located in position 222 in the international ranking, an even duel is expected in the previous one. The match is scheduled for 7 Argentine time. The main draw of Wimbledon, which this year will be affected by several casualties -mainly those of the Russian tennis players, who were prohibited from participating in the edition in a measure of repudiation of the invasion of Ukraine-, will begin on Monday 27 .