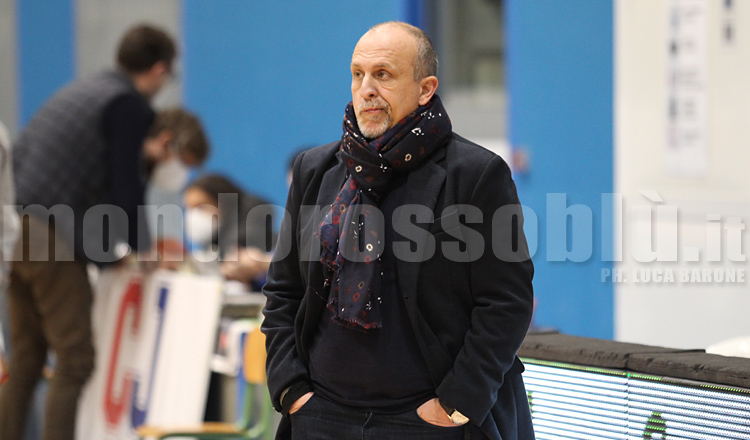 Il CJ Basket Taranto is pleased to announce that Davide Olive he will also sit on the rossoblu bench for the 2022/2023 season. A happy marriage that continues. The parties have met, as announced, in recent days, and have put pen to paper the extension of the relationship: a year with an option for the second thanks also to the mediation of the prosecutor Marcello Perazzetti.

The coach of the reconstruction and relaunch of basketball in Taranto will once again be head coach rossoblu, continuing that painstaking and satisfying work started in February 2019 when Olive took on a team in difficulty, last in the rankings in the C Silver series, bringing it to the playoffs. From there an escalation of results up to two years as a protagonist in Serie B. As pointed out by the same coach in one of the recent post-season interviews: “This club has brought Taranto permanently to basketball that counts, at high levels”. This is obviously also due to the technical staff he has led in recent seasons.

A confirmation at the bottom by the president Sergio Cosenza and by the vice president Roberto Conversano: “Next year will be a fundamental season from a thousand points of view, we are moving towards the reform of the championships and the Serie B in particular, our goal must be necessarily remain in what will be a Serie B of National Excellence and to do so we know that Davide will be the right person “.

DAVIDE OLIVE – THE CARD
Davide Olive, class of 74, began training at a very young age in his Mesagne, on the Fortitudo side, a company that mainly deals with the care of the youth sector. The results obtained together with his staff were flattering: 10 youth championships won between men and women with various participations in the interzonal phases. At the age of 24 he finished his training course becoming national coach and in 2000 he arrived at Basket Francavilla, a historic Apulian club where he remained for 15 years. With the youth teams he won 6 men’s titles, gaining access to the interzonal stages several times and participating in a national final.
From 2004 to 2007 he was the Fip Regional Manager for the Azzurrina Project. In the 2007/2008 season, with the first team, he won the Apulian regional championship and landed in C1. In 2009/2010 after two seasons he wins the championship and conquers a historic Serie B. For 5 championships in a row he leads the team to qualify for the playoffs for promotion to A2: twice he reaches the semifinals, exiting with Capo d’Orlando and Trapani . In 2016 he became head coach of Nuova Pallacanestro Nardò, winning Serie C at the first attempt and participating in the first historic Serie B championship. A few years ago he founded Fortitudo Basket Francavilla, a company that takes care of minibasketball and the youth sector, reaching important numbers and organization so as to be able to win several regional titles and last year to register an experimental of young people in the Serie C Gold championship with many cussini in double membership (Matteo Carone, Luca Cianci, Andrea Liace) hitting a historic salvation in the playout .
Since February 2019 he is the coach of CJ Basket Taranto who led from salvation to the playoffs in a few months. In his first full season he closed the Serie C championship in third place before the suspension and then cancellation due to the coronavirus emergency. So in 2020/21 the Serie B which marked a historic ride of the rossoblu association passed from the record of consecutive victories (12), to the historic qualification and participation in the first final eight of the national Italian Cup and the playoffs, as protagonists, for promotion in A2 series. The goal was repeated last season with a completely new group that closed the regular season in a crescendo, giving battleship Rimini a hard time in the first playoff round.