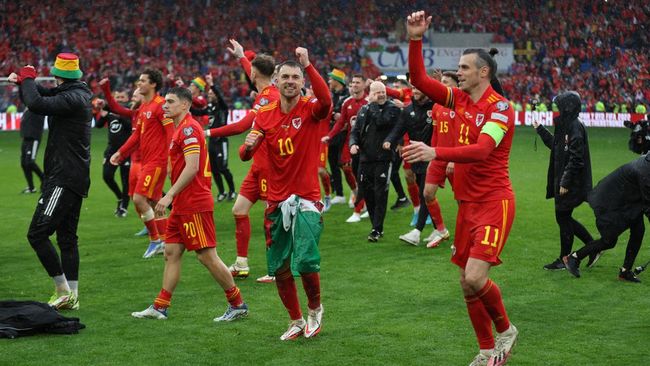 A total of 30 teams made sure to qualify for the finals 2022 World Cup, including the hosts Qatar. Wales will be the last team to appear at the World Cup in Qatar.

The 2022 World Cup will feature the best 32 national teams. So far, as many as 30 teams have won tickets to Qatar.

Wales became the latest team to qualify for the Qatar World Cup, while locking the last slot from the European zone.

Wales qualified thanks to an own goal Andriy Yarmolenko who failed to anticipate Gareth Bale’s free kick in the 34th minute at Cardiff Stadium, Sunday (5/6). A total of 13 teams from the Blue Continent qualify for the 2022 World Cup.

In addition to the 13 teams from Europe, the 30 teams that have qualified for the 2022 World Cup are made up of five Asian teams: Iran, Japan, Qatar, Saudi Arabia and South Korea.

From the South American zone (Conmebol), four teams will return to play in the World Cup: Argentina, Brazil, Ecuador and Uruguay.

Meanwhile, the Concacaf vs Oceania representative match will bring together Costa Rica vs New Zealand on June 14.