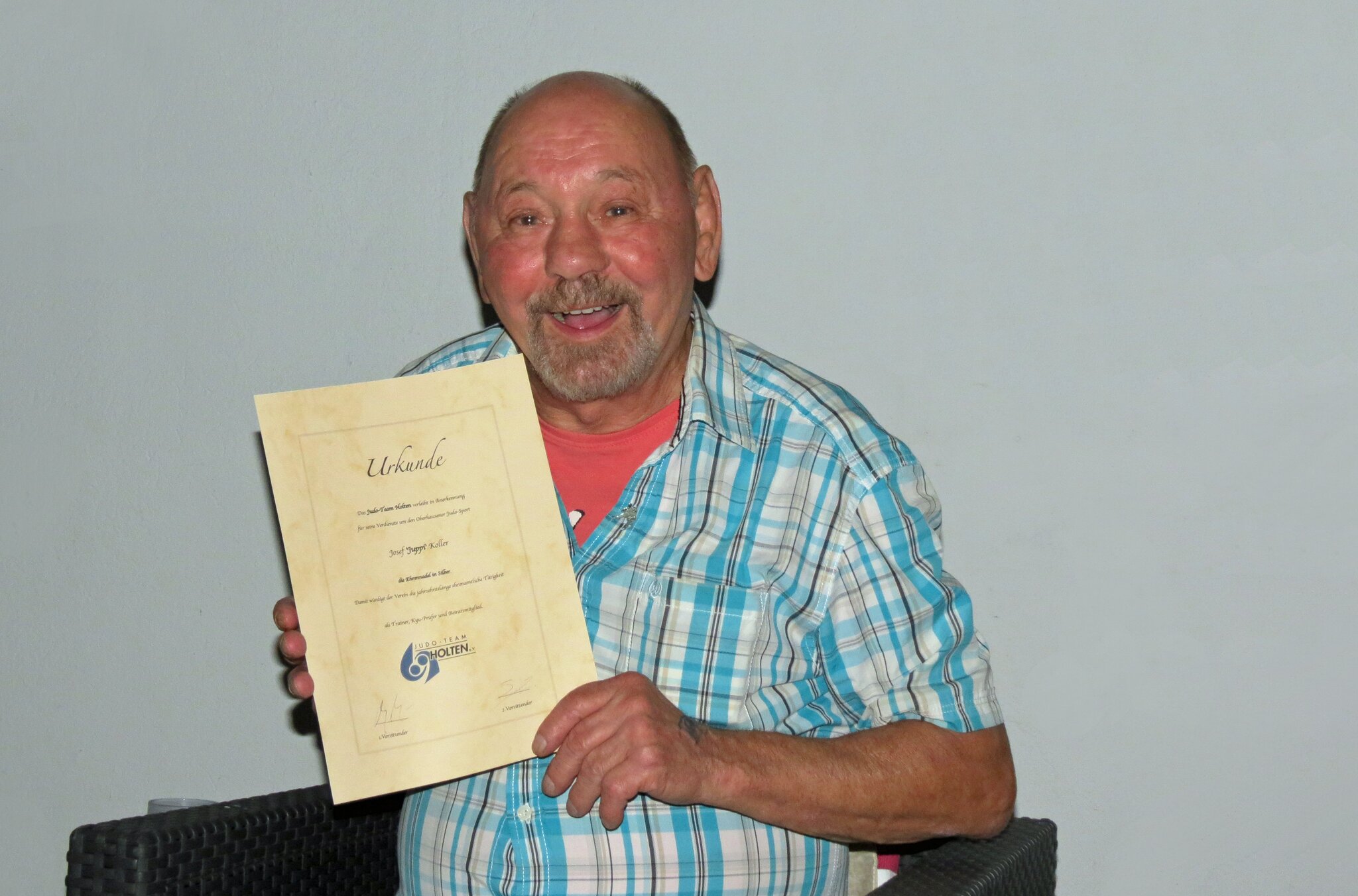 (JTH) June 19, 2022 – The judo team Holten mourns the loss of its long-time coach Josef “Juppi” Koller. He died unexpectedly on Whit Monday at the age of 83.

The good soul of the club

With Josef Koller, JT Holten not only loses its longest-serving and most successful trainer, who at the age of over 80 led the units in the hobby groups judo and popular sports as well as gymnastics until March 2020, but also a warm-hearted person who always had an open ear for everyone would have. “Our sincere and heartfelt condolences go to his family,” said Holten’s 1st chairman Ralf Najdowski, representing all Holten judoka. “Juppi”, as everyone just called him, was considered the good soul of JTH. The association expressed its thanks in 2015 with the Silver Badge of Honor and the appointment as an honorary member.

A role model for young and old

As a holder of the 2nd Dan, Kyu examiner, Judo-B trainer, trainer at numerous schools in Oberhausen and of all ages and performance classes, including the men’s team, he has worked, initially with Grün-Weiß Holten, from 2000 with JT Holten, Taught judo for generations of children, youth and adults and taught them what it means to be a judoka. Calm and level-headed, friendly and obliging, yet always extremely modest in his demeanor, like no other he embodies and lives the judo values ​​in an exemplary manner for young and old. The judo team Holten bows one last time to their greatest sensei – Josef Koller.