Judo: Marie Branser threatens to “tear up” her Congolese nationality 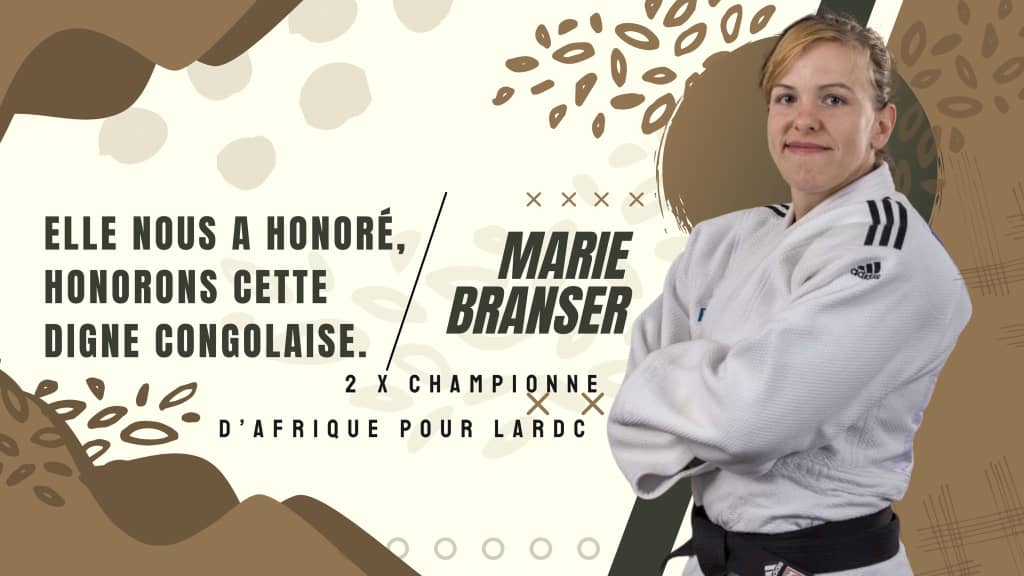 The Congolese judoka of German origin, Marie Branser threatens to stop representing the DR Congo in international competitions. A posture which follows the abandonment of which it is the victim on the part of the Congolese National Federation of Judo (FENACOJU).

From our Correspondent in DR Congo,

The story between Mary Branser is the DR Congo may be coming to an end. The Congolese judoka of German origin could give up the Congolese nationality which she has adopted since 2019. This threat follows the ignorance of which she is the victim on the part of the Congolese National Judo Federation. “Given the situation in which the federation finds itself with this disorganization, Marie Branser and I make a negative observation. And we risk making a negative decision. We’ll give up if things don’t change.” threatens the coach of Marie Branser, Petru Gherhes. Who has indeed decried the disorder that reigns within FENACOJU.

The Romanian technician continues:A solution really needs to be found for this federation and for this wonderful country. It is not for me or for Branser or even for our respective countries of origin, Germany and Romania, that we are asking this. Me, I work for free for the Congolese federation. But for now, we don’t have any rewards. We cannot ask the country to reimburse us for the money we have invested since Branser’s change of nationality. For me, the reward is to see my athlete, Marie Branser win and climb the ladder ” still plague the technician on the airwaves of Top Congo FM.

No participation in major competitions in 2022

Since her participation in the Tokyo Olympic Games in the summer of 2021, Marie Branser has however not taken part in any major judo competition on the international level. The Congolese athlete has also lost her title of African champion in the -78 kg category. This, after missing the last African Nations Championships in Oran, Algeria.

Something that Branser (29) bitterly regrets, who needs to earn points towards the Paris 2024 Olympic Games. “Marie Branser was ready to go and retain her title for the second time in a row in Oran after having managed to win it for the first time in Dakar in 2021. But she was not registered by the federation. All his potential opponents listed, we knew them, because Branser had already beaten them all. Now, there are other competitions which will start and which will count for the qualification for the next Olympic Games in Paris”, recalls his coach Petru Gherhes.

And to wonder about the future of his protege Branser. “How are we going to do this? We are lost. If they don’t want us anymore let them tell us. So far no one has the courage to do so. But we will make a decision soon.»