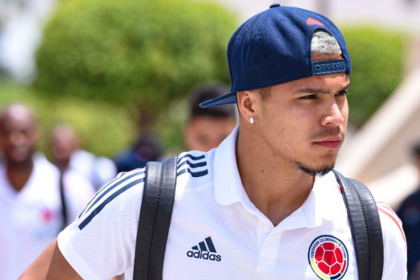 It moves the bag of Colombian players in soccer abroad. Juan Camilo Hernandez ended his first experience in Europe and began a new stage in his career. Controversial decision for many.

The ‘cucho‘, as it is nicknamed, arrived in the Old Continent in mid-2017, after an important step through Sporting Pereira and America of Cali. Although the Granada was quickly made with his services, the Watford He ended up signing him once he finished his time in the scarlet box.

Huesca, Majorca and Getafe were the teams that welcomed him in recent seasons (loan). Until he was finally given the opportunity Premier League. He made his official debut for Watford in the 2021-22 season and had several outstanding performances, even so his team could not maintain the category.

Leaving aside the possibility of playing in the Championship, a tournament in which, for example, Jefferson Lerma had been playing with Bournemouth, Hernández chose to return to this side of the world.

This Tuesday, the 23-year-old player was presented as the new star of the Columbus Crew from Major League Soccer. Unexpected bombshell in the case of one of the main young Colombian talents.

On the official website of the team they announce the following: “The Columbus Crew today announced a record transaction as they acquired Colombian striker Juan Camilo “Cucho” Hernández23, who joins the club as ‘Young Designated Player‘… The transaction represents the largest acquisition fee in the club’s history”.

The amount of the transfer is $11 millionbeing one of the highest values ​​in the history of the tournament even, and the contract will be for the next three years (2025).

Likewise, it was clarified that the player will occupy a foreign quota and his debut date is yet to be defined, considering that the sale of transfers in the United States opens on July 7. For now, the attacker is already in US territory.

This is how it was presented: