Jovic and Dieng, international prospects in the NBA draft 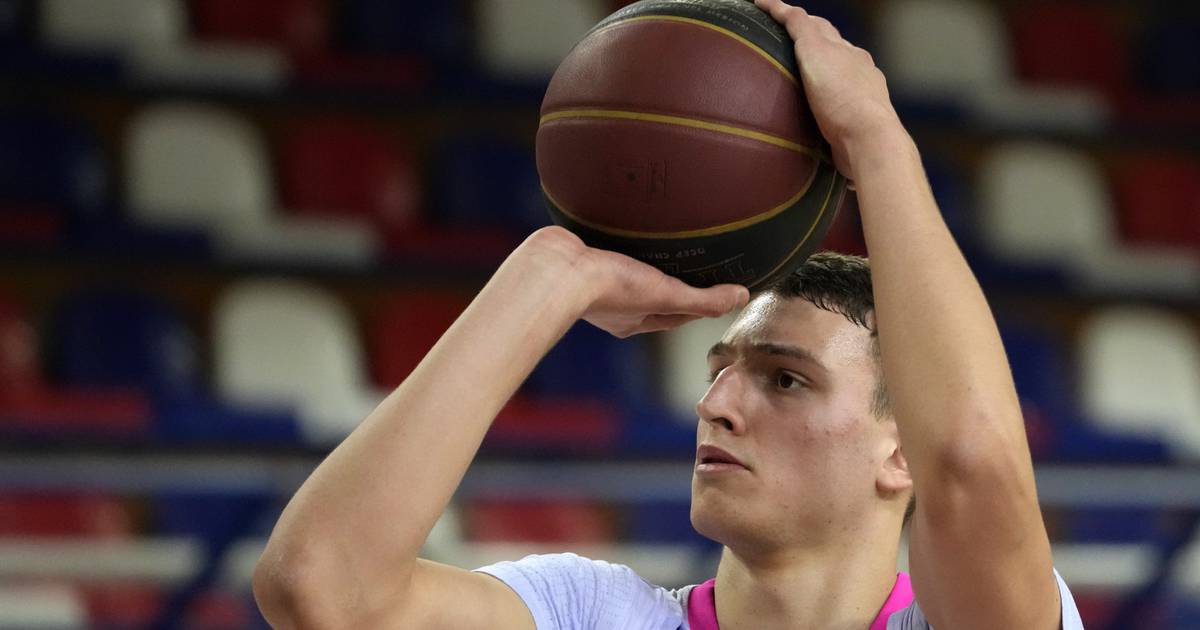 London — Frenchman Ousmane Dieng has moved to Australia for a while to hone his talents. Nikola Jovic stayed in Serbia, his native country.

Both are expected to make it to the NBA. They are among the top international prospects for the draft that will take place this Thursday night.

Both are versatile 2.08-meter forwards, who just turned 19, after completing their first seasons as professionals.

Dieng played for the New Zealand Breakers in the Australian National Basketball League as part of their future stars program, which has become a hotbed for the NBA.

Jovic was chosen as the top prospect in the ABA League, after his first full season with Belgrade’s Mega club, from which Nikola Jokic, the NBA’s Most Valuable Player, emerged.

Here’s a look at some of the top international players in the draft:

Jovic told The Associated Press that he had trained with the Houston Rockets and the San Antonio Spurs. As of Monday, the two teams had three first-round picks.

“My basketball IQ is really good. I am very good at choosing my shots and my passes. It is something that I can apply immediately in the NBA”, Jovic considered.

CONCERNS: Jovic doesn’t have a good sprint start. There were also concerns about his strength, before bulking up to currently weigh 101 kilograms (224 pounds).

Rafael Barlowe, director of scouting at the NBA Big Board, said Jovic is shaping up to be “an average defender in the league.” He added that putting him on a team where he fits will be key.

“He could end up in a bad situation like Deni Avdija (Washington), on a team where he doesn’t get a chance to handle the ball and gets stuck in a corner.

The svelte Frenchman bounced back from a slow start in Australia and gave glimpses of why he could be among the top picks in the draft.

His 3-point shooting percentage was less than 10% early. But during the last 12 games of the season he was up to 35%.

“I can adapt to any team, because I’m very versatile, so I can do whatever the coach wants,” he said. “I work very hard, I have good vision and I can do everything on the court.”

CONCERNS: The constancy in the shot and corpulence. It would have to be strengthened. He weighs 215 pounds (97.5 kilograms), about 10 pounds (5 kilograms) more than he did at the beginning of the season, when he came to look lost.

“The gap between the French third division and the NBL is really big. Everything is faster and rougher, ”she acknowledged.

– ISMAEL KAMAGATE: Center of Paris Basket. The 21-year-old Frenchman is averaging 11.8 points, 6.3 rebounds and 1.5 blocks per game. He denied nine shots in a game against Roanne.

– KHALIFA DIOP: Senegalese pivot from Gran Canaria in the Spanish league. He averaged 6.1 points, 4.2 rebounds and 0.8 blocks per game.

— HUGO BESSON: 21-year-old point guard who played with Dieng on the New Zealand Breakers. The Frenchman averaged 13.9 points, 3.9 rebounds and 2.5 assists per game. He made 30.8% of his 3-point shots.

– GABRIELE PROCIDA: An athletic Italian who hit 38.3% of his three-pointers for Bologna.

With fans reaching out to touch him, Michael Jordan is the center of attention at the ceremony to celebrate winning the NBA’s fifth championship on November 1, 1997, at the United Center. (John Lee/Chicago Tribune)