Josele Ballester, following in the footsteps of Sergio Garcia … and Jon Rahm 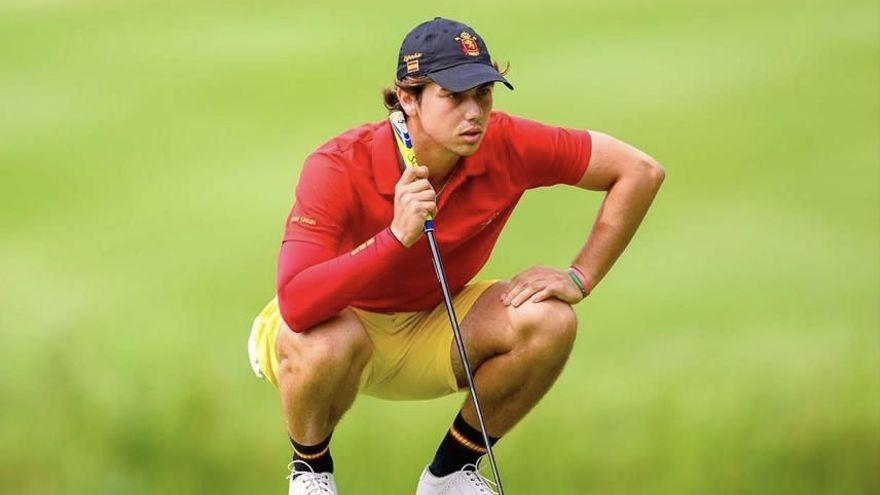 From this Wednesday to next Saturday, 144 players from 42 countries fight for the title of European golf champion, in the Valencian course of the Parador Golf El Saler. There are 14 Spaniards, among them the Castellón Jose Luis, JoseleBallester.

18 years old, considered one of the young Spanish players with the greatest projectionintends to go one step further in his career and shine at home: “This European championship is very special for me: it is an extra motivation to compete at home, that my family and friends come to see me…”, he said in statements a Superdeporte the man from Castellón, who started well: signed a first card of -3 (12th).

Josele is ambitious and willing to be among the best: «I am confident and I know that I have the capacity to be in the fight, although golf is very complicated: you never know how your week is going to turn out». “One day you can be fine and another day things don’t work out for you,” she clarifies.

Review of his career

Despite his youth, Ballester has a sensational national and international track record, as well as extensive experience. From the lower categories he has stood out in Spanish golf: he has been champion of Spain benjamín in 2013, alevín in 2015 and infantile in 2016 and 2017. But his consecration came in 2020 when, with only 16 years, proclaimed champion of the Copa del Rey, one of the most prestigious national competitions. On an international level, the representative of the Club de Golf del Mediterráneo He has participated in major tournaments, such as the Junior Ryder Cup, the British Boy, the Junior Orange Bowl… In Valencia, in addition to fighting for the continental crown, he has another motivation. “The European championship has an added prize, since the winner will be able to participate in the British Open,” warns the Castellón native, for whom the El Saler course has no secrets: “I have played on it and it is a very difficult route, in the one that is usually windy, but I hope to do well”, he explains.

The relationship with the Garcias

Josele, for many, is destined to be the successor of Sergio Garcíawho you know wellsince for many years he trained with his father, Víctor García: «I have been lucky enough to be able to play a lot with Sergio García, it is a privilege». Josele started playing golf when he was just three years old. «A friend of my parents introduced them to this sport, and I also started as a child», explains the man from Castellón, who started «in the Costa Azahar field, which was just two minutes from home», although he soon made the leap « to the Mediterranean countryside”, by Sergio.

The love of sport is in Josele’s blood, since his parents were athletes of the highest level: his father, José Luis Ballester, was 24 times Spanish swimming champion and participated in three Olympic Games; y his mother, Sonia Barrio, was part of the historic Spanish field hockey team, the so-called golden girlswho were proclaimed champions in Barcelona 92. “The example of my parents has always helped me a lot,” agrees Josele who, like his father, is also an accomplished swimmer.

The jump to the United States

This year, the man from Castellón has crossed the pond to start a new stage: «Right now, to be something in golf, you have to go to the United States»says Josele, who combines his studies in Sports Sciences and golf at the Arizona State University, the same one where he studied John Rahm. “I chose Arizona because it has very good golf facilities; I’m very good there, learning a lot, “says Ballester, who wants to go step by step and, for the moment, is not considering moving to the professional circuit: “My goal is to become professionals when I finish my degree.” “I’m still young and I don’t want to rush,” he says.

In the United States, Josele has also had the opportunity to play alongside Rahma regular at the University of Arizona, where the Basque usually trains: «As a person he is a 10: when you are with him, he is one more, very simple». Though admire Rahm and Sergio GarciaBallester does not hide that his lifelong idol is «Tiger Woods». “I think he is a player who changed world golf,” comment. “I grew up watching him play and I have always admired him,” she signs.