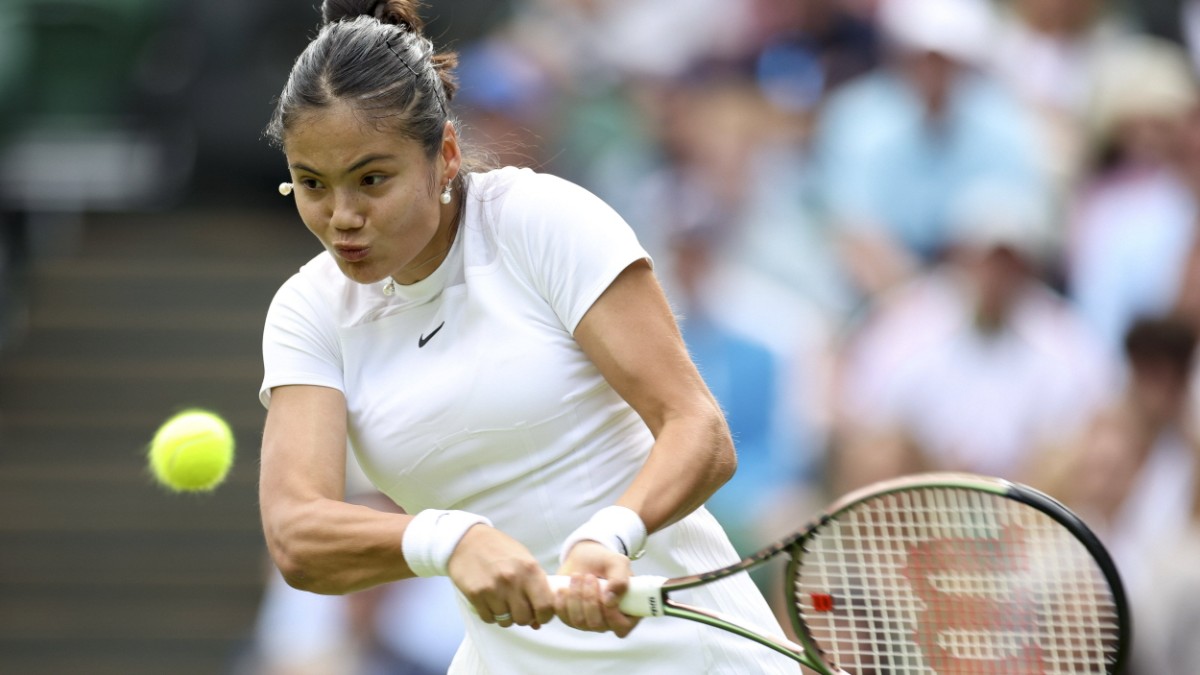 At a Grand Slam tournament, every professional has their own lot to bear. The British Emma Raducanu wears expensive body ornaments, the Ukrainian Anhelina Kalinina wants to win for her parents whose house was bombed, and Wimbledon is already over for last year’s finalist Matteo Berrettini – the Italian has Corona.

Tennis is an individual sport, which is undoubtedly particularly evident in Wimbledon these days. For example, anyone who is a friend of a certain extravagance was sure to enjoy the performance of British player Emma Raducanu, 19, on Monday afternoon. The 19-year-old, who surprisingly won the US Open last year but has often struggled with injuries and defeats since then, got off to a good start in the grass tournament. She defeated Alison van Uytvanck 6:4, 6:4, and during this game nobody noticed what treasures Raducanu wore on her body.

In any case, she was not asked at the press conference why she had walked onto the pitch with jewelery worth a total of over £35,000. The next day, various British newspapers report that she wore earrings for around 7,500 pounds. A bracelet was valued at £18,900. Behind the action is a world-renowned jeweller, who is officially supporting the new darling of the British media as a sponsor.

Much more important issues weigh on the Ukrainian Anhelina Kalinina, who won her first Wimbledon match 4: 6, 6: 2, 6: 4 against the Hungarian Anna Bondar. The 25-year-old then reported that her parents’ house was bombed; huge holes are in the walls. Kalinina now meets her compatriot Lesia Tsurenko and of course this duel is a special one in these times. They don’t know for sure yet, both said, but they might want to come up with something to point out the fate of Ukraine, which has had to cope with heavy attacks by the Russian army in recent days. It was also a touching sentence when Kalinina said she was “not a superstar” and that she was trying to help where she could. With the prize money in Wimbledon, she not only wants to support her family, but also others at home.

Everyone in tennis really has their own lot, for better or for worse. Oscar Otte from Cologne lost a piece of luggage with shoes and tennis strings on his way to London, after all he intuitively decided to stow the rackets as hand luggage. His 6-1, 6-2, 6-1 win against Peter Gojowczyk from Munich was all the more impressive. Last year’s finalist Matteo Berrettini had to digest devastating news – the Roman, one of the favorites for the title, tested positive for Corona. He was “heartbroken”. After all, as he announced, he only has mild cold symptoms. Juhann Begarin and Ismaël Kamagate return for a year with Paris

Antwerp on the eve of a boiling challenge in Istanbul: “A goal to achieve”