Jennifer Kupcho wins at the end of the suspense 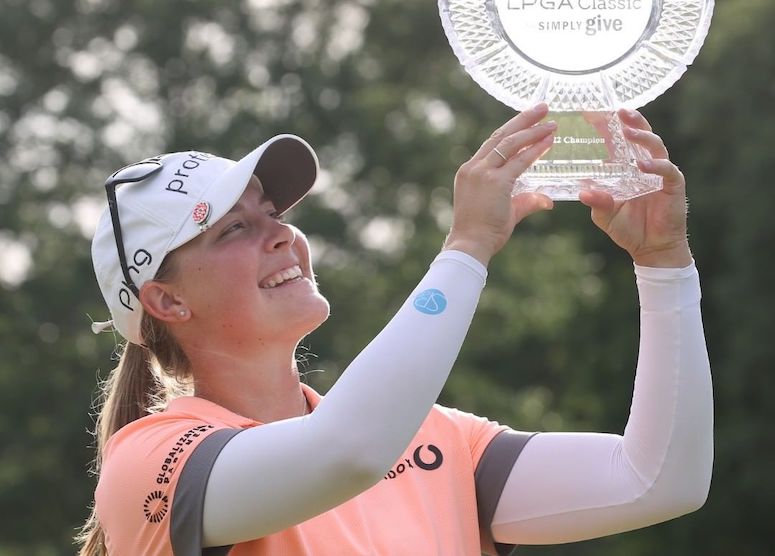 In a final round with many twists and turns, Jennifer Kupcho won the title this Sunday at Blythefield Country Club in the play-off. Celine Boutier finishes 40th.

We needed a double screen this Sunday for two big golf shows. The last round of theUS Open will not have disappointedthis end of the Meijer LPGA Classic no more. It must be said that we did not expect less with a tight leaderboard and a host of stars in the race for the last lap.

It was not necessarily the one we thought about the most who planted the first banderilla. Gone early seven shots down on the head. Leona Maguire got back to the head thanks to a fantastic 65 (-7).

At the same time, the leader and defending champion Nelly Korda suffered. Three bogeys tarnished her day but three birdies, the last of which at 18 allowed her to equalize the mark of the Irishwoman.

Wait for the curl on @jenniferkupcho‘s birdie and @NellyKorda answers with a birdie of her own as the two share a lead at -18! 😤 pic.twitter.com/SHDx288XU1

In the same part as the Olympic Champion, Jennifer Kupcho started her game very badly with a double at 3 and a bogey at 6. But she took over the reins of the tournament with an eagle and three birdies compiled between 8 and 14. A bogey at 16, and an unlucky par at 18 made her return a card of 71 (-1), enough to conclude the 72 holes with a tie at three.

The play-off could have been cut short. revenge, Jennifer Kupcho landed his second shot on par 5 of 18 less than a yard from the flag, but his putt relatively didn’t even hit the hole.

Nelly Korda eliminated, the two other players left on 18. And this time it was the Irishwoman who missed the inevitable at less than a meter, thus offering victory to Kupcho.

Other players will have animated this last round. With his 68 (-4) error free, Lydia Ko misses a point in the play-off. Lexi Thompson came back close to the lead with four birdies on her first 11 holes but a poor pass later dashed her hopes of success. She finished fifth by two points with Jessica Korda, Carlota Ciganda and the wonder Thaïlandaise Atthaya Thitikul.

For the solo lead 💪@Lexi is on top of the leaderboard at -18! pic.twitter.com/H1AyQbhVoj

One last card under par

It’s on the way Céline Boutier thrilled her supporters. A birdie at 1, two bogeys at 4 and 5 followed by an eagle at 9 punctuated his start to the game. The number 1 tricolor then chained nine pars on the return mainly due to a lack of success on the greens (33 putts). She finally ranks 40th.

As a reminder, Agathe Lainse et Perrine Delacour missed the cut. We will find on Thursday these three players as well as Pauline Roussin-Bouchard in Maryland for the KPMG Women’s PGA Championship, the third major of the season. 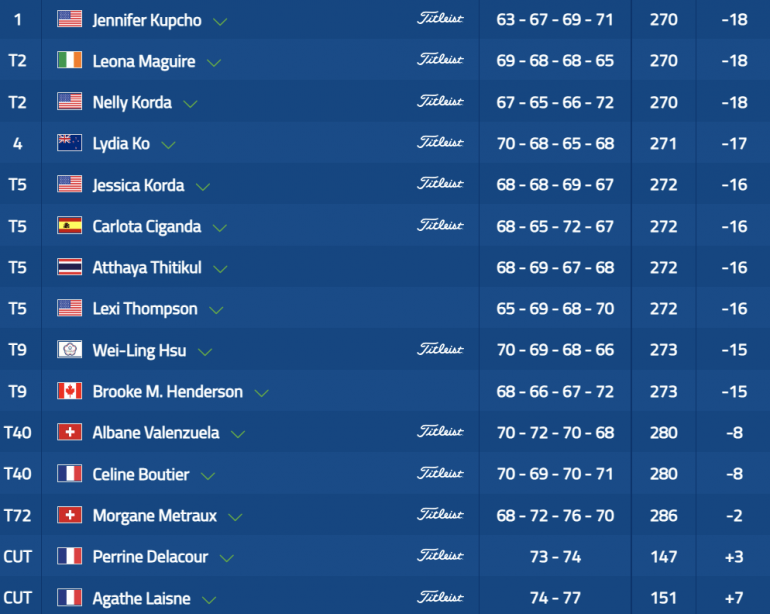 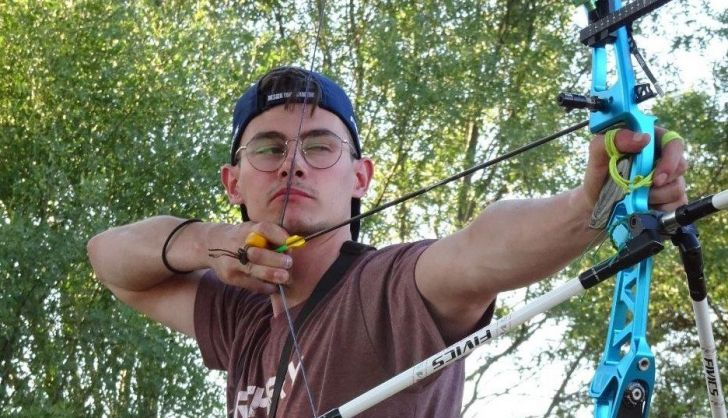 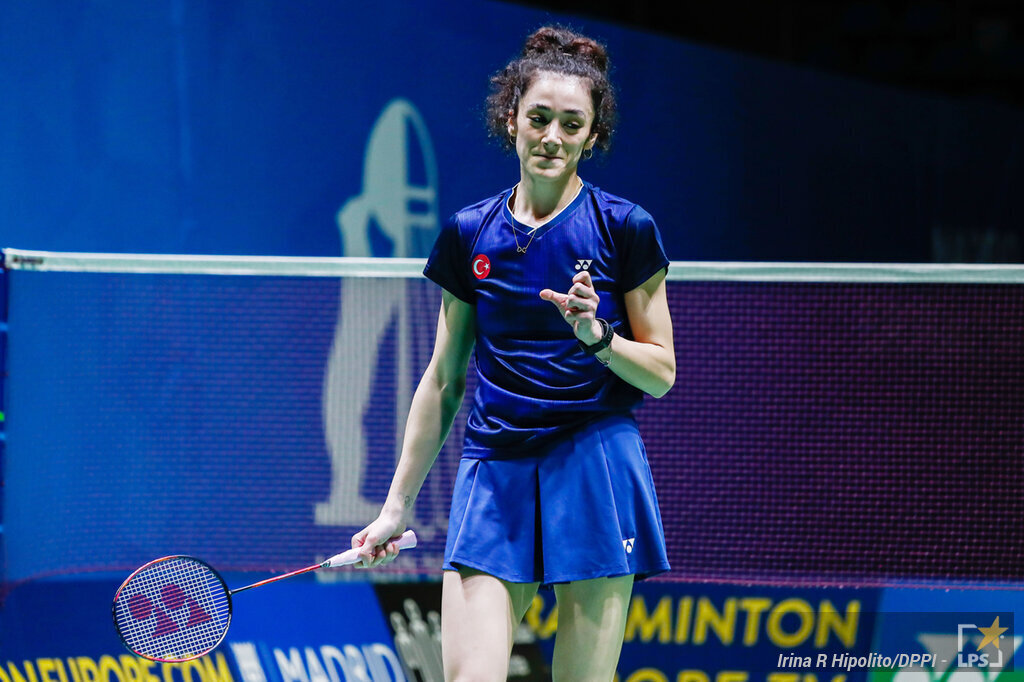